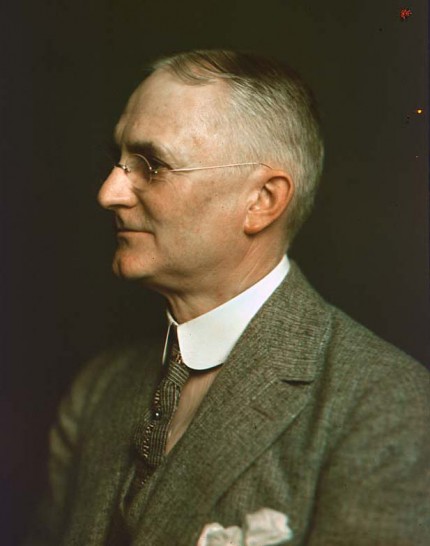 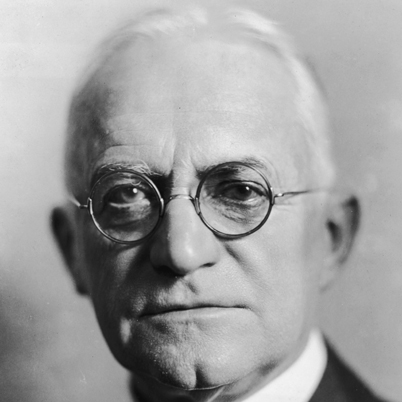 “Light makes photography. Embrace light. Admire it. Love it. But above all, know light. Know it for all you are worth, and you will know the key to photography.”

Today, the 12th of July 2013 marks the Birthday of one of the most prolific inventors in photographic history, heralded as the father of modern photography and motion picture film. Happy 159th Birthday to George Eastman!

George Eastman changed the course of photography forever with his revolutionary inventions of flexible roll film and the Kodak camera of 1888 as well as the legendary $1 Brownie camera of 1900, making photography available to the masses!

Eastman was a high school dropout, judged as“not especially gifted” when measured against the academic standards of the day. His family were quite poor, but even as a young man, he took it upon himself to support his widowed mother and two sisters, one of whom was severely handicapped. At the age of 14 he began his business career as a office boy in an insurance company and followed that with work as a clerk in a local bank.

George Eastman, and his ability to overcome financial adversity, his gift for organisation and management, and his lively and inventive mind made him a successful entrepreneur by his mid-twenties, and enabled him to drive Eastman Kodak Company into the limelight of American industry.

When Eastman was 24, he made plans for a vacation to Santo Domingo. When a co-worker suggested he make a record of the trip, Eastman took that upon himself and bought a photographic outfit with all the paraphernalia of the wet plate days. He learnt how to use it to take pictures that cost $5. Eastman in the end didn’t make it to Santo Domingo, but he did become completely absorbed in photography and sought to simplify the complicated process. Through reading various British magazines he discovered that photographers were making their own gelatin emulsions. These glass plates were coated with emulsion and remained sensitive after they were dry which could be exposed at leisure. Using a formula taken from one of these British journals, Eastman began making his very own gelatin emulsions.

By day he worked at the bank and by night fall he was engrossed into making his own emulsion in his mothers kitchen. These experiments took Eastman three years to perfect but by 1800 he had invented a dry plate formulae as well as patented a machine for creating large numbers of the plates!

In April 1880, Eastman leased the third floor of a building on State Street in Rochester, and began to manufacture dry plates for sale. As his young company grew, it faced total collapse at least once when dry plates in the hands of dealers went bad. Eastman recalled them and replaced them with a good product. “Making good on those plates took our last dollar, but what we had left was more important – reputation.”  “The idea gradually dawned on me, that what we were doing was not merely making dry plates, but that we were starting out to make photography an everyday affair.” or as he described it, “to make the camera as convenient as the pencil.”

His next journey in creating accessible photography was making something lighter and more flexible than glass. The first approach was to coat the photographic emulsion on paper and then load the paper in a roll holder. The holder was used in view cameras in place of the holders for glass plates. The first film advertisements in 1885 stated that “shortly there will be introduced a new sensitive film which it is believed will prove an economical and convenient substitute for glass dry plates both for outdoor and studio work.”

This system of photography using roll holders was immediately successful. However, paper was not entirely satisfactory as a carrier for the emulsion because the grain of the paper was likely to be reproduced in the photo. The solution was to coat the paper with a layer of plain, soluble gelatin, and then with a layer of insoluble light-sensitive gelatin. After exposure and development, the gelatin bearing the image was stripped from the paper, transferred to a sheet of clear gelatin, and varnished with collodion — a cellulose solution that forms a tough, flexible film. As he perfected transparent roll film and the roll holder, Eastman changed the whole direction of his work and established the base on which his success in amateur photography would be built, which in turn completely changed photography forever!

The internationally known name as Kodak remains today the most recognizable brand name in the world (tied with Coca-Cola). George Eastman actually made this name up in 1888. He remarked to a magazine editor in 1920, “The letter K has been a favorite with me. It seems a strong, incisive sort of letter.” It’s also believed that the letter K was chosen in homage to his mother’s maiden name, Kilbourn. With his mother, Mr. Eastman tried a number of letter combinations, creating words that started and ended with the letter K. Eventually, he settled on Kodak, a name universally identifiable and not translatable to any other meaning in any other language (an important aspect for marketing and patenting).

The name George Eastman is widely regarded not only as a pioneer in modern photography but also as a man with great integrity and generosity known for going above and beyond for his employees. Unlike many other companies of his time, Eastman brought together a blend of human and democratic qualities, with remarkable foresight, into pushing the business forward. Strongly believing that employees should have more than just good wages – a way of thinking that was far ahead of management of people from that era. If only this kind of thought and care would’ve been carried through to the modern day Kodak.

At the age of 77 14th of March, 1932 Eastman sadly took his own life on with the use of a single gunshot to the heart, leaving behind a note that simply said “To my friends, My work is done, why wait? GE”. (Shown below)