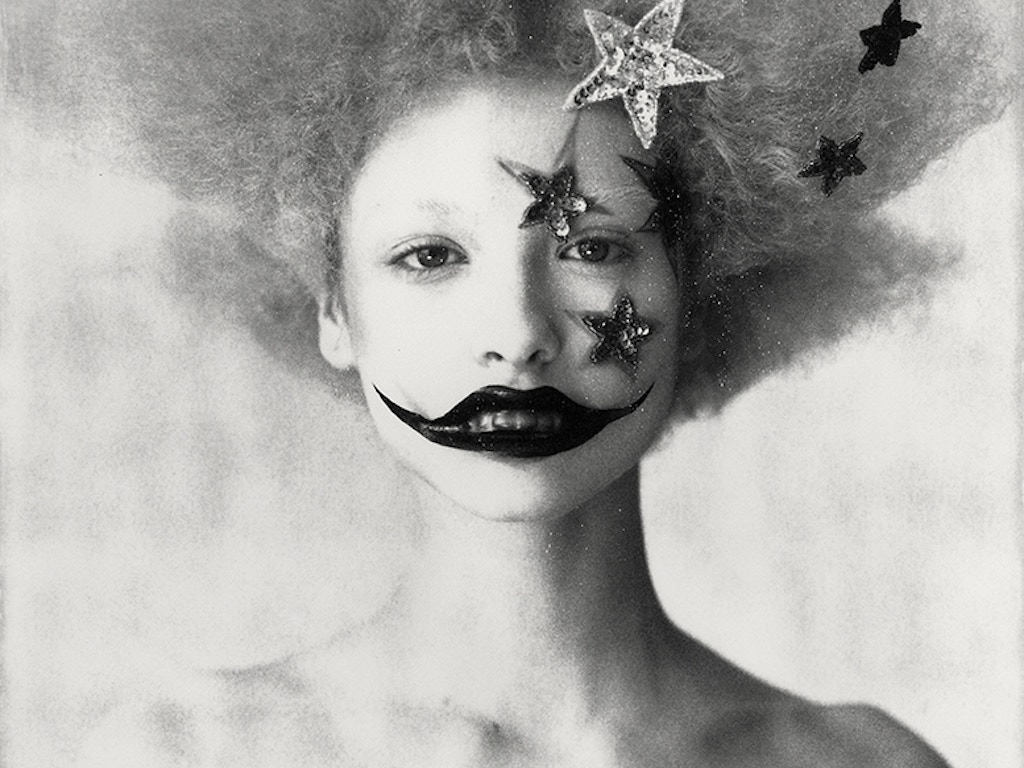 New55 FILM is a new instant 4x5 film that produces a superb negative, and a positive print too. Read more

This project was successfully funded on May 5, 2014.

New55 FILM is a new instant 4x5 film that produces a superb negative, and a positive print too.

As a contributor to this Kickstarter project at the higher reward levels, you will receive boxes of first-run manufactured New55 FILM "First Edition" (5 sheets per box).

Shipment will likely be no earlier than 8 months after a successful funding.  Shipping is included for United States backers.  Backers outside the United States are charged an additional fee to cover shipping costs (see Reward details at right) and will be responsible for VAT in countries where it is applied and collected.

This is not a pre-sales initiative.  New55 FILM's Kickstarter campaign is a collaboration of artists coming together from all parts of the Earth to fund the manufacturing capacity of an important creative material.  The fulfillment of boxes of that material at the end of the project can be thought of as icing on the cake.

If this project doesn't reach it's financial goal, then New55 FILM will not go forward as a manufactured product.

As a New55 FILM backer you will be making history.  But you will also be constructing the future of Post-Digital professional darkroomless analog photography.  Here, we -- a group of artists (from every continent) -- will take up the means of production.  Where large-scale industrial capacity has failed to adapt to the major technological and behavioral shifts from the rise of digital photography, a small-scale factory that is modular, scalable, and humane in its flexibility will begin manufacturing an important and necessary photographic material -- New55 FILM.  We now have the opportunity and the responsibility to make it happen.

Although New55 FILM is based on a similar single-shot architecture as old Polaroid type 55, New55 FILM will trade upon its own unique tonal characteristics.

HOW DID WE GET HERE?

To make a long story short, it was a lot of hard work and also a lot of fun. (This is Bob speaking ...)

The initial motivation wasn't anything glamorous: I just noticed that The Impossible Project said they were not going to work on 4x5, and so I said, on Twitter, that I would look into it.

The gamut of my inventions runs though all things that detect something such as heat, radio and light waves, or sound. In this case, lightwaves through a lens appealed to my inventor's instinct, along with the knowledge that a new era was opening up in materials science and nanotechnology -- which is plainly evident in the diffusion transfer reversal (“DTR”) process that Andre Rott and Edith Weyde invented for Agfa just after World War II.

Like any project, New55 FILM started with researching patents and papers, buying the important books that exist in any field, and contacting people with knowledge who are willing to talk. After establishing a basic understanding of the technology, I set out to locate the pieces: industrial resources, vendors and others who could supply the materials - often materials that nobody has made for a long time - in some cases things that nobody makes anymore. That job isn't done and there are more places to explore after a successful funding effort.

All of this transpired out in the open on the New55 FILM blog where, from 2010 to today, you can read about the research, experiments, epiphanies, dead ends and insights that bring us to this Kickstarter project.

We will use the proceeds of this Kickstarter project to fund the final component specification work, the acquisition of assembly machinery, pay for hired engineering, general and assembly help, cover material costs and the purchase of the parts inventory for the "First Edition" manufacturing run of New55 FILM instant peel-apart 4x5 film.

We estimate that the machinery sourcing, development and qualifications alone could account for about $250,000, and the parts inventory connected with the 25,000 assembled sheets of New55 FILM (that's 5,000 boxes) will cost a minimum of $75,000.  The remaining $75,000 is needed for overhead and general expenses.

We've already contacted several potential suppliers to get quotes on parts and line up specification and delivery steps, but there is more to do.

The 4x5 sheet film component -- the negative -- could come from any one of five potential suppliers including Kodak, Ilford, Foma, Adox or Shanghai.  We still need to determine through more testing which negative works the best with the receiver sheet and developer that is finally chosen. The plan is to use a cubic grained emulsion, since this is known to have rapid processing capability and fast transfer to the positive.

The receiver sheet -- the positive print -- requires significant research and development. Most of the New55 FILM examples you have seen used 20x24 Studios' coaterless receiver sheet. We hope to work with 20x24 Studios to create a reliable supply of receiver for this project and the future, if possible, as coaterless sheets are also compatible with the 20x24 camera. But, that type of sheet is very complex and has at least 8 layers to it.  A coater-type receiver sheet, more in keeping with "Old T55" is also a possibility and may be a necessity if we are not able to make the coaterless type.  Coater type sheets are somewhat less complex to make, but still have 6 layers. The coating is only one of several important requirements for the receiver: It must have just the right stiffness, thickness and be free of curl. It also has to be light proof, and not swell and shrink during processing. Quite a set of requirements for what looks like just a piece of paper.

An "edge taper" is a machine that we will investigate to assemble the top and bottom of the sleeve together into a peelable assembly. It is assumed that some kind of inking or printing needs to go on this piece so that users will know which is the "lens side". This machine will have to be designed from the ground up, then built on the premises. It is a significant amount of work and expense.

Each envelope also needs a "stop" which is a thick paper bar bonded to the outside. The purpose of the stop is to prevent the user from pulling the sleeve out too far during exposure. A cutting tool and assembly fixture, and adhesive applicator are required. At this moment, we think that a thermal adhesive and thermal press can apply this strip, using a guide tool, and also perform some of the final thermal bonding on the end of the envelope to allow easier peeling. Two machines/fixtures are needed, at least.

The metal clips that slide into the 545 holder are important and have to be made carefully. The old T55 clip was made with soft steel that had been painted. Painting adds a lot of cost to a sheet metal part and we think it will be easier and better to use a stainless steel clip of a lighter and stronger gauge. Either way we will be buying a tool for use in four-slide machines, and have that part supplied to us by one or more vendors. Our hope is that we do this once, and not have to modify the tooling. If we have a problem, we will possibly have to make new tooling and do other things.

Once we have clips, they must be securely attached to the tongue - a part that holds both the negative, and the chemical pod. The tool used for crimping and thermal adhesive steps has to be designed, built, and tested, and then we have to make sure it can be assembled repeatably and reliably.

The "pod" is a critical component. It has to be sealed and yet also has to burst in just the right directions with just the right amount of pressure. As of this writing, 20x24 is offering to produce these for us at a per-unit cost. Not only is the assembly of the pod critical, what goes in it is also crucial, as it contains developer, fixer, solvent, thickener and toners, along with pH boosting ingredients needed for rapid diffusion transfer reversal to take place. 20x24's formula for their black and white film is the starting point, and may have to be reformulated depending on the final negative stock and the characteristics of the receiver sheet. Production of the chemical pod is a major undertaking and will happen in parallel with development of the other components.

The entire process of development and manufacturing New55 FILM, and shipping the completed boxes of film to Kickstarter contributors is risky, and estimated to take eight months from the initial funding, but it could be delayed for a variety of reasons as there are long wait times for certain processes and materials to be made, cut, formed, coated etc.

The principal challenges for getting New55 FILM to contributors on time include component uncertainties and the usual management risks facing complex manufacturing projects. At worst, the project could deliver late or quality could be well below expectations, or the project could fail to deliver at all.

Mitigating these risks is Bob Crowley's long experience as a materials research scientist and inventor. Bob has a track record of success in commercializing intricate new products in the medical devices, sound reinforcement and wireless communications fields. This is a source of confidence in the team's capability to achieve its goals. The unusual innovations achieved in New55 FILM's product development phase are a strong indicator of the project's chance of success, but various things could go wrong, especially where new materials are involved. It is possible we could engage in a months-long course with a paper coating vendor, for example, and still end up with an unusable part requiring us to start again.

Sam Hiser's decades of management experience in finance, software and start-ups will be applied to the smooth conduct of our business affairs. This is crucial for a Kickstarter project of this magnitude.

New55 FILM has had the benefit of advice all throughout its product development from wise heads in the instant film industry and we particularly appreciate the valuable ongoing support we receive from the folks at The Impossible Project, 20x24 Studio, Soundwave Research Lab and from a growing group of accomplished photographers who -- like us -- are really eager to have a fine, professional, darkroomless, analog 4x5 film in steady supply. As practitioners of the art, they know that instant film is a complex product with many stringent requirements.

Technical problems might prevent the timely production of the receiver sheet.

The project may be under-funded and require additional capital to proceed.

Important supplier agreements for film stock could be delayed.

The supply of pods and reagent may be interrupted requiring a start-from-scratch effort.

The performance of the product could be lower than we expect.

This Kickstarter project is not a pre-order initiative. It is an attempt to fund the manufacturing capacity and product design effort for a new photographic film.

Learn about accountability on Kickstarter

Ask a question
Report this project to Kickstarter