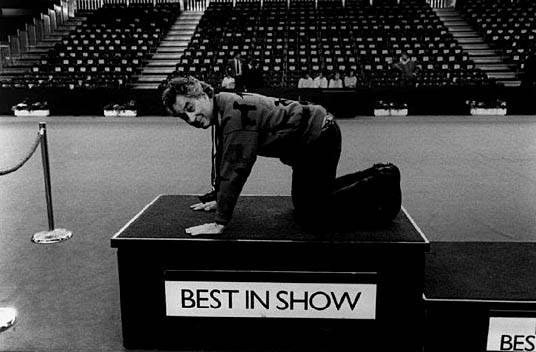 An archive of more than 50,000 signed prints that Magnum photographer Elliott Erwitt had said he sold “about a year ago” to hedge fund billionaire Israel Englander and his wife, ICP board chair Caryl Englander, have said the archive will now be housed at the Harry Ransom Center at the University of Texas in Austin, they announced on the 22nd of September. Erwitt sold the archive, which includes all of his prints “up to a certain recent date, I forgot which,” he says. The sale did not include negatives, or his copyrights, which he has retained. “Nothing changes for me. I’ll continue printing, selling prints, and producing books,” he says. “I keep on trucking”.

Known for his images of amusing captured moments, Erwitt began his fascinating career in the late 1940s, and has produced nearly two dozen books since the early 1970s.  His next book–called ‘Sequentially Yours’ (published by teNeues)–is scheduled to ship October 15th. A long time member of Magnum, and won the ICP Infinity Award for Lifetime Achievement this year. Now 83, Erwitt says his decision to sell his print archives to the Englanders was a simple matter of estate planning. “I’m not a spring chicken,” he says. He also went on to say Caryl and Israel Englander approached him about purchasing the archive, with an offer he apparently couldn’t refuse, and the intent to donate the archive with his blessing to the Ransom Center .

Erwitt has six children and eight grandchildren, but didn’t want to leave his archive to his heirs “because it’s a very big archive and requires professional handling,” he says. “My children will get the benefit of the archive, but the archive itself would be a terrible burden for anyone except a place like the Ransom Center.”

Other significant photo collections have been attracted to the Centre in recent years, including the archives of photographers David Douglas Duncan and Arnold Newman. The Center also holds the Magnum press print archive, which was donated by computer mogul Michael Dell last year after he purchased it from Magnum. Erwitt says Magnum was not involved in his decision to steer his own print archive to the Ransom Center.“The facilities at the Ransom Center are extraordinary,” Erwitt says. “I was invited there a year and a half ago. I looked around, and that was the ideal place”. Under its agreement with the Englanders, the Ransom Center will house the Erwitt collection for five years, yet Erwitt says he expects his archive to remain at the Ransom Center “indefinitely”. The Ransom Center says it will make Erwitt’s prints available for use by researchers, scholars and students, as well as promote interest in the collection through lectures, fellowships and exhibitions.