Welcome to the new tutor2u website. Find out what's new. 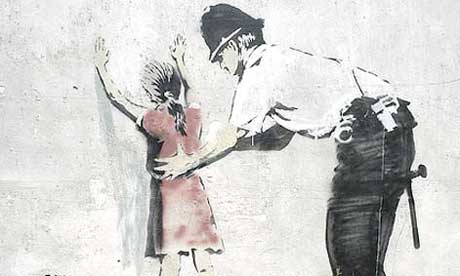 This case is an important one on stop and search and is also useful for a summary of the powers of the police to stop and search under s44 of the Terrorism Act 2000. The case concerns two journalists who were stopped and searched under this power and sought a judicial review of the police’s exercise of the power. The case went all the way to the (then) House of Lords and was dismissed there. The two journalists then appealed to the European Court of Human Rights, alleging breaches of various Articles of the European Convention on Human Rights, including Article 8, the right to respect for private and family life.

The Court found that the use of the coercive powers conferred by the anti-terrorism legislation to require an individual to submit to a detailed search of their person, clothing and personal belongings amounted to a clear interference with the right to respect for private life. This could have serious implications for the way the police are currently using this power, which the Court found to be too wide and lacking adequate safeguards.

The Court also found that the risks of the discriminatory use of the powers against persons from ethnic minority backgrounds was a very real consideration and the statistics showed that black and Asian persons were disproportionately affected. The Court found that the use of stop and search powers was not in accordance with the law and a breach of Article 8 ECHR.

Interestingly, the judgment also tells us that, although a senior officer must authorise activation of s44 stop and search powers with the approval of the Secretary of State for up to 28 days, in fact applications have been made on a rolling basis so that, in London at least, s44 is always in force, removing the requirement for an officer to have reasonable grounds for suspicion that the suspect is carrying prohibited or stolen items, and widening the items that can be searched from jacket, outer coat and gloves under PACE. OF course, resisting such a stop and search is an offence punishable by a fine, prison, or both.

Another intersting fact noted in the judgment refers to the increased use of stop and search; between 2004 and 2008 the total of searches recorded by the Ministry of Justice went from 33,177 to 117,278.

A case full of discussion points and great for critcism of the use of Terrorism Act 2000 powers to stop and search individuals even where there is no reasonable suspicion of anything untoward!

For your students, the Guardian have now picked this up.

Andy Howells is Head of Law and Business at a large northern Sixth Form College and a former solicitor.

Legislative process for the IWB & video

Only 42% of prisons are safe