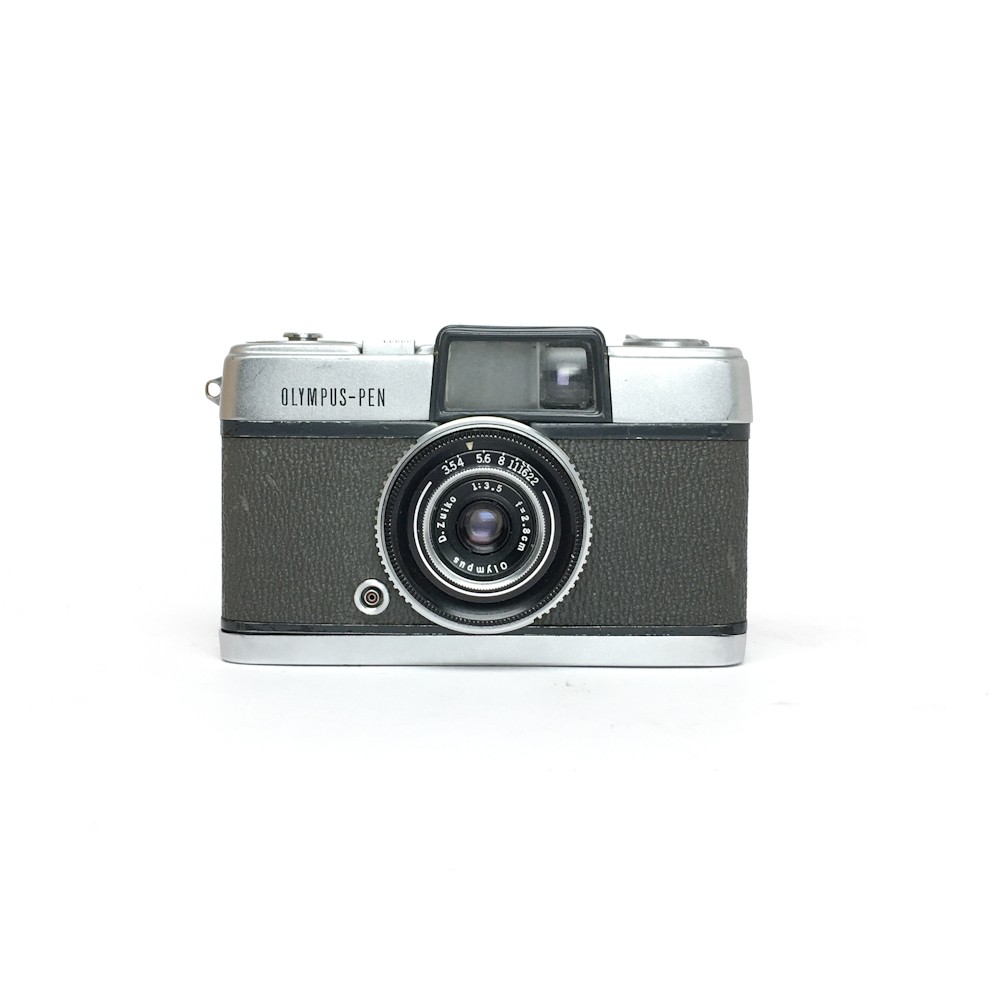 The tiny 35mm half-frame viewfinder camera that kicked off the brilliant PEN series of compact cameras, the Olympus PEN. Deigned by the same man who brought us the OM, XA and mju series of cameras, the PEN was designed to be as small and as portable as possible, just like a pen.

As the PEN series of cameras are half-frame you can get double the amount of photos off a roll, so instead of 36 photos you’ll get 72. There’s no light meter in this one so you might need a hand held light meter to start with but once you get used to it you’ll be able to shoot without. You’ll need to set the aperture on the front of the lens, the shutter speed on the base and guesstimate the focus distance, which sounds tricky but you’ll pick it up in no time.

The Olympus PEN would be a great little camera for those who are looking for a little half-frame viewfinder camera which a flash can be attached to and is really easy to carry and reliable.