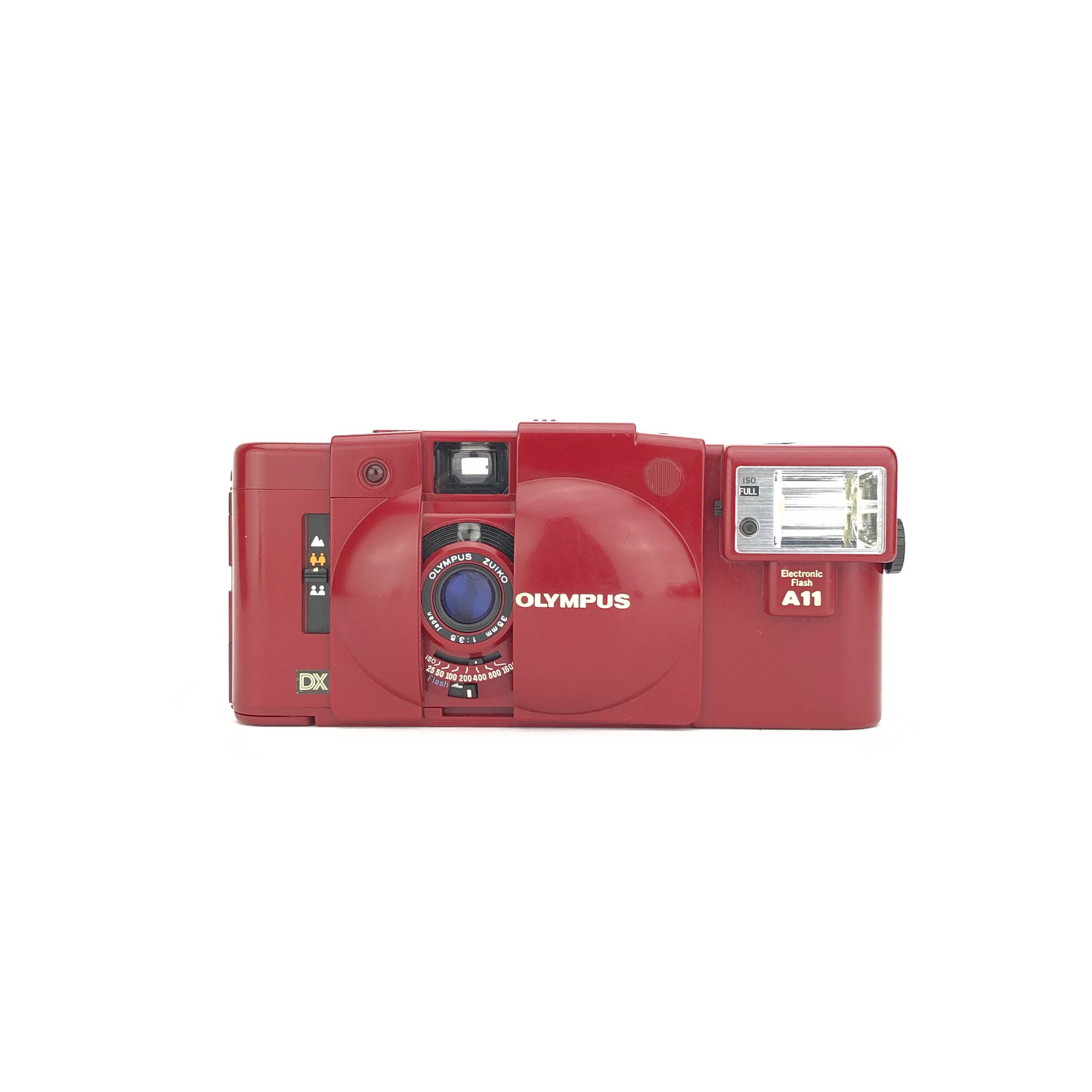 The XA3 was designed to be a super portable camera which can be used by anyone and creates good quality sharp images.

Originally released in 1985 build on the already very successful Olympus XA Camera range. The Olympus XA3 features automatic exposure and a zone focusing system much like its older brother the XA2,  but it adds DX encoding (Sets the film iso automatically, by reading a barcode on the film) & an added extra iso setting (1600) when setting the iso manually. It also brings back the fantastic backlight correction when metering which first appeared on the original Olympus XA.

The XA3 was designed to be a super portable camera which can be used by anyone and creates good quality sharp images. It’s a slightly more manual version of the more modern mju and is about the same size & also features a famously good ƒ3.5 35mm lens.

The flash will come attached to the camera but can be easily removed whenever it’s not in use, and needs 1x AA battery to work.

It’s a great camera for those who are looking to move away from fully automatic point and shoots, for a slightly more manual version, which can be very easily carried around wherever it may need to go.