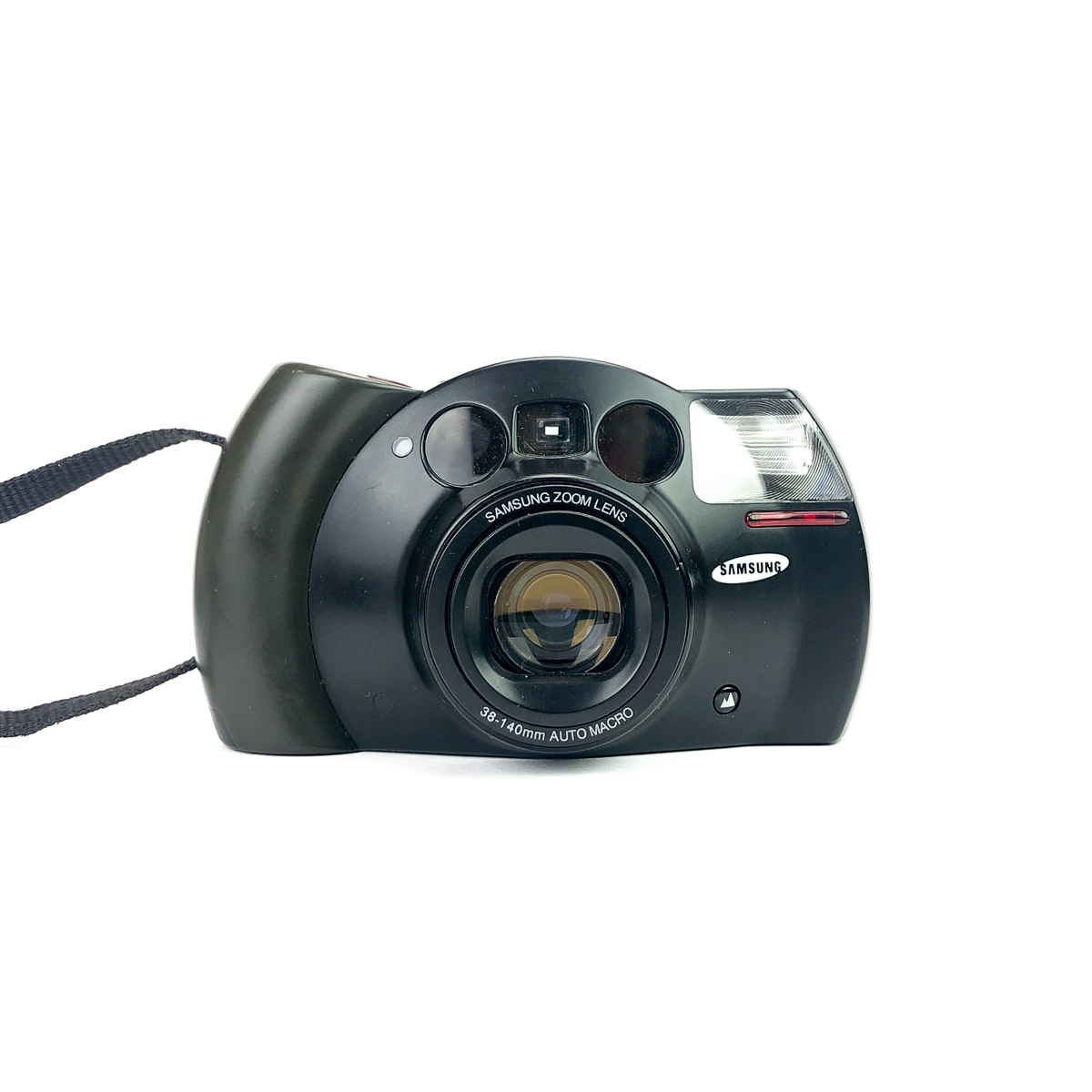 Upon release in 1994 the camera won EISA and TIPA awards!

Introducing the Samsung ECX 1. It’s a 35mm compact camera designed by Porsche. This ones got a 38-140mm macro lens, auto wind and rewind, a built in flash with multiple settings, a self timer and you can switch it between the standard 35mm frame and a panoramic one!

We really like the design of this one, it’s a beast that’s bit bigger than most compact cameras but it’s features and design make it worth it. You control the flash, self timer and modes through the screen on the top and the panorama on the back.

The Samsung ECX1 Panorama is a 35mm point and shoot camera that was designed by F.A. Porsche in 1994. The camera is known primarily for it’s cutting edge design upon release, but also packs an impressive amount of features. The strap comes built in and the camera, and although a bit bigger than most point and shoots, still sits in the hand well. Upon release the camera won EISA and TIPA awards in 1994. The camera will switch to macro mode if it reads that the subject is too close and you can switch between a standard 35mm frame and a panoramic one mid roll by flicking the switch on the back.

This one takes 2x CR123A batteries and a roll of film.