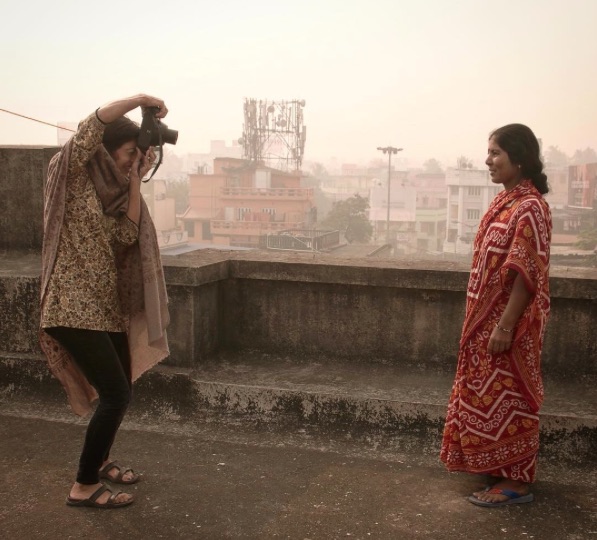 Imagine never having a family photo album, or not having a decent print of yourself as a child or not having a picture of your parents or grandparents. Well in most parts of India this is a reality. Yet GivePhotos, a fantastic project run by Bipasha Shom is trying to change that, where since December last year she and her family have been giving away 1,000 Fujfilm Instax prints.

Shom grew up in New Jersey but when she was younger would make regular trips to Calcutta to visit relatives. This is when the thought struck her that neither the maid nor the driver at one of her relatives’ home had any family photograph!

We were able to catch up with Shom to discuss this brilliant project further….. 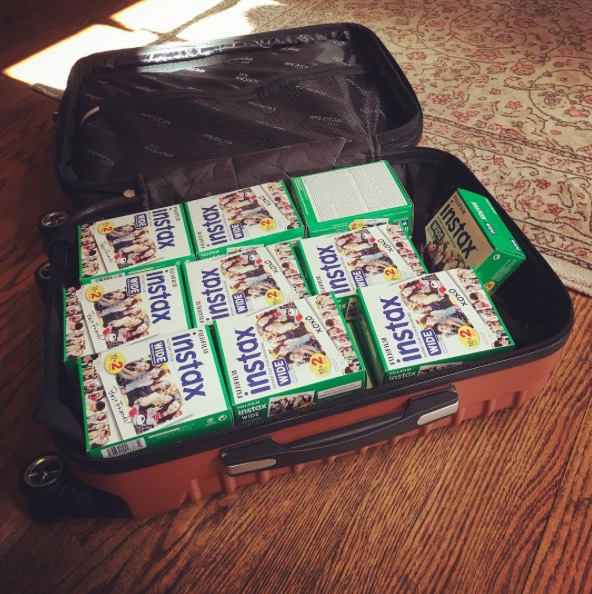 Film’s Not Dead: We think this project is such a great idea! What made you start GivePhotos?

Bipasha Shom: My family came to the U.S. when I was just two years old. I grew up in New Jersey but traveled back to India a lot as a kid to visit relatives.

On one of our trips I realized that there were many people who had no family photos. It was hard to fathom. These were people who worked for my family cleaning or cooking. And I thought, can you imagine not having a single image of yourself as a kid, no wedding album, no photos of your parents?

I also watched a film called ‘Siddharth’  set in India where a young boy goes missing. His parents are extremely poor and they have no pictures of their son. The police can’t track him down without a photo. Here in the West, with our cellphones, computers and cameras bursting with images, we’ve forgotten how valuable photography can be to people. When I wrote to Fujifilm to see if they would donate the film for the project they responded right away. We were so grateful to have their support.

Film’s Not Dead: Why did you decide to shoot on film?

Bipasha Shom: On my previous trips to India I was shooting digital and giving away photos after getting prints. It was time consuming and sometimes difficult to coordinate. The beauty of instant film is the immediate sense of gratification.

We had considered bringing a digital printer with us to print photos that way but ultimately decided that the instant camera print was a much better choice. With the digital printer we would have to lug around ink cartridges and a power supply and the paper. The instant cameras gave us freedom of movement. The cameras are so simple to use we had our young kids use them to give photos. Also there is a certain magic in seeing a photo develop before your eyes. We were able to capture that when we gave people their photos.

Film’s Not Dead: What is the aim of this project?

Bipasha Shom:  There are several goals of the project.

One is to just give people a record of their lives. Many of the people we photographed only had a very small 1″ by 1″ ID card photo as their only image. They had no group pictures.

We also wanted to inspire other people to go out and give photos. Since we started the project we’ve been contacted by people around the world telling us that they will be doing the same. We’re finding more and more people using the #givephotos as they give away prints. The idea of using photography as a charitable tool is something that we hope to encourage. Its not the same as giving people food or shelter but I think its something that feeds the soul. I sometimes think about all the photos we gave away and what kind of lasting generational impact those images will have on people lives.

Film’s Not Dead: How many have you given out so far and what has the reaction been like?

Bipasha Shom:  We gave away 1,000 photos. We got an incredible reaction. At first I was a little hesitant as I wasn’t sure how people would react. What would happen is that we would show up at a place and then start by taking one or two pictures. By the time we left, there were throngs of people all wanting us to take their portrait.

Several people told us that they would hang the picture on their wall. Children often asked for more than one print. Families would run inside to grab their elderly parents so we could capture their only image. Mothers would often try to dress their kids up in their best clothes (usually their school uniforms). At one place we went to that was extremely impoverished there was a woman who said she had family photos in an album. We were surprised and asked to see the album. She went inside her two room bamboo thatch, dirt floor house and brought out a small flimsy 4×6 plastic book that held about 15 pictures. This was her family’s entire photographic collection.

People in India have responded very positively to the project. We got a large article about it in Kolkata’s largest English language newspaper. There have also been a number of other groups who have written about the project like Photoshelter blog,  Soul Pancake, DailyGood and Women You Should Know.

Film’s Not Dead: Where have you travelled to, to give these photos out?

Bipasha Shom:  We spent most of our time in Kolkata. We sought out some of the most impoverished areas of the city. We also traveled outside the city to rural areas. We found tribal people living on farms. We also took a train trip to Puri which is a coastal town. It’s not hard to find people who have no family photos in India. And yet, every day more and more people get cell phones. The problem is that the cell phones they use either have very poor quality cameras or people are too poor to even spend the money to make prints. And the print quality they get is very cheap.

We looked for people who were too poor to afford a cell phone. People who were living on a dollar or less a day for whom photos are a luxury item. 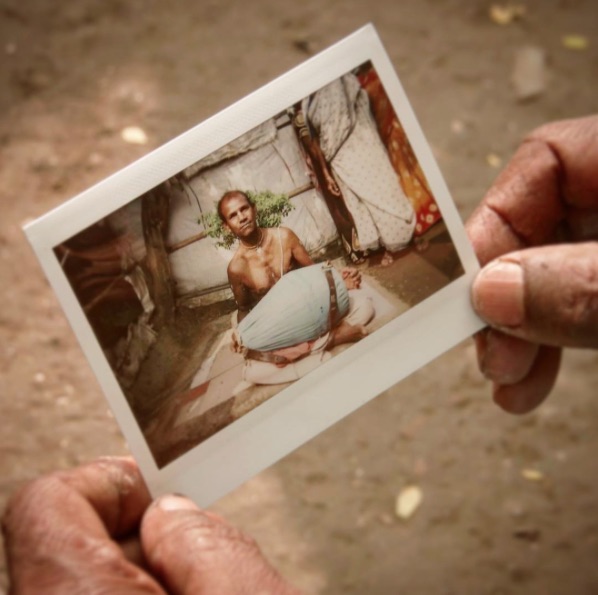 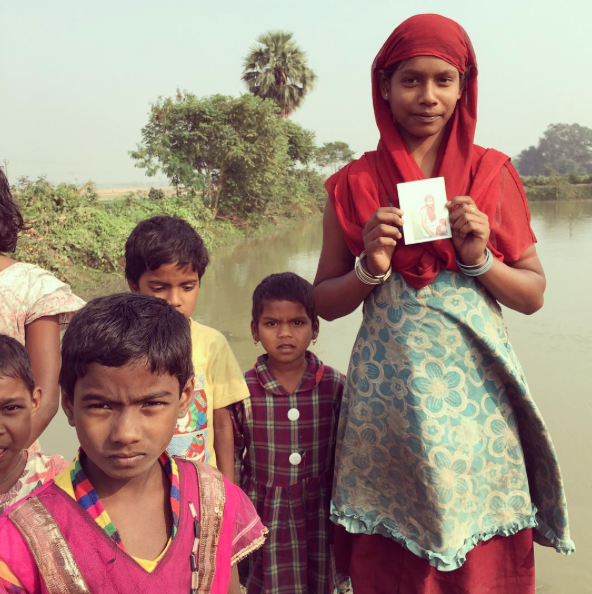 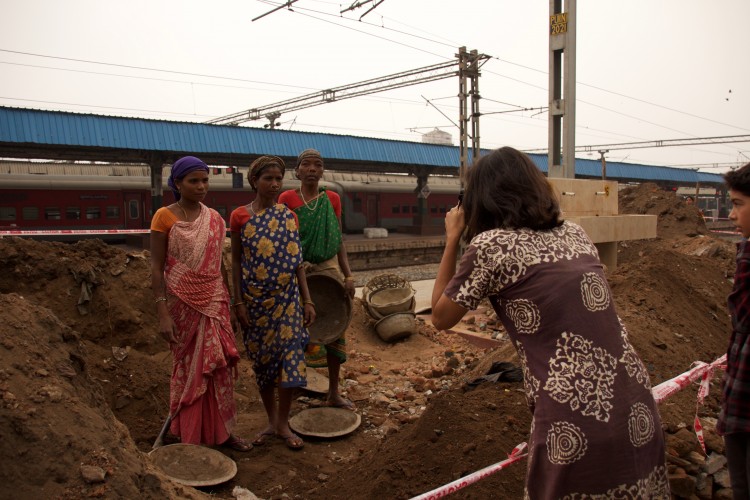 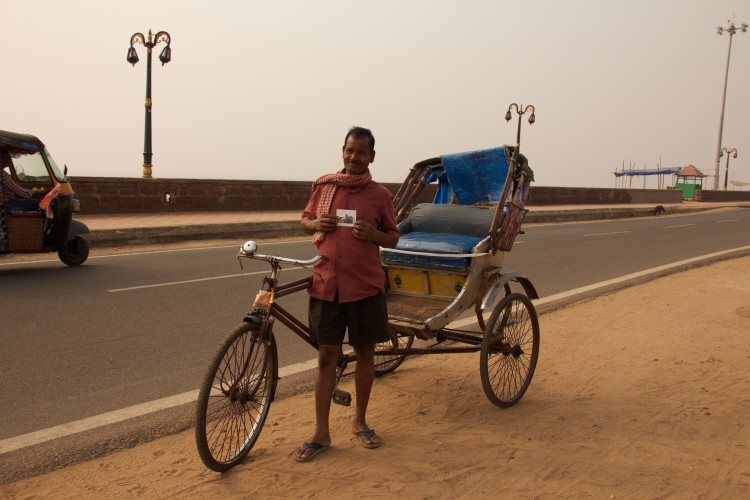 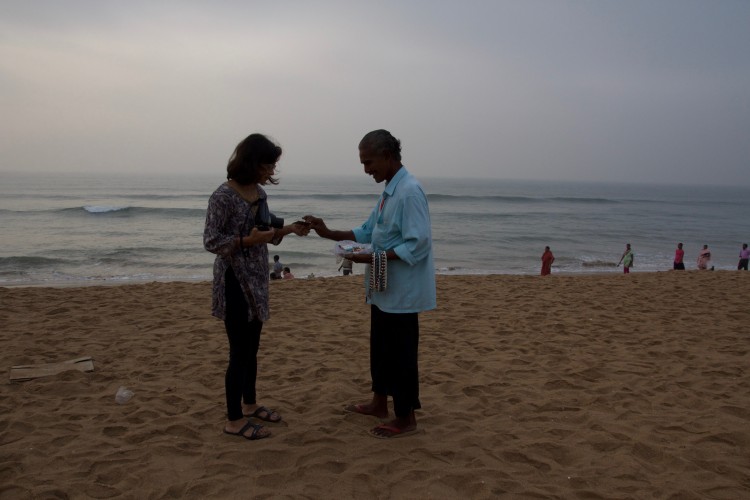 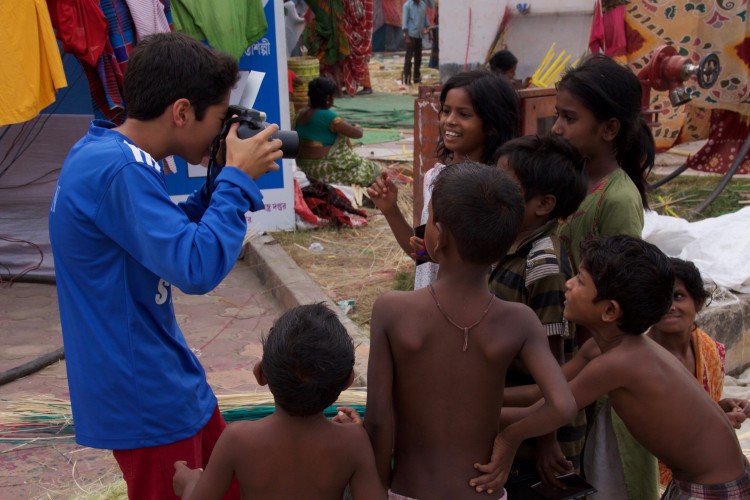 Make sure you check out the GivePhotos website and Instagram page to keep updated with their movements.