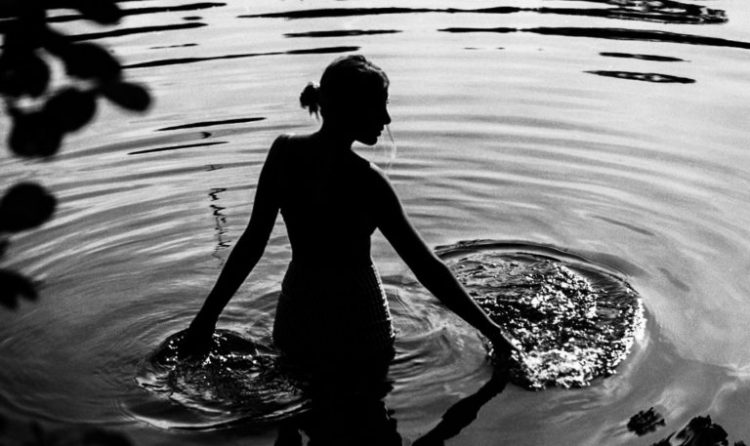 Introducing the 7th winner from the ‘For the Love’ competition with Kodak, Steve Glashier!

On the back of yet another month of brilliant entries Glashier’s image jumped right out at us. Not only is it a striking image, it’s tonally fantastic!

We caught up with Glashier to find out more about a man who’s body of work boasts incredible cinematic quality and striking portraits (Seriously, check out his website!)

To enter “For the Love” competition please click here.

Congratulations! Could you start off by telling us a bit more about yourself and the story behind your winning photo, ‘Vanessa'?
Glashier
I’m a self taught film maker and photographer, based in Berlin and London and for the last 3 years I have shot all my photographic work on film. Living in Berlin I have become obsessed with the water and the lakes, and this shot is just one early morning, just hanging out by a lake in summer. You shoot exclusively on film! Where did this love for analogue photography begin and why do you choose to use it?
Glashier
I always feel the answer to this is why wouldn’t you use it, it looks so nice. Film just has a certain different quality and makes you shoot in a totally different way to digital.

Where do you find you get most of your inspiration from?
Glashier
Really it’s just sat at home looking out the window thinking to myself.

What's a typical day for you and how do you go about finding the people you photograph?
Glashier
A typical day is just crossing things off list and then adding more, the bane of life. Instagram is the best way to find people and see what they already look like on camera, and living in Berlin really helps.

Your work is majority portraits, who or what makes a good sitter?
Glashier
It’s someone who doesn’t model, who doesn’t know all those model poses and is just totally natural. As well as taking photos your also a film maker. From your images you can see how ‘cinematic’ qualities come into it. How do you balance between these two mediums?
Glashier
These are two totally different states of mind and they can’t really cross over, I shot a project last year called Pretty Youth which experimented and tried to do both, it’s a short film shot directed and shot by me but all in still images on 35mm cinestill film.

What’s your go to film and why?
Glashier
Portra 400 because the grain is very very fine, it works, skin tone is right, its expensive but the best. Your fleeting between London and Berlin, which lab/s do you use?
Glashier
Jet Photo in Berlin

How would you describe your work?
Glashier
I think I’m not the best person to answer that, I feel indifferent about it, everything written about it is by other people. For future photographers what’s your most valued lesson you’ve learnt that you could pass on?
Glashier
Make mistakes, become your own person and be unique, like what is your unique view? I want to see something no one else can show me, show me a new angle, a new voice. The camera and equipment don’t matter, copying other work won't ever help, be unique.

What’s on the horizon; do you have any up and coming projects that we should keep our eyes on?
Glashier
Films I Never Made is the latest project I’m putting out, it’s the culmination of the last three years shooting on film, a series capturing cinematic moments and narrative images influenced by my experience as a film maker, showing an innate cinematic view of the world, it’s a Hollywood celluloid aesthetic, timeless Americana. It’s about a fascination with narrative in photography, capturing the bits between shots, the moments between scenes, where the protagonists are used as actors rather than as models, trying to make them look different, think something different and not sell themselves. It’s natural light, unedited film scans, everything shot in-camera. I’ve also been shooting some Super 8 films, which is enjoyable and has some great effects and look to it. How do you see the current state of film photography and where do you think it will be in the future?
Glashier
I’ve been shooting film for 3 years and in that time the growth in film photography has been huge, and companies are responding, you see the reintroduction of Kodak Ektar film in 2008 and the new Koda Super 8 camera for example.

If you could take anyone’s picture - dead or alive - who would it be and why?
Glashier
The corpse of Groucho Marx, propped up out of the coffin with that moustache and cigar. Thank you! Is there anything else you’d like to say to the readers of Film’s not Dead?
Glashier
You can see a lot more of my work on my site, there’s sections on my Polaroids and the projects like Pretty Youth and Films I never made and also a shop to buy prints.