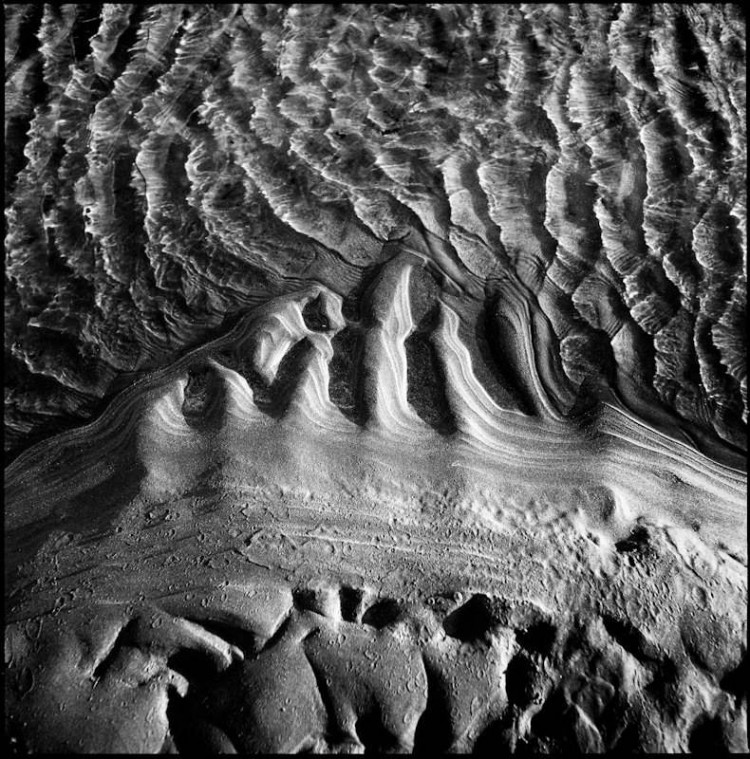 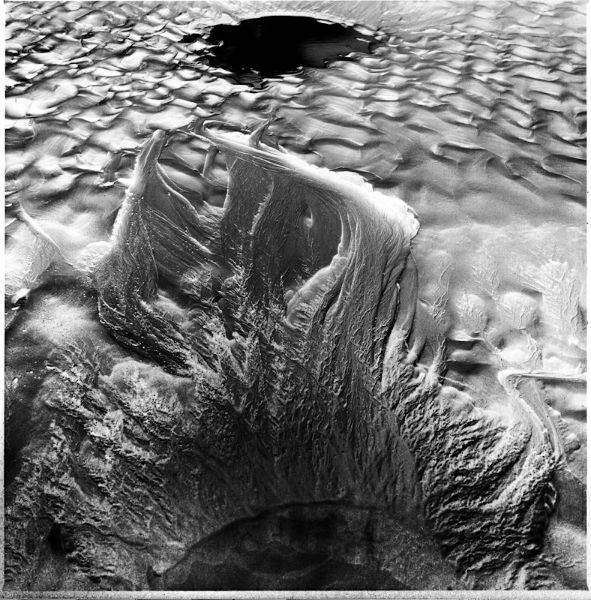 Jackson’s work is delicate, detailed and remarkably resembles the surface of the moon, which Jackson has said in other interviews that the Apollo moon landing images constantly sticks in his mind when he shoots the Poppit Sand beach in Wales. With his trusty 1970s Hasselblad camera and Zeiss 50mm lens in hand Jackson ventures out along the beach to document the low tide at sunset. For more than six years Jackson has been pursing this project and is still an ongoing study from this single yet simple idea that is so beautifully executed.

Recently Jackson has been experimenting with indoor studio landscapes when he is unable to go to the beach, where he has set up a fish tank using rocks and breadcrumbs to create some mysterious landscapes titled “A Child’s Landscape”. We were able to catch up with Jackson to talk to him about his unique work.

Film’s not Dead: You have produced a variety of beautiful series involving British landscapes as well as making your own handmade landscapes. Could you explain to us what inspires you to create this work?

Michael Jackson: My main work, besides my studio landscapes, is my ongoing study of Poppit Sands. I am constantly amazed how little time people give to some aspects of nature – be they photographers or not – when there is such a wealth of beauty in the smallest of things. I have worked at Poppit now for over 6 years, studying it and always trying to find something unusual that can lead me forward into maybe a different way of looking at it. I think that this kind of studying suits certain types of people and is a complete puzzle to others. But I think that you should always follow your gut feeling – so that is what I do. I think that dedicating yourself to this singular type of studying will eventually allow you to break through barriers and catch things that twinkle just for a moment – little secrets that are there just waiting to be found.

Film’s not Dead: What draws you to practice photography and in particular why do you use film?

Michael Jackson: Well, I started with film, like so many did, and have artistically grown up with film. I find that just the process of cleaning my old Hasselblad and getting it ready for the beach or the studio really gets my juices flowing! In my mind, when I shoot film, I imagine the light bouncing of the subject, through the complicated lens and then hitting the film. It is a comforting sensation to know that in that little film holder there are 12 imprints waiting to be born back in the studio. The other big benefit that film gives me is the negative itself. I often feel that the negative is the true image that you have taken, as it is the solid physical object that you get from a shoot. I also love the look of negatives – they open up so many exciting possibilities.

Film’s not Dead: Your work seems to be quite technical and well thought out. What is the process you have to go through to achieve these dreamy images?

Michael Jackson: With ‘A Child’s Landscape’ I spent a number of months experimenting in the studio. Certain aspects of Poppit Sands bled into my way of thinking with this series – water had to be involved somewhere. I had recently seen the work of Wayne Levin and loved the way his images made me feel warm. I had also seen the work of artist Norman Ackroyd – if you look at his work you will see the influence immediately. I had been experimenting with abstract forms underwater and was moving forward quite nicely with this when, one day when I was walking the dogs, I spotted a large collection of frost damaged rocks by the path. They were jutting up everywhere, all sharp and menacing. In my mind they looked like a mountain range and it occurrd to me that these could be photographed underwater. So I collected some and took them home. I found that by photographing the rock and then turning it upside down I could create an exciting image. At that point the creative joy of film kicked in because as I was holding the negative in my hands I noticed that the negative gave a much more compelling image than the positive. This is why I called the process the ‘Inverted Water Process’ – because the image was inverted in two ways whilst underwater.

Then it was just a matter of figuring out the best way to light the rocks, and how to best mix breadcrumbs into the water – and then a hundred other smaller details – and then I found I could reproduce my results. I have to say that digital also played an important role in this process. When I ‘play to create’ in this way I find that digital shots can keep the momentum going. Both film and digital have their creative advantages – it would be foolish to ignore that.

Film’s not Dead: With ‘A Child’s Landscape’ what made you venture away from photographing outside to taking your work inside into a more controlled environment?

Michael Jackson: I spend all day working on photography. I have an itch that I need to scratch all the time. I try to get to Poppit Sands as much as I can, but the weather here in Wales can be a little unforgiving sometimes. So I find myself in my studio going over the negatives, testing things out, thinking about how to work to get certain images. I think that this time is essential – you are laying the ground for bigger things. Your mind is free to wander and you can play. When I am at Poppit Sands there is no play – I am just keeping my fingers crossed that the beach will give me something. When I am in the studio I am in control. If something goes well I can work out why it went well and then build on it. 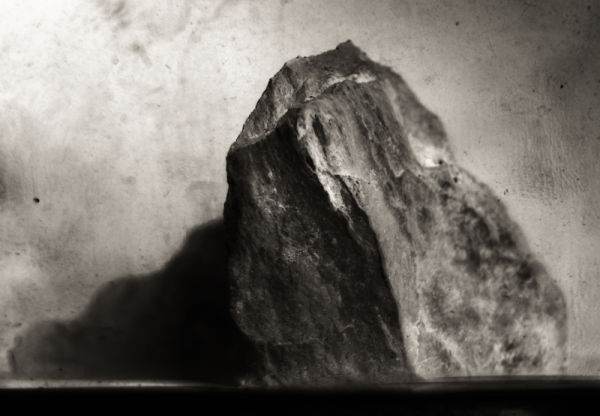 Film’s not Dead: Why do you choose to shoot on a Hasselblad?

Well, the Hasselblad fits so nicely in my hands. I like just looking at it. People say that the equipment is not important – I think that how a piece of equipment inspires you is very very important. If a Holga inspires you for whatever reason then you will take better images with it than a £30K Hasselblad. However, if a £30K Hasselblad inspires you then you will take a better photograph with it than with a camera that you have no love for. My old 500CM is like a trusty dog to me.

Film’s not Dead: Out of all your series you have done so far which would you say is your favourite one and why?

Michael Jackson: I would say that Poppit Sands is personally my most interesting work, as it grows and changes slightly, as we all do. However, new work brings a spring to your step – so ‘A Child’s Landscape’ is the one that I go to bed thinking of at the moment.

Film’s not Dead: Do you have any future plans, such any up & coming new projects?

Michael Jackson: I have many plans and ideas bouncing about – but most will not come to anything. I am getting to a point where I want to just focus on Poppit again. Something has caught my attention there these last few visits and I want to see where it takes me. I also feel that other ideas sometimes take me too far from the beach, and maybe I need to keep them more under control. When I am working in the studio I often find myself daydreaming about what events I am missing Poppit. I have one of these surfers watches that tells me when it is low tide. I find myself looking at it and wondering how the beach looks. 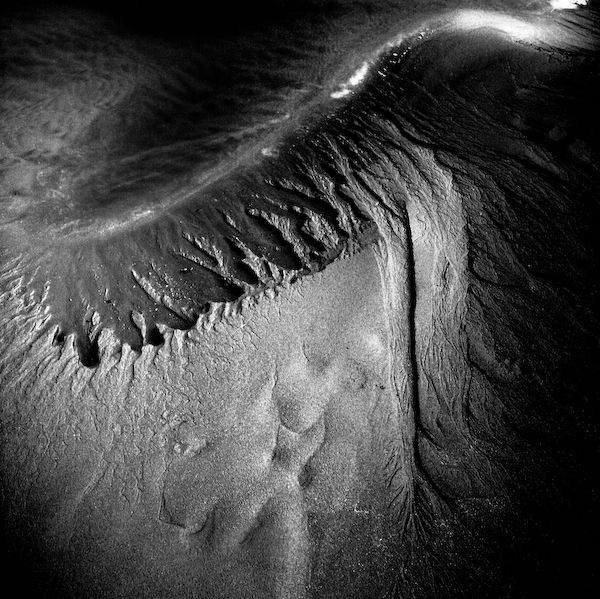 Michael Jackson: To be honest it hasn’t affected me at all – apart from making certain things easier. I come from a technological background but I am more than happy to just pick and choose products that help me move forward. Digital products and film products working side by side are better than just sticking to one or the other. I think that if you are open to everything that is new you can move into new ground by taking your hard won traditional techniques and using the best of both worlds. I think that anyone who declares their ‘hate’ for any process is just limiting themselves. But one thing that film does have is a lot of love expressed for it – and that love becomes inspiration and then that creates great images. Digital doesn’t seem to have that warm love thing going for it yet. Maybe one day it will.

Film’s not Dead: Thank you very much Michael for taking the time to do this interview with us, is there anything else you would like to say to the Film’s not Dead readers?

Michael Jackson: I would just like to say thank you, Tori, for giving me an opportunity to talk about my work. So often photography is a solitary profession and to answer questions like these can help make ones own thoughts more concrete. Thank you.