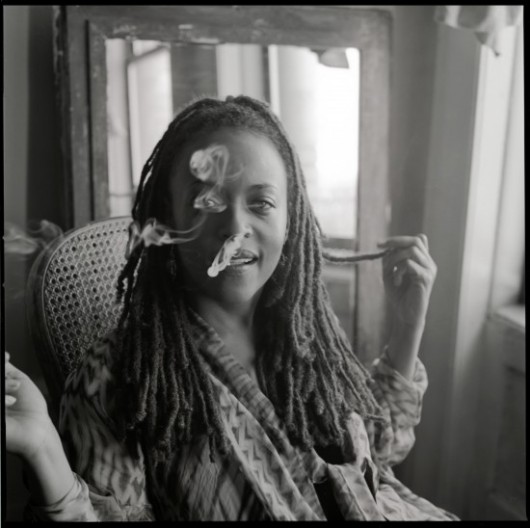 For further information: 07921 816754 or photochats10@yahoo.com – Peter Young at Photochats will be hosting a number of workshops and offers on the photographic facilities throughout the summer, to find out more either email or telephone from the above.

‘One Good Thing About Music’ is a compelling exhibition, displaying over 30 photographs taken by photographer David Corio who has managed to photograph some of the world’s most influential and international musicians over the past three decades. The list of musicians Corio has been able to photograph is endless, from the legendary Bob Marley to Marvin Gaye, Boy George, Barrington Levy, Missy Elliott, The Fugees and many more.

David Corio began his professional career in 1978 taking photographs for New Musical Express, followed by The Face, Time Out, and Black Echoes, covering an extensive range of music and portraiture. After a stint as a music writer at City Limits, he worked as a freelance photographer for the Daily Telegraph, The Times, Q, Theatre Royal Stratford, and Greensleeves Records, among others. Corio’s work has been published in the New York Times, The Times, the Telegraph, Rolling Stone, Q and Mojo.

“The years since have robbed David’s photos of none of their urgency or elegance and in the instance of fallen stars like Marley, Simone, Fela and Dury, lent them poignancy.”  “The unusual candour of the portraits he produced were a tribute to David’s easy way around people, celebrities or otherwise.”  Neil Spencer, former editor of the NME

We were able to interview Corio about how he became a music photographer as well as touching on specific moments in his profound career:

Film’s not Dead: What is it that drew you to photography?

David Corio: I’d always liked taking photos from an early age and my Dad and Grandad had both taken photos and to be honest I wanted to find a way of leaving school as early as possible. I started to go to photography evening classes when I was 14 at a local college and got into art school in Gloucester when I was 16 doing a two year diploma course.

Film’s not Dead: When or how did you turn your love for photography into a career?

David Corio: I had taken photos at gigs while I was at college starting in 1976 and was lucky that my sister was going out with a musician called Wreckless Eric who had got a record deal with the fledgling Stiff label. He invited me to take some photos at some of their shows and he was on the bill with Ian Dury, Elvis Costello and Nick Lowe. I got work experience with Chris Gabrin who was Stiff’s main photographer for a few weeks and I moved back to London properly in 1978. I got work printing in an industrial darkroom in the West End doing a mixture of black and white prints of all sizes and started taking photos at shows in the evenings and developing and printing them in my kitchen. I delivered them to NME first thing the next morning in the hope that they would use them. Eventually they started printing some of them and then began commissioning me to do shows and later to accompany journalists on interviews. I got enough work to go freelance in 1980 and went round record companies trying to get work and newspapers trying my hand at non-music stuff – mainly doing portraits.

Film’s not Dead: What was the first camera you used and what is your favourite one to use now?

David Corio: I started with a Praktika and progressed to a Pentax K1000 when I was first freelance. It was a really simple camera but built like a tank. I moved on to a Pentax MX, then Nikon FM2 which was probably my favourite. For film I use an old Nikon 801S, Leica M4P and Hasselblad 500CM and Mamiya RZ67. I always use manual cameras though. I’ve never been one to use automatic exposure or focussing apart from with digital.

Film’s not Dead:  Through your work you have come across a wide variety of people, who would you say has been one of your most memorable people to shoot and why?

David Corio: Well there have been many. Most have been musicians that I have already admired for their work. My favourites have probably been Dennis Brown, Curtis Mayfield, George Clinton, Bobby Womack, Bob Marley, Nina Simone to name a few. James Brown was probably one of the most memorable though. I met him backstage at Hammersmith Odeon in 1985. He had been giving me and the journalist the run around all day and when we finally met him he was sat wearing red rollers in his hair. When I was introduced to him he told me that if I got my camera out he would throw me and my cameras out the window and as we were on the third floor I respected his wishes. I asked him if I could photograph him just before he was to go on stage saying the photos would only take a minute to do. I didn’t expect him to take that literally though. He promised I could do backstage portraits after the show and after he had had his hair done again I was ushered in and he proceeded to time me. I had to persuade him to remove his mirrored shades and to lower a rose he was holding up to his face and got one decent portrait. After 60 seconds exactly I was escorted out of the dressing room!

Film’s not Dead: You seem to work a lot in black and white compared to colour, what is the reason for this?

David Corio: When I started working black and white was what people wanted and purely for economic reasons I couldn’t afford to shoot colour and pay to get it developed anyway.

Film’s not Dead: You have been able to photograph icons such as Grandmaster Flash, Alton Ellis, Bob Marley, what was that whole experience like?

David Corio: Well obviously with concert photos you don’t tend to meet the artist so it is a challenge as you are dependant on what the lighting is like and where you can manage to position yourself, whether people are in the way or whether microphone stands etc are in the way too. Each show is different and has different challenges but nowadays most large concerts only allow you to photograph the first three songs as well which is a real handicap. For portraits wherever possible I prefer to use available light and again it is dependant on what sort of mood the person is in you are photographing. It might be that you are in a sterile hotel room or maybe I will have time to scout out a few possible locations. I’ll tend to talk to them and ask them about themselves as it can put them at their ease. The sessions will normally be very short often only lasting for 15 minutes or so which means you have to think quickly to get the best you can in a short space of time.

Film’s not Dead: You started in the photographic industry at such a young age, how did you manage to find yourself in that position?

David Corio: Well I probably answered that earlier. I was the youngest in my class at night school and at college and at NME many of the people I was working with were only a few years older than me. Leaving school at 16 made me have to have my wits about me I guess but I didn’t think I was really younger than my contemporaries then.

Film’s not Dead: You were able to convince the security guards at a Marvin Gaye concert that you were part of the press, could you tell us how you managed that and what it was like photographing such a huge figure at the time?

David Corio: Usually I would either pay to get in to a show or have been able to arrange to get a photo pass if I was working for NME but this was one of my favourite singers playing at the Albert Hall so I thought I’d see if I could blag it. I guess that is something you would only do when you were young and I didn’t expect to get in. I didn’t even have a proper camera bag – just an old army surplus canvas thing that I always used so I certainly didn’t look like a professional.

I kept telling them that I worked for the Daily Mirror and that I had left my press pass accidently at home. Eventually they got sick of me being a pain in the neck and let me in. I was even more surprised to find that no other photographers were there and I had the whole of the front of the stage to myself for the whole show. The show was amazing. Marvin was making a bit of a comeback and gave it his all. His voice and phrasing were incredible.Often when I’ve shot concerts I’ve been so engrossed in taking photos that I haven’t remembered what the gig was like but this was great. The lighting was awful and I only took about 20 or so frames but it was something I will always remember.

Film’s not Dead: What would you like people coming to the “One Good Thing About Music” exhibition to feel or understand from you work?

David Corio: That’s up to them to decide I guess. I think I have been lucky to be able to photograph many people I have admired in music and the arts and to get paid for it and also to be able to travel a lot due to my work. I’ve always enjoyed printing as well as taking the actual photograph and think that is essential to good photography. It makes you put more into the work and hopefully puts your personality more into the work as well.

Film’s not Dead: What advice would you give to inspiring photographers now?

David Corio: Not to give up if you don’t succeed initially and to take photos for yourself and if possible to develop and print them as well. You don’t need lots of expensive equipment and in fact that can be a handicap. It is always worthwhile looking at many of the masters of 20th century photography to get ideas and inspiration and to try and work out how they got those photos. Go to exhibitions and look though as much imagery as you can.

Film’s not Dead: What do you think about the current state of photography?

David Corio: I don’t really follow current photography as much as I should. Although I will shoot digitally now for most work I am a firm believer that film is way better. Digital has cheapened photography and anyone with a camera in their phone may think they are a photographer.

It must be very hard trying to become a music photographer in this day and age as there are so many people out there and so fewer editorial outlets than there were when I was starting.