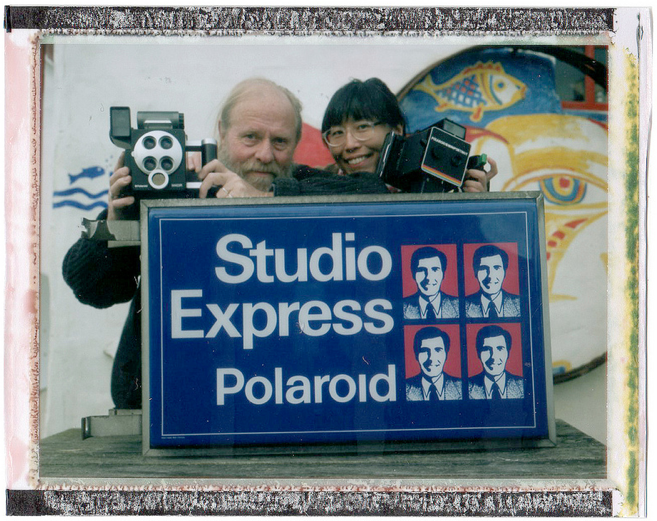 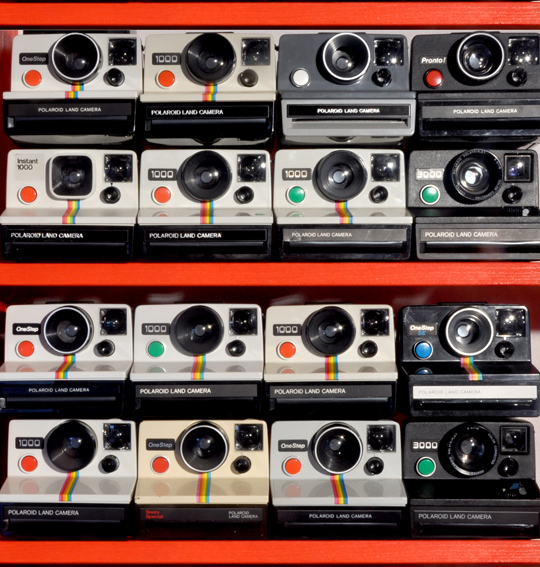 Francis Van Maele is “Polamad”. He’s known throughout the Polaroid community for his huge and varied collection of beautiful Polaroid cameras; he’s estimated that he has about 400 of them! We caught up with Francis to find out how this love for everything Polaroid came about:

Film’s not Dead: Welcome to Film’s not Dead and thank you for taking the time to do this interview. Firstly could you start off with telling us a bit about yourself?

Francis Van Maele: I took my first photographs when I was 11 using a Kodak Brownie. Since then I’ve always enjoyed taking photographs and developing them in the pre-digital era, but I never considered myself as professional photographer.

While I was working as an engineer in the 70’s I started to be interested in screen printing as a way of modifying photography.
After 10 years of engineering I had enough of it and opened a screen printing workshop. Then followed activities in publishing using photography and screen printing. After having been living and working in Luxembourg I moved to the west of Ireland in 2002. 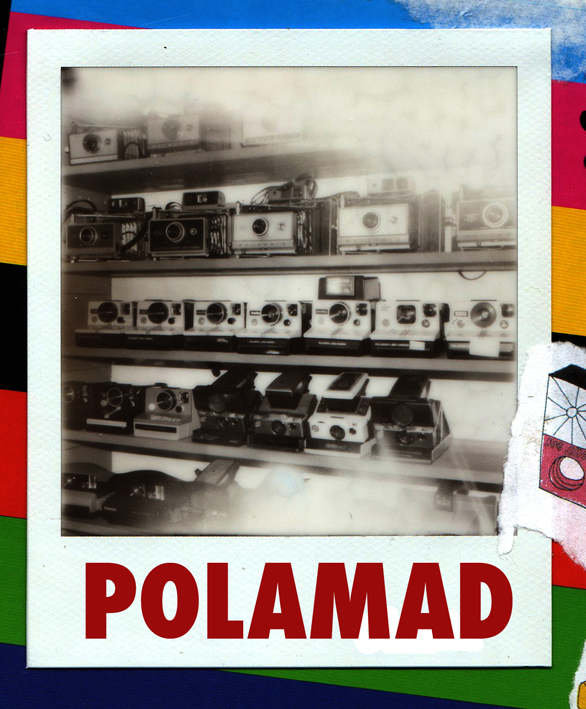 Film’s not Dead: “Redfoxpress & Polaroidmadness” is your flickr name, where did this madness for Polaroids begin?

Francis Van Maele: I remember well the big Polaroid my father had in the 50’s but was really never involved with Polaroid until my first cheap plastic Polaroid camera I bought at the end of the 90’s. I just used it to take a picture of each new visitor to the house which was then pinned on the wall in the bathroom. I was then not really aware of the multitude of models available until I held one SX-70 camera in my hands in summer 2011.

The fascination was instant and I started buying more and more cameras on ebay… not only to merely collect them but also to intensively use them. We’d collect only cameras which still can be used now, cameras for which films are still in production now (Fuji pack films and Impossible project films)

With my partner we started making books with our Polaroids. In 2012 we started a website www.polamad.com to sell polaroid cameras and accessories. This allowed us to continue collecting and to have it financed by the selling off cameras. 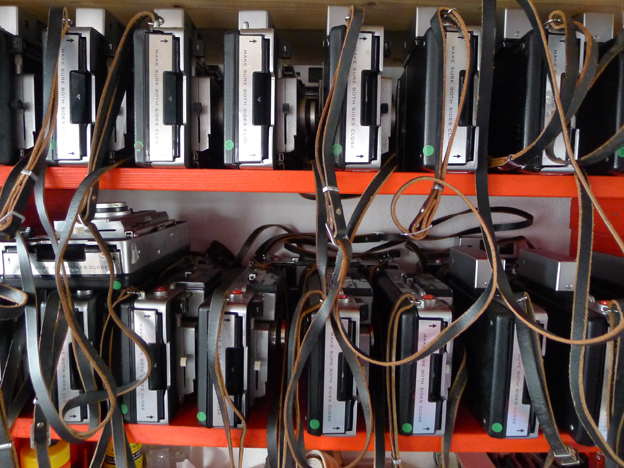 Film’s not Dead: How many Polaroid cameras would you say you have?

Francis Van Maele: I think it’s impossible to count them all .. My guess would be 400 in good working condition.

Film’s not Dead:  Looking through your blog I was really interest to see the exhibition you did in Kassel a few years ago where people used a Polaroid to take a self portrait of themselves. How did this come about and how did the public react to it?

Francis Van Maele: This was just an idea how to combine our Polaroid fascination with a project which involved many people. A project running over several months and culminating in an exhibition with Polaroid performances by visitors.
We received hundreds of polaroid self portraits and visitors in the galleries, people were even forming a queue to make their own self-portrait. The exhibition travelled to 5 locations. 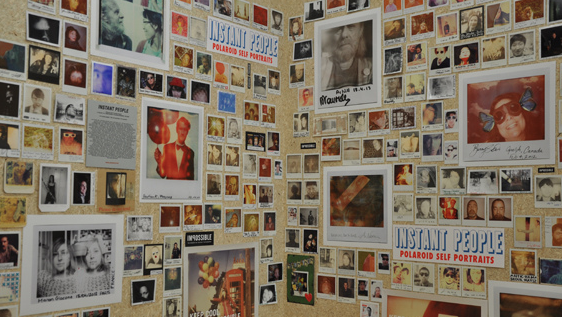 Film’s not Dead: Out of the many Polaroids you have which one would you say is your favourite and why?

Francis Van Maele: When travelling I like my SLR680 camera and my partner likes the SX-70. We’ve made quite a few books from various cities with these cameras. When at home we prefer playing with pack films. My favourites are the 2 professional cameras 180 and 600SE. I love to experiment with ID cameras and macro cameras.

Film’s not Dead: What inspires you to do what you do and the pictures you take?

Francis Van Maele: For many years we’ve been making hand made artist books using collage and photography. We constantly have new ideas and Polaroid is just another technique available to us. 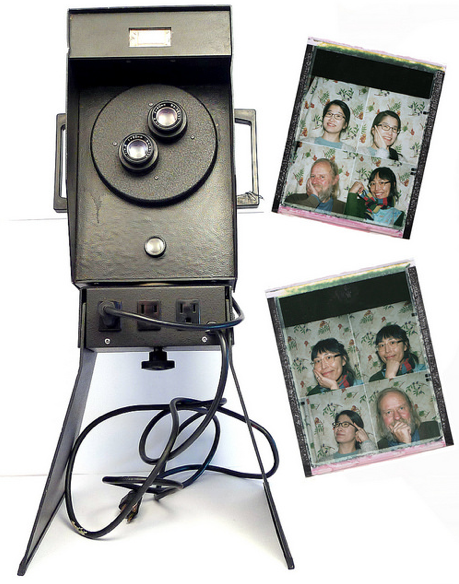 Film’s not Dead: Where do you mostly find the cameras you have?

Francis Van Maele: Mostly on ebay. Here on the West coast in Ireland there are not many possibilities to find them anywhere else. Yet when we’re traveling we occasionally might buy some in photoshops or flea markets.

Film’s not Dead: If someone wanted to get into collecting Polaroid cameras what advice would you give them?

Francis Van Maele: Everyone has different interests. Maybe start with a specific type of camera within Polaroid cameras to start with. 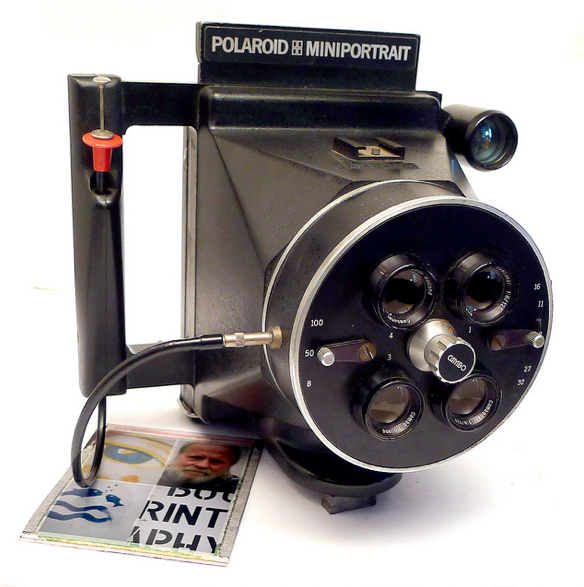