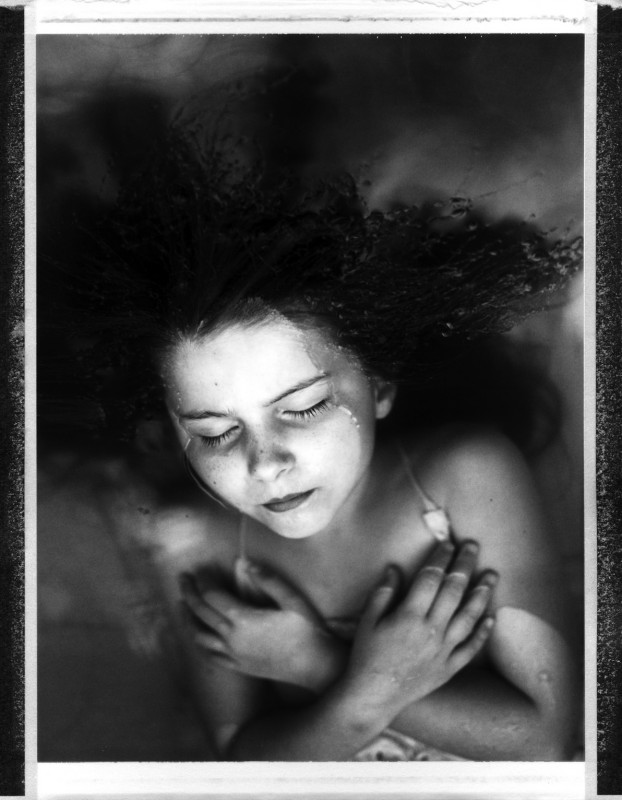 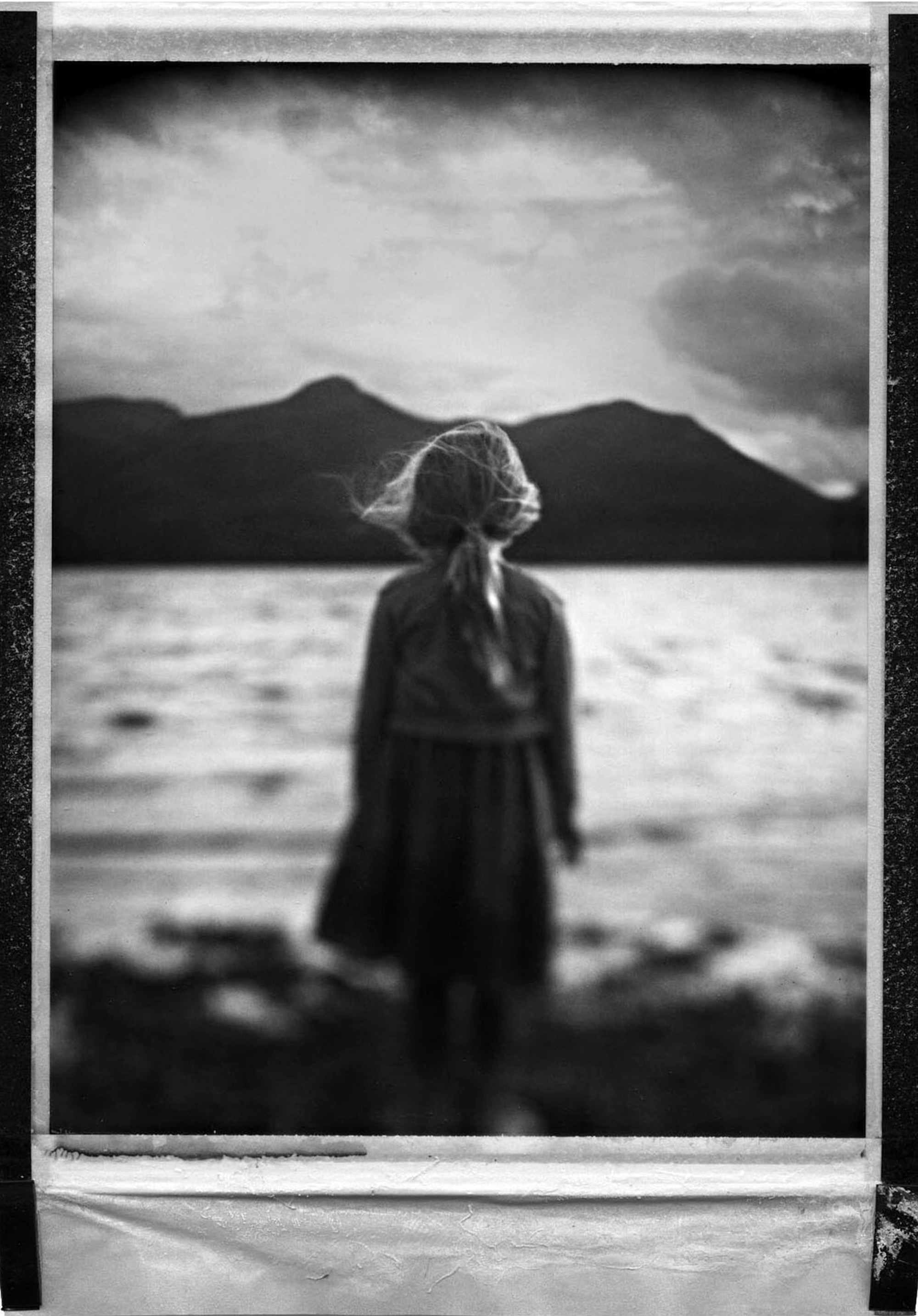 With the opening to her first London solo exhibition just a few hours away, we’ve decided to release a bit more about the Northerumberland based photographer Deborah Parkin, whose work is thought provoking, intimate and displays the innocence of children. This fantastic interview has been led by photographer Suzi Livingstone, whose known Deborah for some time and always had a deep fascination with her work.

Suzi Livingstone: I first became aware of your photography back in early 2011 when you contributed “Catbells” to a charity print sale. What were you doing  just prior to that, had you already started making  your homemade books?

Deborah Parkin:Yes, I think I had just started experimenting with hand made books but it wasn’t until January 2012 that I went on a workshop to learn Ethiopian bookbinding – I am part of the Al-Mutanabbi Street project & I made 3 photo books that are to be exhibited around the world – it’s one of the nicest things I have been a part of.

I had also done a wet plate workshop the previous year with Carl Radford & was working with large format cameras with Polaroid film.

Suzi Livingstone: What is it that draws you to pick up your camera and take a photo?

Deborah Parkin: My children mainly & I’m a very restless person so photography allows me to concentrate on one thing rather than the hundred things going on in my mind.  I just have a need to photograph, create & record what is around me & what my life is about.  My children constantly fascinate me & because childhood is so fleeting, I feel that I want to take every opportunity to photograph them.

Suzi Livingstone: How would you describe your photographic vision?

Deborah Parkin: That’s a difficult question to answer & I never really have a pre-defined role or vision in mind.  I suppose if there is anything I hope to achieve with my work is that it leaves some kind of impression – that it’s a photograph that isn’t lost amongst the millions posted every day – it’s a high hope, but if it touches someone deeply enough, then I am happy. 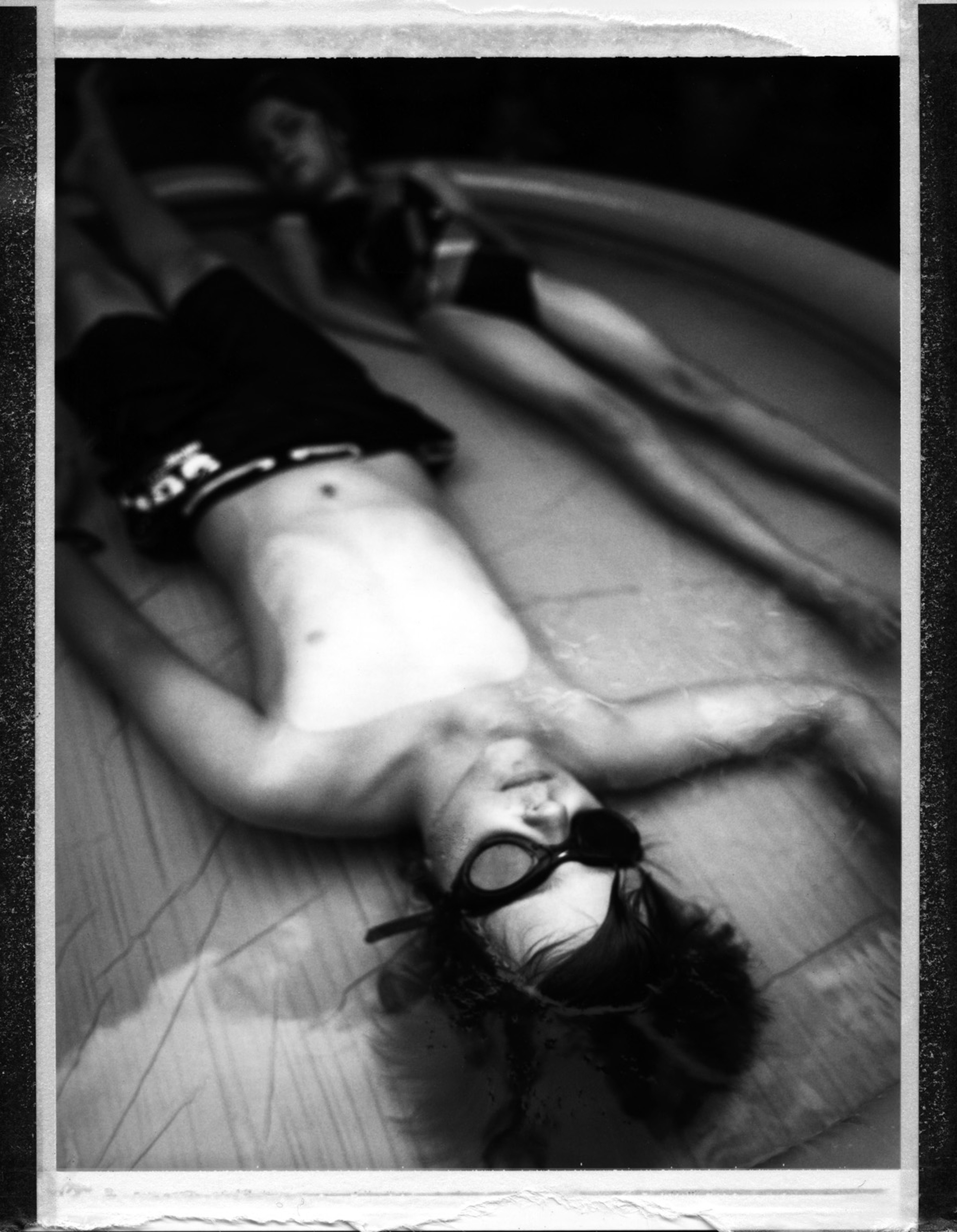 Suzi Livingstone: You’ve worked with polaroid, film and collodion – how do you decide which process you want to use for each project?

Deborah Parkin: The process usually comes first but mainly by accident as opposed to planning.  For example, my ‘memory’ series started at university when we had to do a project using medium format cameras & the darkroom.  When I started using Large Format cameras, I used film (negs) but I found it difficult to get a 4 year old to engage – it’s a slow process & I didn’t have a picture to show her straight away  – like showing an image at the back of a digital camera.  I then thought it might be a good idea to use instant film – that way they could see themselves immediately – I would get them to peel apart the film – this way they became involved. I also liked the idea of a box of photographs – snapshots but maybe with a bit more emotion.

The wet plate work – again, I had no idea what I was going to do.  When I started photographing my children with the process I was fascinated by the way they reacted to the long exposure time & decided I would like to explore this more with other children – to see how they would  cope with it.  I wanted to see & study these quiet, still (albeit momentary) moments & the series evolved from that.

Suzi Livingstone: As an artist involving your children in your art, you’re not only leaving them a wonderful family pictorial legacy but also I imagine some cherished moments spent creating images – do you think this will influence them creatively as they’re growing up? Are they interested in the photographic process itself?

Deborah Parkin: My son is very interested in photographic process.  He loves working in the dark room & has made several prints & has started making up chemistry.  My daughter is very much an ideas person – she is more confident on how she would like to be photographed – as I mention in her ‘Ophelia’ image.  She loves art, poetry, fiction but her most favourite thing of all is to play – In her school report they said that Fleur hardly ever comes to school as Fleur.

Suzi Livingstone: Who are some of your photographic inspirations and why?

Deborah Parkin: There are so many but I shall try & narrow it down.  I admire Julia Margaret Cameron deeply – not only am I drawn to her work but also I admire what she did as a woman & photographer – I love the way she photographed how she wanted to photograph despite the criticism that was aimed at her – she was a very bold, energetic woman.  Her work – yes, sentimental at times (although I can be accused of that) touches me deeply – it’s beautiful, emotional & ethereal – qualities I love in photography.

I also love the work of William Ropp –in particular his work with children.  Robin Cracknell is another photographer I deeply admire  & if I want to escape somewhere, Mark Tweedie’s blog is somewhere I go.  To be honest there are just so many depending on my mood but these would definitely make the list: Sally Mann, Sara Moon & Francesca Woodman, Michael Ackerman & Ingar Kraus 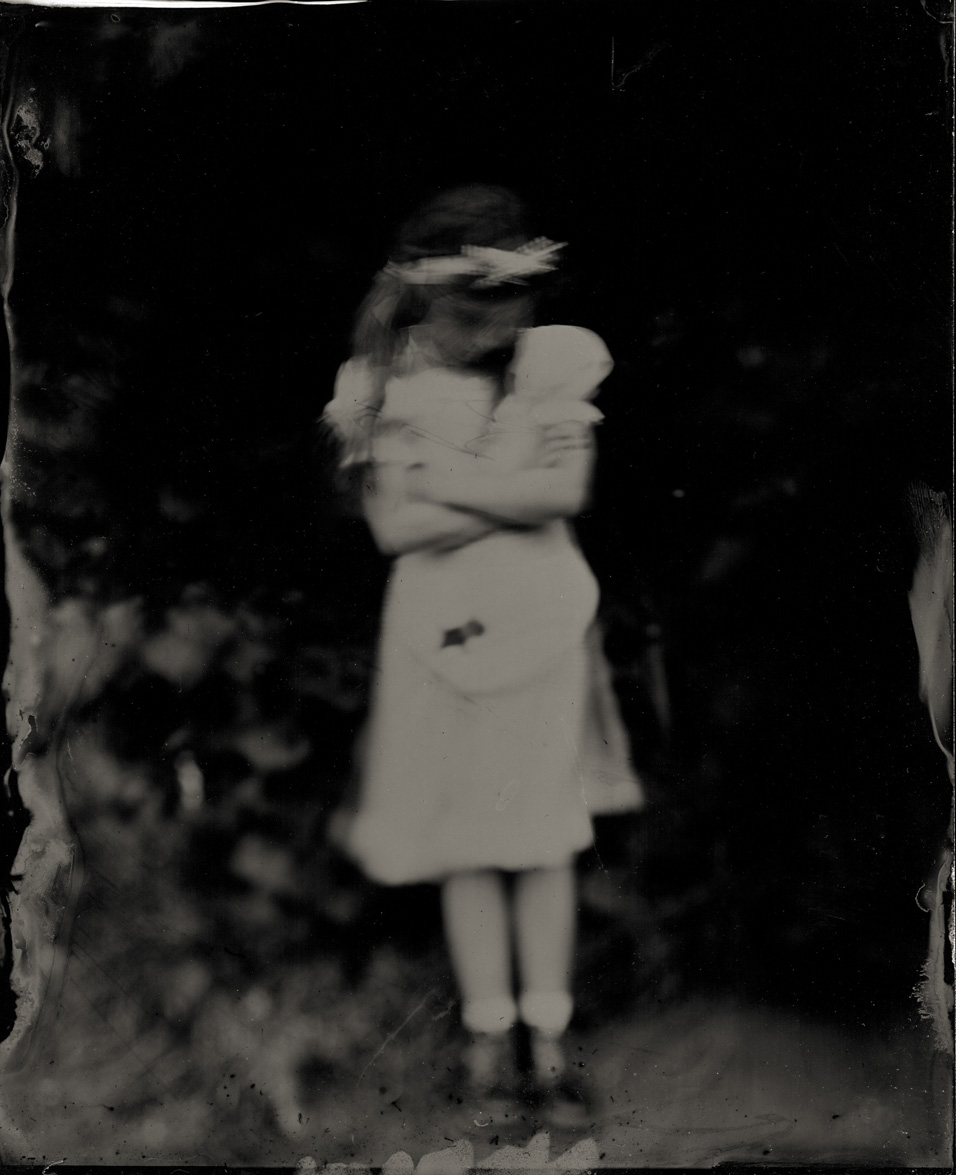 Suzi Livingstone: Best piece of advice you ever received about photography?

Deborah Parkin: I can’t remember where I heard it but the advice was ‘photograph what you love’ – it’s simple & seemingly obvious but for the first few years I was trying out many different things such as documentary, studio, still life but none of them even came close to the feeling of photographing my children, which has evolved on to me photography other children too.  At the end of the day, not everyone will like my work – I don’t follow fashion or trends  (although wet plate has become very popular) so ultimately I do it for myself & the aim is to leave a decent enough body of work for my children – a legacy if you like.

Suzi Livingstone: In the last two years you’ve had numerous landmark successes as an emerging photographer:  I’ve asked you to share some of your favourite images, but what have been some of your personal favourite moments that you can share?

Deborah Parkin: I can think of two days in particular.  One of them is in the Lake District which I describe when talking about my image ‘Catbells’.  My other favourite moment was a day that I set up my dark tent in my friend’s back garden to make wet plates of the children – there were 11 children in the house plus adults.  It was such good fun.  The children all decided on how they would want me to photograph them & made up a rota of who went first & so on.  It was a really long day but such fun & the success rate was actually quite high – which is important when photographing children because you don’t want to disappoint them

Suzi Livingstone: Lastly, what’s next for you?

Deborah Parkin: In the Autumn I have a few exhibitions – including in London with Film’s Not Dead – which is very exciting.  I also will be exhibiting in Switzerland & America.  I am also having a dark room being made up in my attic this summer as I have given up my studio – this means I can work from home & fit it around family a bit better.  I have so many ideas of what I would like to do & so many things I would like to learn.  I would like to go & hide away for a few months & concentrate on the Bromoil process that we both learned in the spring – I think this is going to be a big challenge & one I really need.