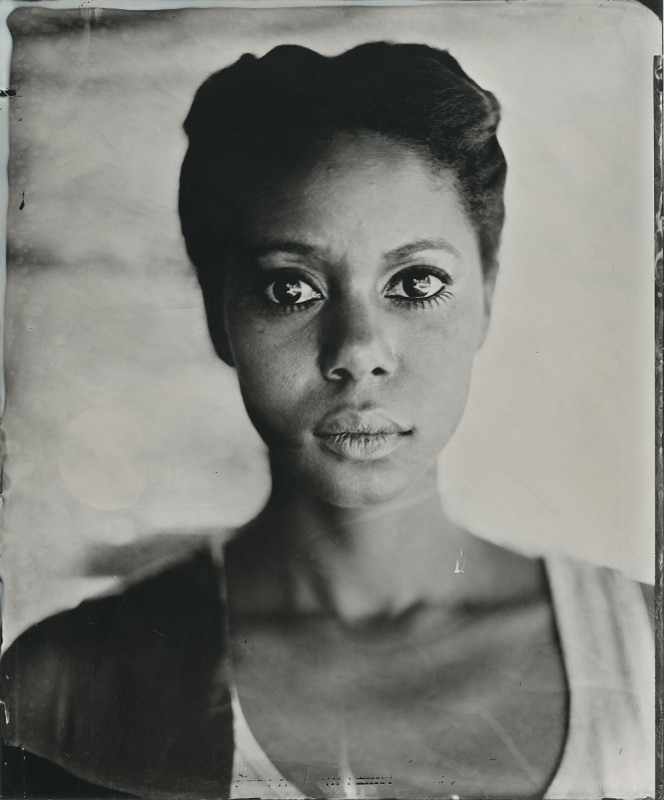 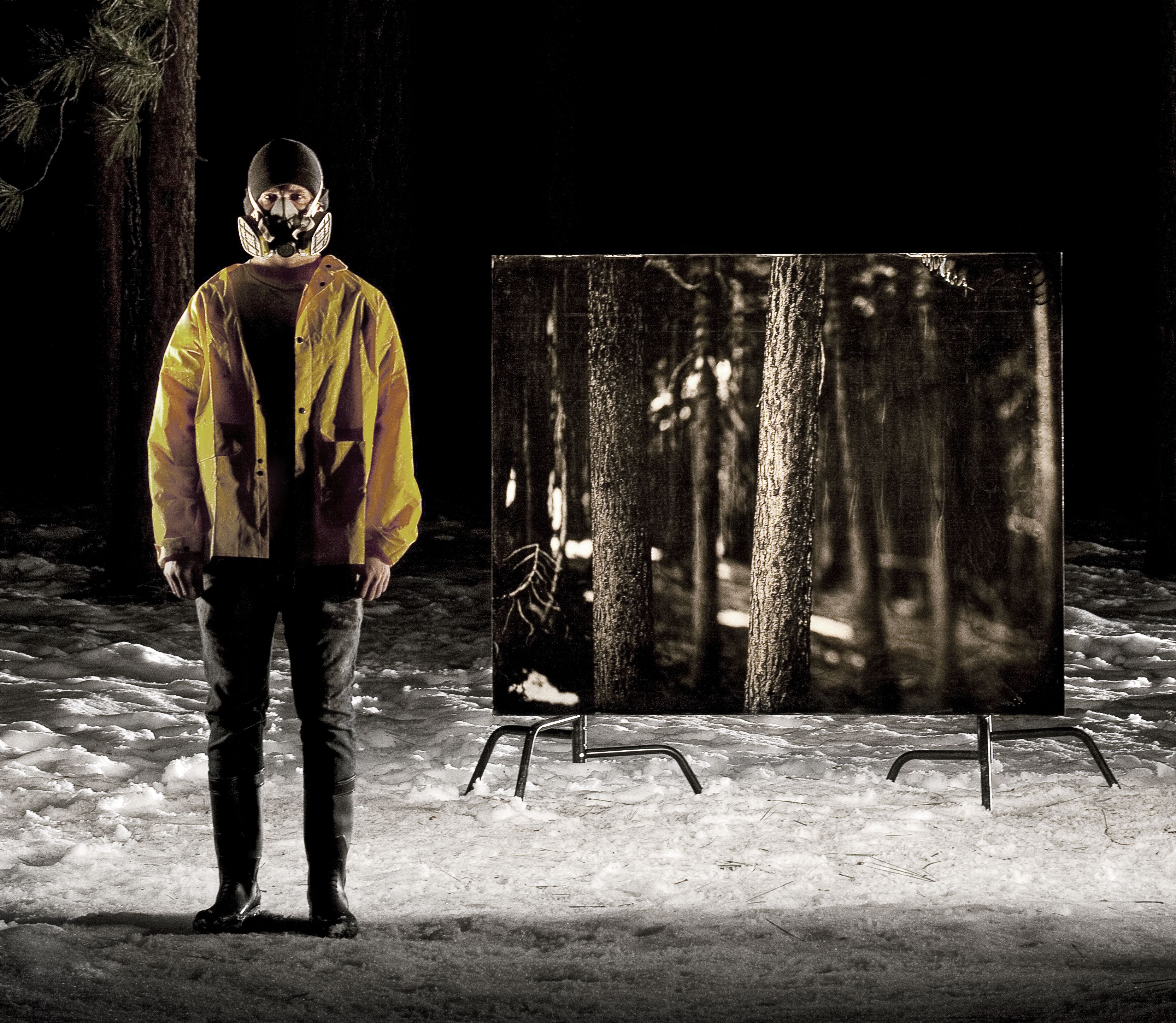 “I didn’t just build a camera, I created a time machine”

We have shared handful of weird and wonderful cameras on Film’s not Dead, but here is another extraordinary camera from photographer Ian Ruhter who creates ‘life size’ wet plates through the use of a handmade modified camera truck.

It took Ruhter a painstakingly long time to concur this complex process, with a tremendous amount of trial and error. Through this trial and error it brought to Ruhters attention that the only way to make this temperamental process work on such a large scale, would be to become one with the camera, by working inside it and involving himself with the actual mechanical process. Through Ruhter’s tremendous perseverance, despite what people told him that what he wanted to achieve would be impossible, he managed to prove them wrong, by creating the largest Tintypes ever seen!

After finally reaching his fundamental goal, Ruhter is on a journey to capture the landscapes and the people of America to tell through his mesmerising photographs the stories of these places and people, showing how we are all connected in different ways.

We were lucky enough to be able to interview Ruhter about his magnificent wet plates and how it all began for him:

Film’s not Dead: We first came across your work when we saw the Silver & Light Video. Where did photography begin for you and why do you practice it?

Ian Ruhter: Photography began for me as a hobby. I soon learned It was a powerful tool that I could use to communicate with. This was the first time I felt I could convey my thoughts and feelings with the world.

Ian Ruhter: Wet plate photography gave me the ability to make my own film from scratch. It also allows me to create one-of-a-kind images made by hand.

Film’s not Dead: Creating wet plates is a complicated, magical yet dangerous process to go through. How did you manage to get into making wet plates?

Ian Ruhter: I was taught by a gentleman named Will Dunniaway. I think the best way to learn this is from someone who has years of experience.

Film’s not Dead: You built a giant portable camera to produce giant wet plates, how exactly does it work and what was the process one had to go through to create this fascinating camera?

Ian Ruhter: This camera was built based upon a dream. I could see these images in my head so I designed a device that would capture life the way I see it. The most important breakthrough in making the camera work was, I was going to physically have to become part of the camera. My hands work as the mechanical pieces and my brain is the computer.

Film’s not Dead: Coating a wet plate is a tricky art to gasp. How many people does it take to coat your largest wet plate?

Ian Ruhter: I like to use an additional person to coat the plates.

Film’s not Dead: Through the use of the giant camera you have captured many compelling faces and stories. What are you trying portray through your work and why do you need to use such a big camera to do it?

Ian Ruhter: The people and places I photograph tell a much larger story. These plates will show how we are all connected in one way or another. It also shows how we all share the same dreams.

The reason for the large original plates is I wanted to make original works of art that were not altered or changed in anyway.

Film’s not Dead: We saw that a couple of months ago you converted a Holga camera into a functional hand held Wet Plate camera, which is a remarkable thing to be able to do with such a temperamental process. Could you tell us how that idea developed and what it is like shooting with it?

Ian Ruhter:  When using the truck it’s time-consuming to set up. I wanted a camera that would allow me to shoot more freely. 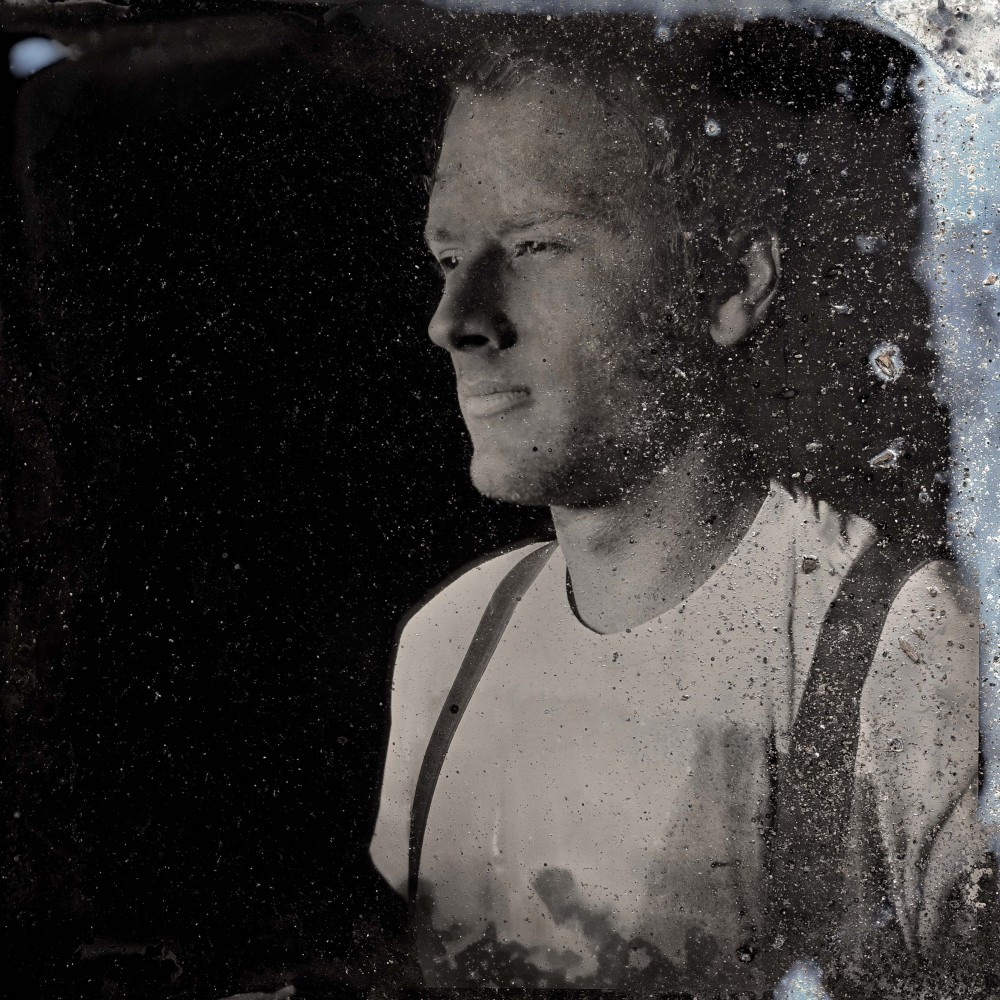 Film’s not Dead: You have been able to capture many different faces, how do you find these people and manage to get them to open their lives to you?

Ian Ruhter: Most of the time I feel like these people find me. This camera is like a giant magnet and it attracts the most wonderful people to it.

Ian Ruhter: I really enjoyed photographing Oscar Loretto. He is the boy with one leg. His story proves to the world that disabilities is a state of mind. Whenever I get afraid or discouraged I remember his story and it gives me the courage to move forward. So far I haven’t had any real difficulties working with anyone. It seems that everyone is very receptive to this camera. 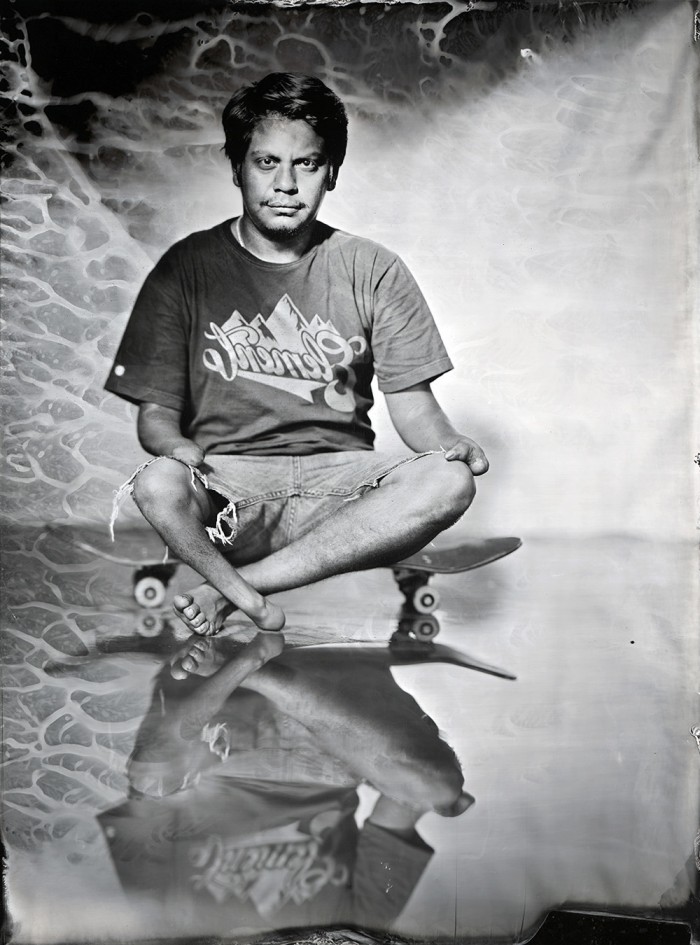 Film’s not Dead: If you could give an aspiring photographer one bit of advice what would that advice be?

Ian Ruhter: My advice would be to shoot from your heart.

Film’s not Dead: What do you think about the current state of photography and if you could change or add one thing to the photographic world what would that be?

Ian Ruhter: I don’t believe that photography has changed since the beginning. As humans we change this, change reflects the way we make photographs. I would encourage people not to forget the past and keep a line of sight on the future.

Film’s not Dead: Thank you Ian for taking the time to do an interview with F.N.D, is there anything else you would like to leave with the Film’s not Dead readers?

Ian Ruhter: I would just like to thank everyone who has supported this project. Every comment like or share goes along way with us. It lets us know we are not alone and people are behind us.