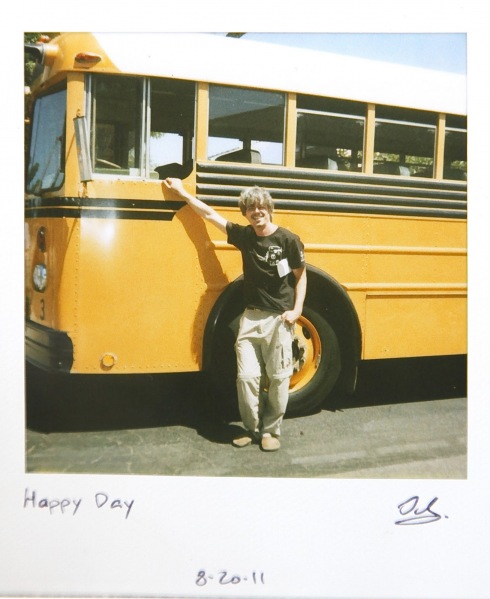 A mobile studio and darkroom – a showcase for the art of film photography – The Photo Palace Bus. 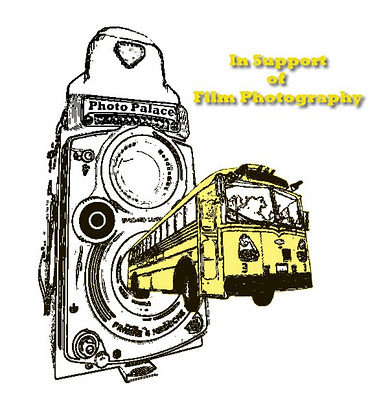 The Photo Palace Bus is a 1978 35ft school bus, which will be converted into a traveling darkroom and attachable studio, acting as an educational and portrait facility; this amazing idea was created by the very talented photographer, Anton Orlov who will be running it with Ryan Kalem. This educational, movable darkroom and studio on wheels, will be able to move freely and easily from place to place, enriching various places with the knowlegde and power of using analogue photography and printing. The project will start off by taking a short tour around the US starting with San Fransico then moving towards New York, after that the aim is to travel to 48 varying states, where Anton and Ryan will be able to give  impromptu and scheduled art exhibits, free lectures, various demonstrations and workshops for children/adults, as well as allowing people to join them on a more extended ride, for up to 2 weeks! The educational program offered by The Photo Palace will include topics such as the History of Photography, gelatin silver and alternative printing techniques, studio and location photography techniques for portraiture and still life photography. All equipment will be provided by The Photo Palace Bus, depending on what course you will be partaking in.

The main aim for the Photo Palace is that it will provide traditional photographic education and hands-on experience opportunities in every corner of the country (USA) making sure they hold as many free or low-cost events to bring the joy of film to as many people as possible! The goal is to preserve the traditions of analog photography. Another aim for the project is to enable the use of the north-light studio and incorporating street photography by creating a 10,000-negative portrait series about New American where all aspects of culture will be addressed via portraits, accompanied by narration and quotes.

Anton and Ryan already have all the darkroom equipment including all the fixings, over $8,000 has been invested out of their own pockets. Yet further work is still required, at least 3 times as much is needed for plumbing, electrical work, counters and hardware, paint, canvas for the studio… etc. With your help this project can truly be a beautiful facility that will be highly functional and aesthetically pleasing.

We had the great pleasure in talking to Anton about where exactly this fantastic idea came about:

I was born in Moscow, Russia in 1977 and have been doing my own darkroom work since 1989. In ’94 I moved to California and have been living on and off in San Diego area sine then. I completed my BFA in Photography in 2006 at San Jose State University and subsequently lived in Japan for a year studying the culture, teaching English and traveling in a region.

The idea of the bus came along in 1997, initially purely from my own love for the darkroom and traveling. In those days Film still ruled supreme, but digital was about to change that. In the past 12 now years I technically worked as a photographer (generally for various portrait companies) and have created my art in various darkrooms while watching others close down. After moving back to San Diego from Japan in ’08 I discovered that ALL the darkrooms here had closed! Short of enrolling in a college or setting up my house as a lab, I had no place to print. I worked as a photographer for a while, saved up a bit and took over one of the old communal darkroom spaces that was still intact, but was being used as a storage space for the previous 6 years. It’s been great teaching there and working in my own 6-enlarger lab, but now it’s time to get the show on the road. In the past few years I have realized that there is a growing resurgence of interest in Film. However many labs have been closed, schools switched over to teaching Lightroom and Photoshop and so many people who want to learn the art and craft of hand-printing cannot do so easily. A Youtube demonstration on how to print is quite different than walking into a real darkroom and seeing it.

My intention is to not let Film Photography go down quietly in the night while the intuitive cloning feature in Photoshop renders us into a virtual reality of deception. In 2008 I met Ryan and in ’09 told him about the Bus idea. Last summer we bought a Bus and now in a month I am going to move up to Santa Cruz area and work on it full time. I’m hoping to be on the road by summertime. The Kickstarter funding is going to be very very helpful and possibly life-saving in terms of this wonderful dream. Once on the road we will do two things – education and photography: Education-wise we will hold lectures on the history of Film medium and photography as it evolved with it (complete with a small camera show if we get the funding and I don’t have to sell them), give kids and adults demonstrations on traditional photo printing techniques (cyanotypes, gum bichromate, POP papers and gelatin silver) and hold workshops for smaller groups where people can participate fully in making prints. There will be a strong focus on bringing art to the people as I believe education and arts should be free for the benefit of society. Plus I really think that once people see what a good gelatin silver print from a large format negative looks like they will gain a new better appreciation about the whole medium of film photography. We will also have exhibits and will invite ‘guest riders’ to teach the stuff that we don’t know.

The intention is to widen the general publics interest in Film so that there will be a continued influx of new artists in the medium and the demand for film will keep the production going. (I was at the lab in Kansas on the last day of Kodachrome EXACTLY a year ago – wow what a trip – it was so sad there though…. that was good film and a trip worth taking). As for our own photography – Ryan shoots a lot of fabricated stuff so he’ll be busy there with all the new horizons that will come before us. I mostly shoot street and portraiture so I’m going to embark on a 10,000 negative (at the very least I hope) series of portraits done both in the north-light studio that we’ll have and in various locations that we’ll be visiting. There will be a written component to the work. The Aim of the series will be the exploration of current American Culture. I hope that the extended time spent on the road continually will bring me in contact with various aspects of the current culture in US and I will be able to compile a very broad and egalitarian body of work.

This is a fantastic project that will enable Anton and Ryan to spread the benefits and fundamentals of using film photography, to keep it alive and kicking. To pledge your support please click HERE.