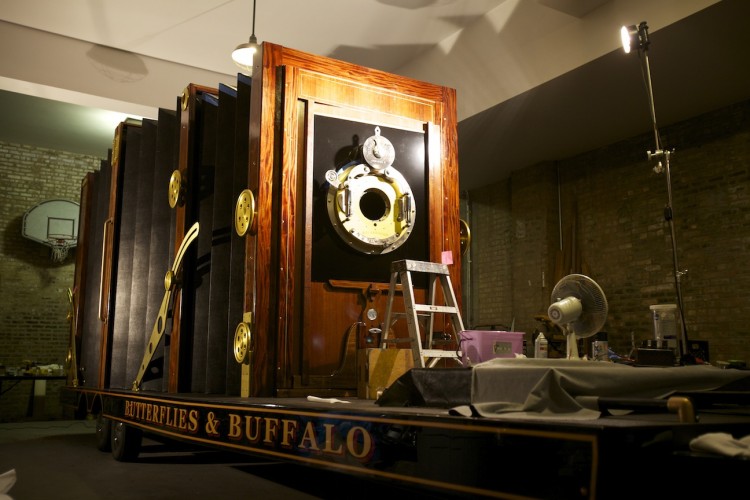 “We are but a flash in time. Our cultures were here long before us and they will remain here long after we are gone…if we keep the dream alive.” – Dennis Manarchy 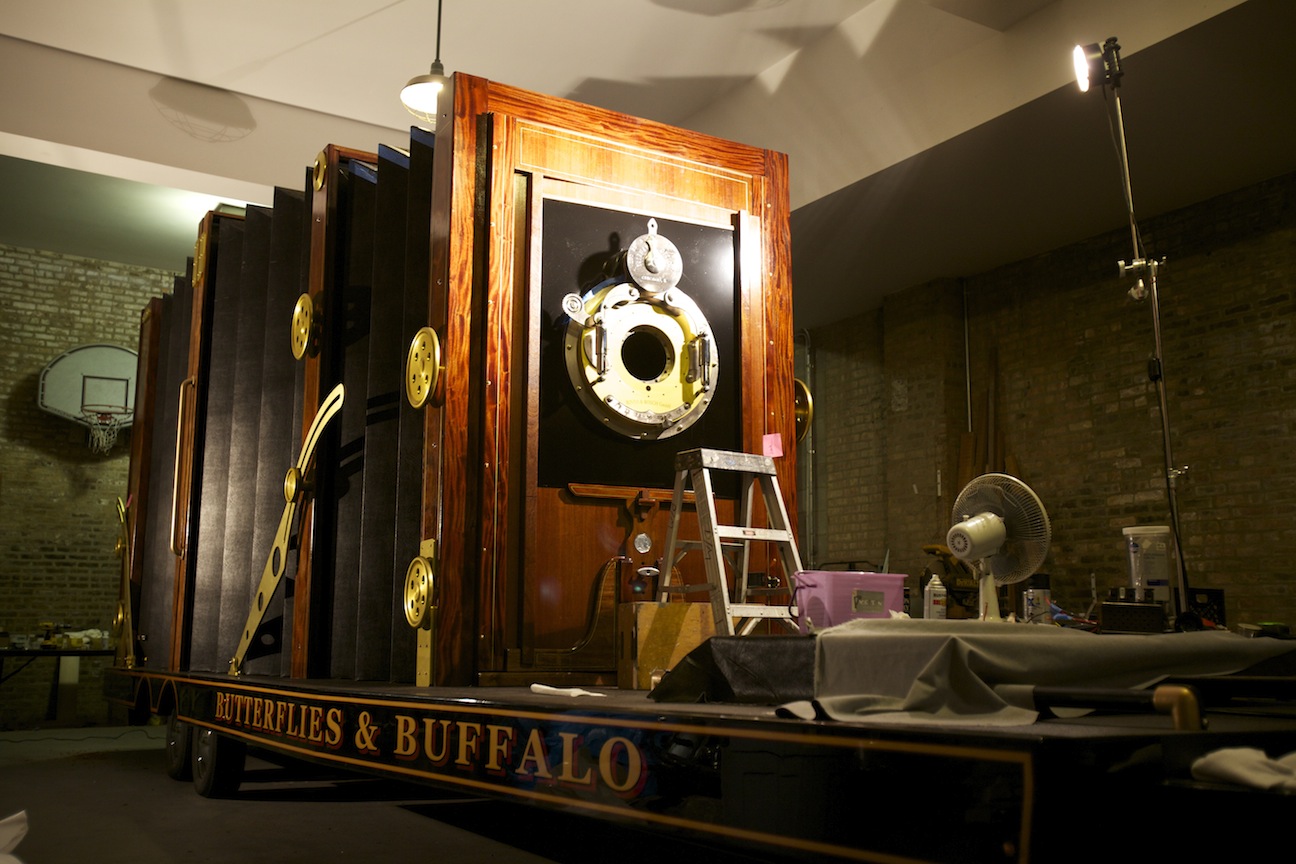 The camera we have all been waiting for is finally here and it’s more beautiful than we could’ve ever imagined. It arrived in the centre of Chicago nearly a month ago, and has been drawing a lot of attention! Dennis Manarchy has made, what most people thought was impossible, possible! We are just in awe of him and this beast he and his team have created. We were able to talk to Dennis to find out a bit more about how it all came together over the last year or so since we last spoke to him.

Film’s not Dead: Hello Dennis welcome back! Could you please explain to the readers what has been happening since we last interviewed you at the beginning of 2012 and how you’ve managed to accomplish in making this phenomenal camera?

Dennis Manarchy: The camera is a labor of love. It took about 4 months with over 30 people from different fields 15 hr 24/7 to build and assemble. The lens itself took over 1000hrs of design and fabrication time and weighs about 300lbs. The bellows are steel with a leather-like vinyl covering. It is designed to be waterproof and of course is built on a trailer so we can go to our subjects.

Film’s not Dead: The big question I have been itching to ask is where are you managing to source this film and on your travels how are you persevering the film?

Dennis Manarchy: I have stock piled a bunch of film but it gets more and more difficult to get. The roll sizes keep getting smaller. 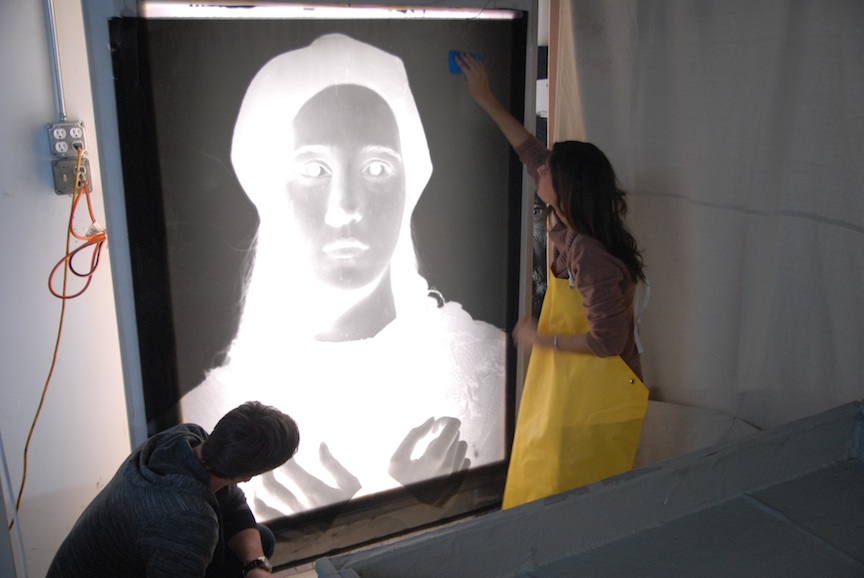 Film’s not Dead: Why did you decide to change your name from Vanishing Cultures to Butterflies & Buffalo: Tales of American Culture?

Dennis Manarchy: I changed to Butterflies & Buffalo because I was getting resistance from some of the cultures. There is a misunderstanding between numbers of people and culture. The native american especially did not want tone viewed as a Vanishing Culture. So, I made the name mrs metaphorical the project is the same but why aggravate the cultures, plus the name has meaning. The buffalo is a significant symbol of America and the west. 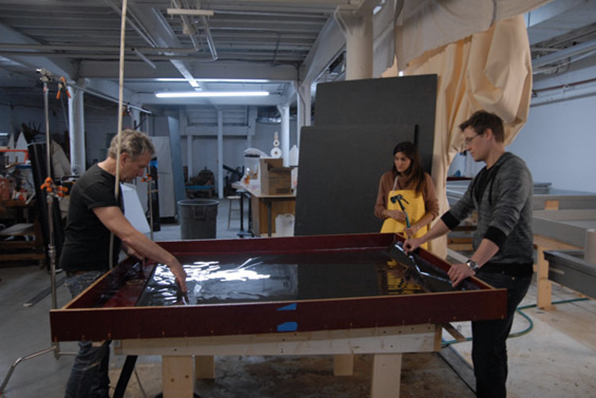 Film’s not Dead: You have literally made the impossible possible, it is really inspiring to see people like you and your team so committed to the cause of photography and film! What is your overall plan for the next year?

Dennis Manarchy: Our next phase is to fund the journey to travel and photograph 50 exotic American cultures over the next year or so. As you know it is difficult to fund these projects so it is a major effort. Any help in spreading the word would be great. We were funded to build the camera but not enough to farm it out. We all worked day and night to make this happen. The cool thing is that everyone is so proud.

Film’s not Dead: Out of all the compelling test shots you have made which one would you say has been your most enjoyable to make and why?

Dennis Manarchy: My photographs are like my children, each is special and I don’t like to choose which I like more. Lets just say I don’t show one unless I am somewhat satisfied. The beauty of this project is that the portraits are so, surreal that I can take a rather ordinary person and make them iconic. I hate the fact that so many photographers take unfortunate people and make them look more unfortunate. That is exploitation and its like picking the low hanging fruit. We are better than that if we work at it. 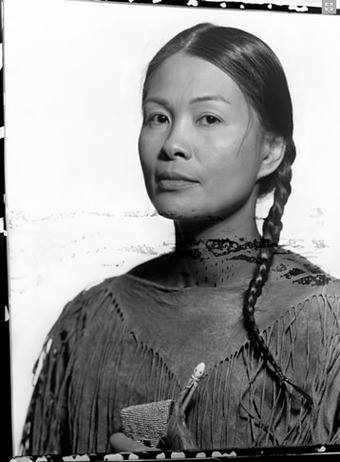 Film’s not Dead: After the 31st of October where do you plan on visiting first to take your first picture and could you walk us through each step you have to go through to take one photograph?

Dennis Manarchy: After the Chicago reveal we are taking it to Monroe Wisc. where it was borne for a few weeks. After that It comes back to the studio garage for some technical tweaking. Hopefully after that we will be able to hit the road.

Film’s not Dead: Since revealing the camera in Chicago what has the reaction been like from the public?

Dennis Manarchy: The reaction has been amazingly positive. Its rather article, and would expect some weird comments but all positive and there is an amazement which is interesting. About 15,000 people a day come by the camera and nearly everyone takes a cell photo of it. It may be the most photographed camera in history as well as the biggest! 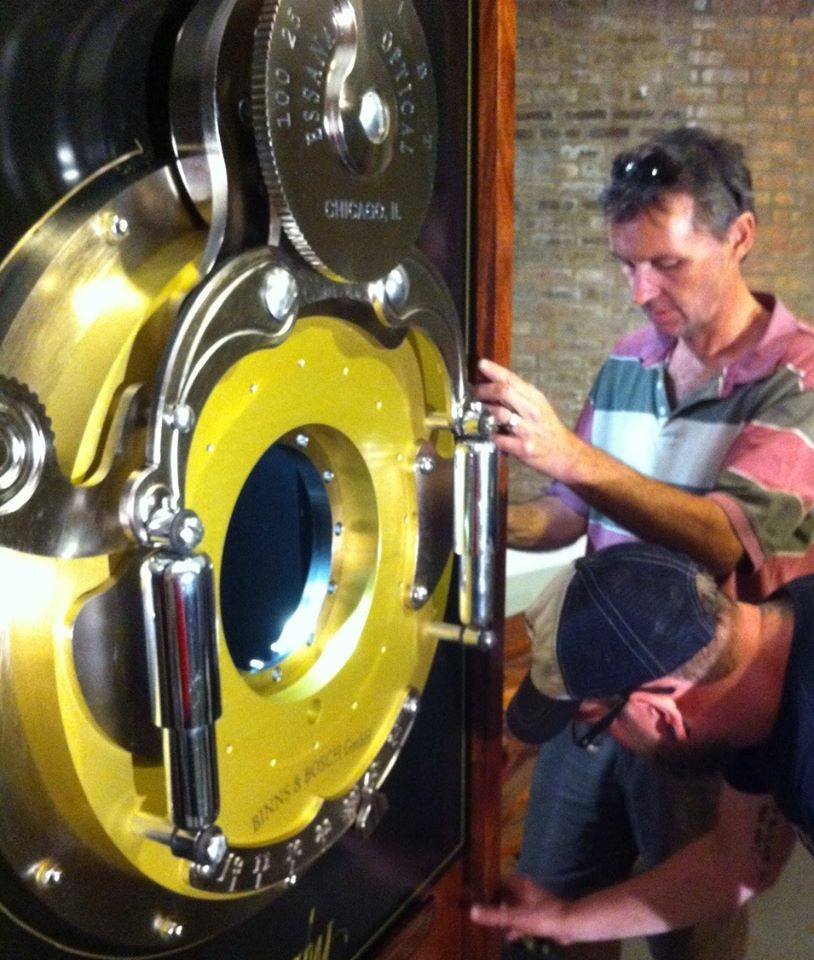 To Pledge to get this project on the road click here: Indiegogo