What is Welsh – Dan Wood 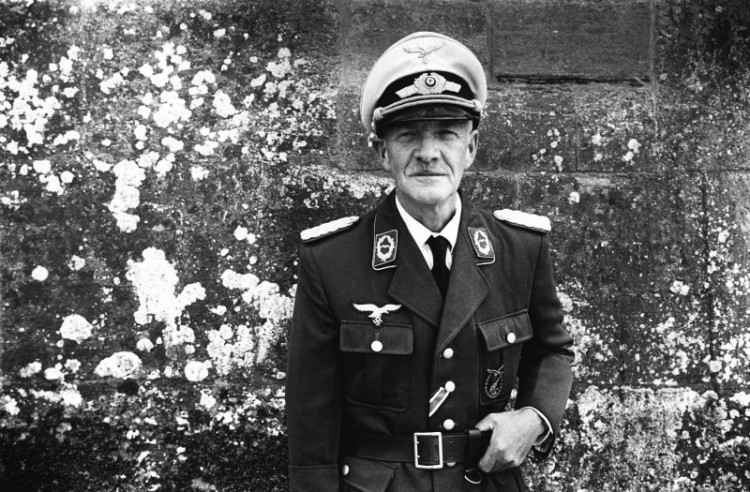 For more information: 01685 886729/cvm@rhondda-cynon-taff.gov.uk
From the 3rd of November, dedicated black & white street photographer, Dan Wood, will be displaying a number of his hand printed photographs that documents life in Wales. Dan says: ‘My documentation of Wales, through my photography, has quite naturally led me to explore what it is that makes my subjects, my landscapes and my visual scenarios…..Welsh.

Whilst ‘the camera never lies’, our preconceived notions do, and this is a juxtaposition that I find fascinating; the idea that Wales, like any other westernised place, is a cultural mishmash – the idea that diversity dictates that I must assign the title of ‘Wales’ to a group of images, in order to make them Welsh. I could take a picture of someone standing by a bilingual sign, just outside my house, and the assumption would be that this is a Welsh person, and it’s this type of presupposed thought that I am keen to explore. Themes that I constantly visit, be it through chance or endeavour, are: Diversity, Subculture, Generations, Individuality and Patriotism.

Does the tacit nature of patriotism make it inferior to individualism, or superior? This is an interesting question that allows me to document Wales in a manner that does away with the typical restrictions of a theme. It allows me to uphold my sensibility that each photo I take, first and foremost, stands alone as a separate entity – a singular piece of art. I want my photos to debunk the notion that to be Welsh and patriotic is to be rural and insular. I want my photos to depict a Wales that is as cosmopolitan and diverse as any other place.To explore what it is that makes people Welsh is to explore what it is that makes people unique. As I continue to document Wales I am drawn towards the paradox that is apparent within each and every person’s quest for individuality. I want my photos to highlight the need to belong, which exists alongside everyone’s need to be unique.

I was born in Bridgend, South Wales in 1974, and still reside there today.
After leaving school at 16 with very few qualifications, I went straight into the family business, and continued to work there for 19 years. I became interested in photography in 1994 whilst I was a semi-professional skateboarder and started taking it seriously 2 years later. I was predominantly a skateboarding photographer, but slowly became interested in street photography and documentary photography.
Around 2001 I committed myself to black and white photography, a decision that I feel has defined me as a photographer with an ethos centred on the use of film and traditional darkroom techniques, as opposed to modern, digital alternatives. I started travelling extensively in 2003, and still do to this day – combining my love of photography and travel has become paramount to me. Exploring other countries and observing other cultures has sharpened both my eye and my outlook, helping me to consider aspects of my own country and my own culture that I had previously overlook.’
We were able to catch up with Dan to talk to him about his work and the exhibition:

Film’s not Dead:  You have obviously been taking photographs for quite a while and you have developed an inquisitive eye and a distinctive style in the way you capture a moment. Where did your passion for the medium begin and why is it important to you?

Dan Wood: I’ve always felt the need to express myself, be it through skateboarding, music (I play the drums) or drawing (when I was young). I naturally drifted into photography when my brother, who is a very keen landscape photographer, convinced me to buy my first SLR (in 1996). I have been serious about it ever since. It took several years for me to feel I was really expressing myself through the photos, but it all came together in about 1999, when I had found my style and stuck with it.

Film’s not Dead: Why do you think film photography is important and why do you choose to shoot on it?

Dan Wood: Film photography is extremely important as it teaches you to be selective with your picture taking, and therefore slows you down to a pace where you actually start to learn the fundamentals of photography. I’ve never made the transition to digital, and that has made it easier to stay dedicated to film. Additionally, the fact that almost everybody is a ‘photographer’ these days has made it easier for me to stand out. The majority of people find it unbelievable that I still shoot film, but digital technology doesn’t interest me at all.

Film’s not Dead: If you could shoot anything in the world what & where would it be and why?

Dan Wood: I would absolutely love to shoot the ‘Day of the Dead Festival’ in Mexico, one day. It looks like such good fun, and unusual pictures are almost guaranteed. I’ve never been to Mexico, so I’d love to tick that one off the list.

Film’s not Dead: The title of your up and coming exhibition is entitled ‘What is Welsh’, what work will you be displaying and why did you pick this particular title?

Dan Wood: ‘What is Welsh’ has been a year long project funded by the Arts council of Wales. The aim of the project was to really find out what is going on in Wales, while staying away from all the typical cliches at the same time. It’s a fairly positive view of Wales using street photography, environmental portraits and documentary type images. It studies Welsh identity in the broadest sense of the word. I’ve always struggled when it comes to photography at home, as I always felt more comfortable taking pictures abroad, so I tried to see Wales through the eyes of a tourist for a lot of the work. The title came from a question I was once asked, when a friend and I were in Morocco, and a boy asked where we were from, my friend said we were Welsh, to which the boy replied “what is Welsh?”

Film’s not Dead: You seem to shoot mainly with a rangefinder Leica, why do you particularly chose to shoot with this camera?

Dan Wood: I started getting slightly bored with SLRs around 2002, and became curious about Leicas and why a lot of the pros seemed to use them. I really liked the look of them and how discreet they were. So in 2003 I bought a Leica M6 and 35mm lens using my credit card (which took me many years to pay off). I hated it for the first 6 months and the buyers remorse was terrible, but then something clicked and I fell totally in love with it. I still use the same one today.

Film’s not Dead: Over ‘99%’ of your work is Black & white, what do you prefer about B&W as opposed to colour, and what is your favourite film to shoot with and why?

Dan Wood: I’ve always loved the feeling of black and white photos, and the way that there are no distracting colours that take you away from the subject. But that said, I am starting to drift into doing some more colour work, as I’ve been constantly shooting B&W for over 10 years now, and I think I need some colour in my life. I’ve been seeing a lot of things in colour, recently and I guess I need to get it out of my system. I’ve got a few colour projects planned and I’m really looking forward to starting them.

Film’s not Dead: Who or what has been an inspiration in your photography and why?

Dan Wood: Being a skateboarder for the majority of my life, I found being out on the streets very inspirational, and it was only a matter of time before I started pointing my camera towards strangers/passers-by, as opposed to the skaters that I would normally photograph. I then discovered that there was a whole genre of photography dedicated to what I had become interested in. Naturally I discovered Henri Cartier Bresson shortly after, and he became a huge influence on me in the early years.

Dan Wood: I first stepped into the darkroom in about 1998, when I bought a complete darkroom off somebody I knew. I’ve always been a print based photographer, and the final part of the photographic process for me is to be holding a print in my hand, rather than just looking at a picture on a computer screen. It also feels like I am making/creating something with my hands, and I like that.

Film’s not Dead: What advice would you give to aspiring photographers?

Dan Wood: The best advice I could give is to take your camera absolutely everywhere with you, even if you are just going to the shops for some bread and milk: you never know what’s going to happen around the corner.