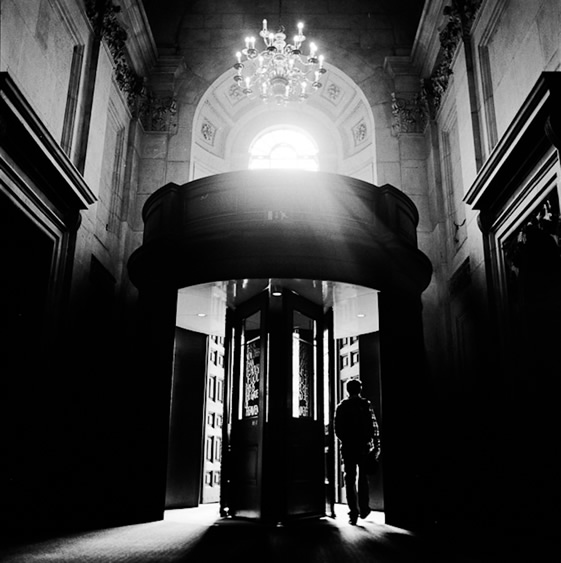 Camera meters can be easily fooled. Place a subject in front of a much brighter background and – unless you meter very carefully – you’ll end up with a reasonably exposed background and a completely underexposed subject. It’s something that you’ll probably recognise from family albums from the past, especially from summer vacations, where bright beaches and skies easily fooled the cheap compacts many of us took on holiday with us. But those dark, dark silhouettes needn’t always be a problem. Sometimes they become a compelling subject in themselves. 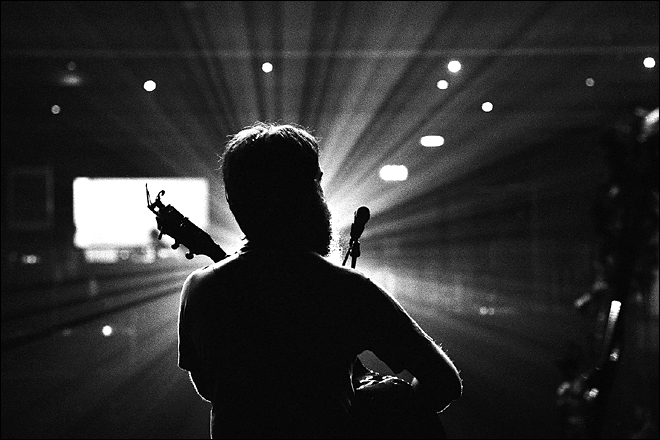 Silhouettes are nothing without strong composition. Don’t place them idly in the frame – really look at where they will add the most to the image.

If you’re shooting on a camera with a sophisticated meter – which means most of the last generations of auto focus film SLRS – you’re camera meter might actually be able to keep your silhouette subject perfectly exposed, especially if you’re using a spotmeter. A spotmeter takes a light reading off a very limited part of the scene, making exposures much more accurate compared to the centre-weighted reading that many cameras have.

So – the simplest way to turn your subject into a silhouette is to take an exposure reading off that brighter background. That will mean anything that’s not as bright as that will be underexposed. And the brighter the background, the more dramatic the underexposure.

The pic at the top of this post was taken back in 2006, when I was shooting a soundcheck for an Iron and Wine and Calexico gig at London’s Kentish Town Forum. The bright light in the background was from a projector mounted on the micing desk and projecting transfers onto the back of the stage. Iron and Wine forntman Sam Beam was standing directly in front of the beam, and the light was creating a ethereal glow around him. I realised I had a few short seconds to take a reading off the projector, transfer the settings to the camera, and recompose so I could create a silhouette. I had time to shoot three frames, and that was the best of them.