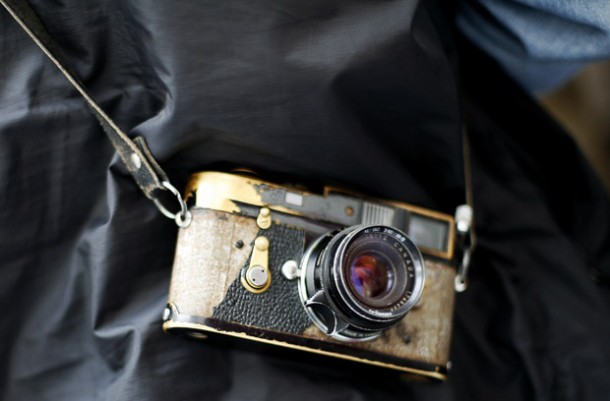 “The people in the subway, their flesh juxtaposed against the graffiti, the penetrating effect of the strobe light itself, and even the hollow darkness of the tunnels, inspired an aesthetic that goes unnoticed by passengers who are trapped underground, hiding behind masks, and closed off from each other.”  The Aperture Gallery In New York will be showing spectacular images of the New York City Subway, taken by the well known, Bruce Davidson. Davdison’s detailed and truthful work of the New York City Subway, unlocks the urban cultural of that transport system, photographing his subjects in an intrusive and intermit way. Using a harsh flash, shot on colour film he creates vibrant and punchy images that bounce out, which replicate the ‘grittiness’ of public transport.

The well commended Magnum photographer, Bruce Davidson is considered to be one of America’s most influential documentary photographers. He began taking photographs when he was just the mere age of ten, and carried on his passion right through his studies at the Rochester Institute of Technology and Yale University School of Design. Later he was drafted into the army and stationed near Paris, where he was able to meet Henri Cartier-Bresson, one of the founders of the renowned Magnum Photos Agency. When he left the military in 1957, Davidson worked as a freelance photographer for LIFE magazine and in 1958 he became a full member of Magnum Photos Agency. From 1958 to 1961 he created sensational bodies of work such as “The Dwarf,” Brooklyn Gang,” and “Freedom Rides.”

In 1962, he received a Guggenheim Fellowship to document the civil rights movement. After a solo exhibition at the Museum of Modern Art in 1963, followed by a National Endowment for the Arts grant in 1967, Davidson spent two years photographing in East Harlem, resulting in East 100th Street. After living in New York City for twenty-three years, Davidson began his revealing his body of colour work on urban life, Subway in 1980. Davidson received a second National Endowment for the Arts Fellowship in 1980, and an Open Society Institute Individual Fellowship in 1998. His work has been shown at the International Center of Photography, New York; Walker Art Center, Minneapolis; Museum de Tokyo, Paris; Smithsonian Institution, Washington, D.C.; Museum Rattu, Arles, France; Burden Gallery (Aperture), New York; Parco Gallery, Tokyo; and New-York Historical Society.

On Monday September 26, 2011 there will also be a talk and book signing at Strand Books. By buying a copy of the new edition ofSubway, or a $10 Strand gift card will get you into the event. Tickets are now sold out online, but more tickets will be sold at the door the night of the signing, so get there early if you would like to participate in this event. Below are some of Davidson’s beautiful body of work that will be shown at the exhibition.