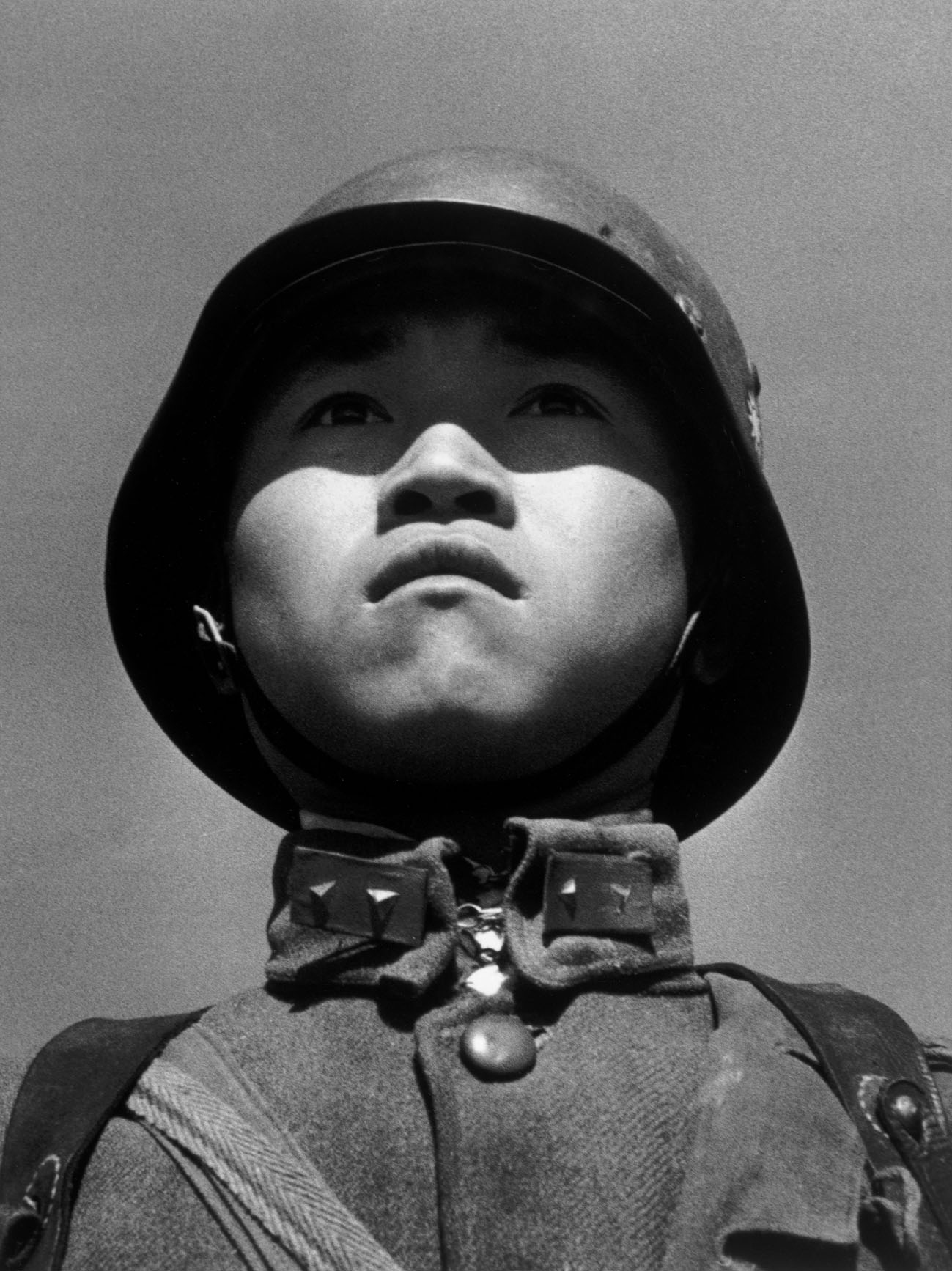 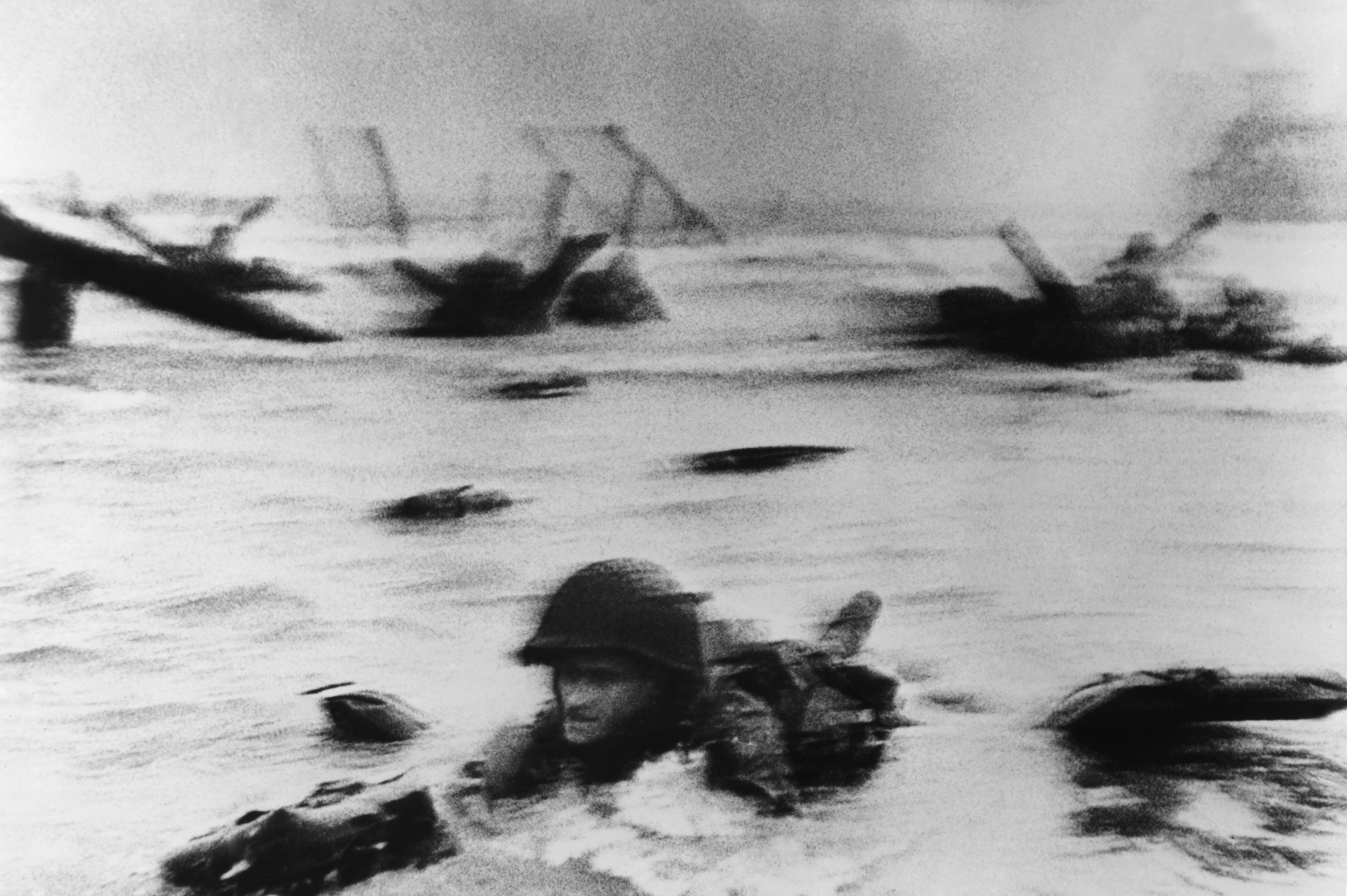 “This war is like an actress who is getting old. It is less and less photogenic and more and more dangerous.”

Marking what would have been the 100th birthday of Robert Capa, the 20th Century’s most famous war photographer, London’s ATLAS Gallery has curated a diverse exhibition which celebrates his life and work!

Death in the Making: Photographs of War by Robert Capa will not only feature images from the numerous conflicts he captured on the ground – including the civil wars of Spain and Cambodia, D-Day and The Liberation of Paris, and the First Indo-China War – but also rare printed works from Gallery Owner Ben Burdett’s private collection.

The very camera that launched Capa’s career, capturing some of the most momentous reportage photographs of our time, including his first assignment to photograph Leon Trotsky’s ‘In Defence of October’ speech in Denmark in 1932, will also be on display, in addition to important early prints of images shot with the camera. The rare Leica was acquired by ATLAS Gallery for a client at a specialist collectors’ auction in Vienna in 2012.

Robert Capa was co-founder of Magnum Photos, of which ATLAS Gallery is the official UK gallerist, so this exhibition has added significance for the gallery. Ben Burdett says: “It is indeed a rare honour to host such an exhibition. Capa’s unique mixture of energy, devil-may-care bravery, humanitarian concern and enormous charisma has always been a massive inspiration to me.”

Capa was born Andrei Friedmann, in Budapest in 1913. He moved to Berlin when he was 18, and worked as a darkroom assistant. With the rise of Fascism in Germany, he went to Paris but found it difficult to establish himself as a freelance journalist. He changed his name to Robert Capa because he thought it would be easily recognizable – and it sounded American. Vue eventually sent him to Spain where he captured his famous photograph of the Republican soldier at the moment of his death, now widely recognised as one of the most important war photographs of all time.

In October 1939 he arrived in New York. He worked on a number of minor assignments for Life, but in 1940 he was sent to Mexico for six months to cover the presidential elections. When America became involved in the Second World War, Capa worked in London, North Africa, Italy and France, photographing the Normandy landings and the liberation of Paris, though amazingly he missed the Armistice. It was not until 1943 that “the greatest war photographer in the world” was posted to a battle front, joining the invasion convoy to North Africa as the only ‘enemy alien’ journalist accredited to the US Army.

He remained with them through the Anzio campaign in Italy during the winter of 1943-44 and on June 6, 1944 landed on Omaha Beach, where he took 108 pictures in the first couple of hours of the assault. A disastrous mistake in Life’s darkroom in London melted the negatives. Ten of the eleven surviving images were published on June 19, disingenuously captioned as “slightly out of focus” due to “the immense excitement of the moment”.
In 1947, with Henri Cartier-Bresson, Chim Seymour and George Rodger, Capa founded the Magnum agency and covered the dividing-up of Europe in 1948-50 and the birth of Israel. It was while in Japan with a Magnum exhibition in 1954 that Capa responded to Life’s urgent call for a photographer for the Indochina front. He had sworn that he wouldn’t report from another theatre of war but was persuaded to accompany a French regiment into action. On May 25, 1954, he was killed by a land-mine while covering their advance in the Red River Delta in Vietnam.
He was 40 years old when he died and had covered five different wars: the Spanish Civil War; the Sino-Japanese War; the Second World War; the 1948 Arab-Israeli War; and the first Indochina War. In his memory, the Overseas Press Club established the annual Robert Capa Award “for superlative photography requiring exceptional courage and enterprise abroad”. Also part of the exhibition will be a number of images by Russian war photographer Dmitri Baltermants, who was operating on the Russian front at the same time as Capa was reporting from World War II.