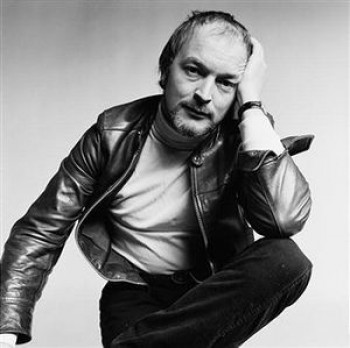 “Before 1960, a fashion photographer was tall, thin and camp. But we three are different: short, fat and heterosexual!”

The man who was a large part of forming the ‘Swinging Sixtes’ alongside David Bailey and Terence Donovan. He was a renowned and respected photographer, who is best known for his fashion photographs from the 60s-70s, especially known for his iconic image of David Bowie. Duffy first became interested in photography while he was freelancing, as a fashion artist, at Harper’s Bazar. Inspired by the photographic contact sheets he saw on the art director’s desk, from then he decided to find a job as a photographers assistant. After a long process of assisting to photographers he received his first photographic commission, through photographer Adrian Flowers, for Ernestine Carter, the then fashion editor of The Sunday Times. By 1957 he was hired by British Vouge, where he was able to work closely with top models; he carried on working for Vouge till 1963.

By the 1960s a culture of high fashion and celebrity chic was formed, creating in turn ‘Swinging Sixties’, which Bailey, Donovan and Duffy where very much part of, they formed a new breed of photographers, that broke all the rules. They were so influential that in the 1962 the Sunday Times nick named them the ‘Terrible Trio’ and Norman Parkinson was further added forming ‘The Black Trinity’, they dominated the photographic scene in London.

1979 was a pivotal time for Duffy when he decided to give up photography for good, but not only did he do that but he crazily enough decided to burn his negatives and transparencies, though some were saved from the fire when the council objected to the smoke. Although a large amount of his images have been lost, the ones that remain stand collectively as a vital source of visual history of twenty-five years of British culture and fashion.

The Idea Generation Gallery will be the first gallery to be able to display his full-career retrospective of the legendary British photographer, which is in conjunction with the publication of Duffy – the first and only book of the photographer’s work! Below is a collection of his wonderful work and a truly great documentary called ‘The man who shot the sixties’.