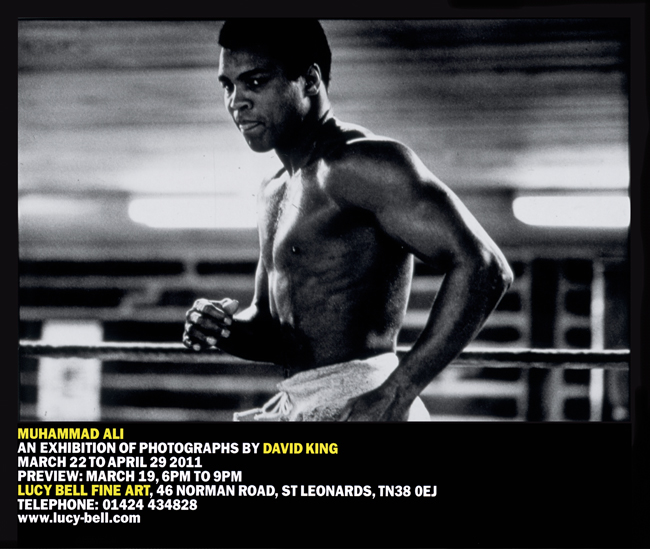 An exhibition displaying a series of photographs of Muhammad Ali, taken at his training camp in 1974, when the ‘Greatest Of All Time’ was preparing for his astounding world heavyweight title fight against George Foreman. These series of photographs where taken during Ali’s sixteen week training programme for the fight that entitled him ‘The Rumble in the Jungle’. David King produced a photographic biography of Ali which sold 175,000 copies. Here’s a short extract from the book:

“I told you all that I was the greatest of all time…I kept tellin’ him that he has no punch, couldn’t hit, swings like a sissy! He’s missin’! Let me see yer box!…I didn’t dance from the second round on, I stayed on the ropes…I told him he has no power…I was blockin’ and I was pullin’ back. I have this radar built inside me to avoid George’s punches! I told you I’m gonna float like a butterfly and sting like a bee, his hands can’t hit what his eyes can’t see. So that’s what happened!”

This exhibition is situated in Hastings, which is where Lucy Bell founded and directed The Independent Photographers Gallery in Battle from 2001, but has now moved to Normans Road in St Leonards on the sea.