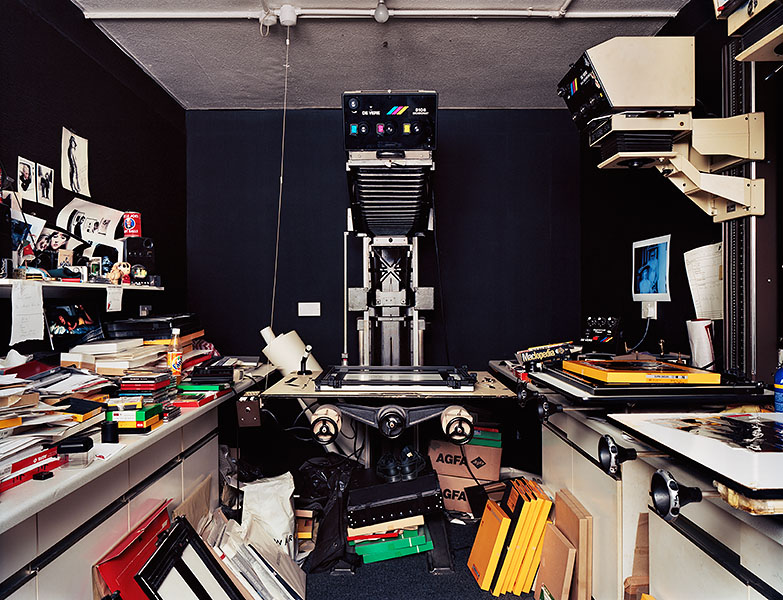 This exhibition is about Darkooms that still remain running in London, and how digital has rapidly swept in on to the photography scene, which has consequently reduced the amount of people who use the beautiful and old school method. Summer of 2007 Richard Nicholson decided to shoot images of professional darkrooms in and around London, and he found some 204 still in existence’s continuing to print an ‘existing’ image. When he completed the project three years later only 8 remain, this illustrates how many people have converted, which has made the whole process of photography simpler, less labour-intensive, less costly and more technically creative .  Richard Nicholson says, “Making a complex print in the darkroom is physical activity and it is often accompanied by a burst of adrenaline as the printer races against the clock. With digital, there is post-production interpretation, but it can’t be called a ‘performance’. Photoshop work is non-linear and is not time-restricted. And, once that work is done, each print is identical.”

This remarkable exhibition is on at the Riflemarker gallery, and I encourage you to go to show your support and love for FILM.