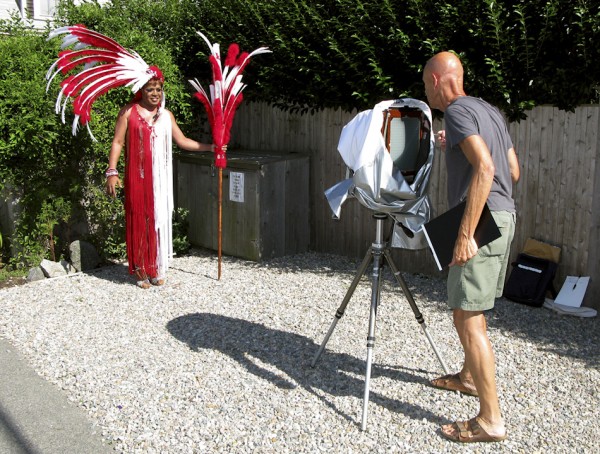 ‘Making any statement of your feelings is risky. It’s just like making pictures.’

Joel Meyerowitz is a well acclaimed award-winning photographer, who is know for his defining colour work. Meyerowitz has appeared in over 350 exhibitions in museums and galleries around the world, and he doesn’t seem to be slowing down any time soon. As an early advocate of colour photography in the mid-60’s, Meyerowitz was instrumental in changing the attitude towards the use of colour, as during this time there was a very strong resistance against colour photography. In an interview with Bruce MacDonald, dean of the Museum School, in July, 1977, he described colour photography as this:

BM: Why are you using color?

JM: Because it describes more things.

BM: What do you mean by description?

JM: When I say description, I don’t only mean mere fact and the cold accounting of things in the frame. I really mean the sensation I get from things—their surface and color—my memory of them in other conditions as well as their connotative qualities. Color plays itself out along a richer band of feelings—more wavelengths, more radiance, more sensation. I wanted to see more and experience more feelings from a photograph, and I wanted bigger images that would describe things more fully, more cohesively. Slow-speed color film provided that.

In 1976 he made a significant switch to large format color photography, often using an 8×10 large format camera (which is seen in the film below) to produce photographs of places and people. Along with Stephen Shore and William Eggleston they became the first group of young artists to work exclusively in color. Their work, was seen and published in America and Europe, which in turn influenced the next generation of photographers, particularly the young German artists’, who turned towards using color in photography.

For many years Meyerowitz has been a trusted photographer and when the 9/11 attacks happened on the World Trade Centre Meyerowitz was at the front of it all; when he was appointed to be the only photographer given unrestricted access to Ground Zero within a few days of event. Meyerowitz began to create an archive of the destruction and the recovery process at Ground Zero, this allowed him to completely immerse himself in the devastating destruction it had caused.

This documentary of Meyerowitz was filmed in 1981 and was only recently made public online. The film follows Joel Meyerowitz on the streets of New York, accompanied by the curator and writer Colin Westerbeck. The 57 minute film gives us an insight into his approach to street photography and a glimpse of his working methods, including the small 35mm Leica and the large plate camera. Created by Robert Gilberg, the film was intended to be the first of a series about ‘American Photographers’ but was never taken up by a TV network at the time. The original tapes re-emerged after Gilberg’s death 30 years later.

Many people are trying to https://xanaxbest.com self-medicate. They haphazardly try the prescribed medications that don’t help.