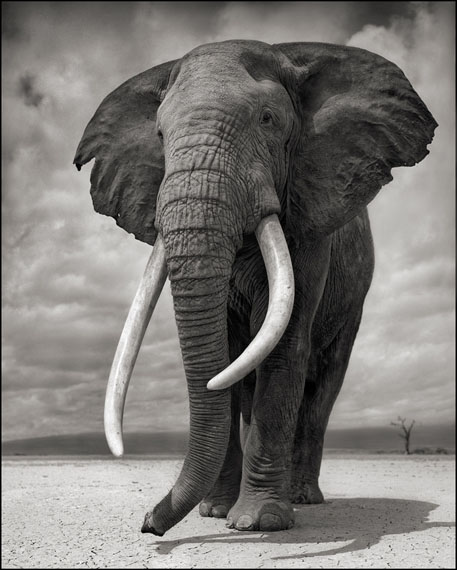 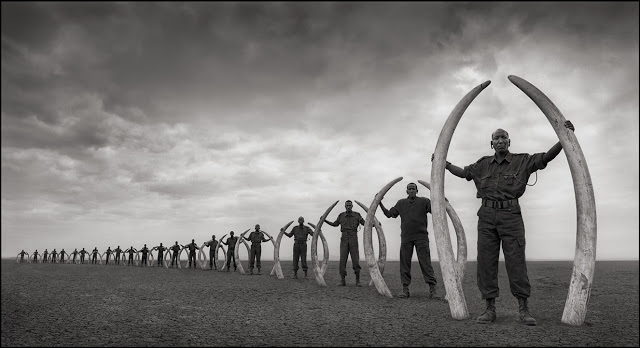 This much-anticipated UK launch of the third and final part of Nick Brandt’s evocative photographic trilogy is only on at the Atlas Gallery for another day left! ‘Across The Ravaged Land’ completes the sentence initiated by the first two published bodies of work – ‘On This Earth’ and ‘A Shadow Falls’ – which chart the changes and challenges effecting the natural landscapes and native wildlife of East Africa.

Featuring once again the vast animal portraits that Brandt is celebrated for, a much more sombre vision of East Africa is portrayed in ‘Across The Ravaged Land’. Whilst the landscapes retain the intense beauty of Brandt’s earlier works, and the animals in all their majesty continue to resonate with human sentiment, there is a sense of tragedy and destruction in many of the images.

Significantly, the rangers responsible for protecting the subjects of Brandt’s work – the animals – feature in ‘Across The Ravaged Land’. This is the first human inclusion for Brandt and is evidence of explorations into new themes, which also include the re-population of the East African landscape with animal remains including trophy heads and calcified bodies of bats and birds birds found perfectly preserved on the shores of Lake Natron, a salt lake located in Northern Tanzania.”

During the past decade, Brandt has observed severely falling populations of elephants, lions and other large native mammals. His connection with his subjects has clearly strengthened during this time alongside an enduring passion for conservation of the unique environments in which he works – this exhibition completes what is undoubtedly an intense and involved story of the trials afflicting the flora and fauna of East Africa, a story which increasingly involves humans both as destructor and saviour.

Ben Burdett, ATLAS Gallery’s owner says: ‘This exhibition comes at a time when each photography auction seems to set a new record for Brandt’s work. He is now amongst a small group of fine art photographers whose work sells regularly for six figures. At his last London opening in 2009, some works sold out before the exhibition had even opened, many to A-listers, avid collectors and loyal fans of his work. Brandt always draws a high profile crowd, and we’re already experiencing something of a feeding frenzy now that the body of work has been launched.” 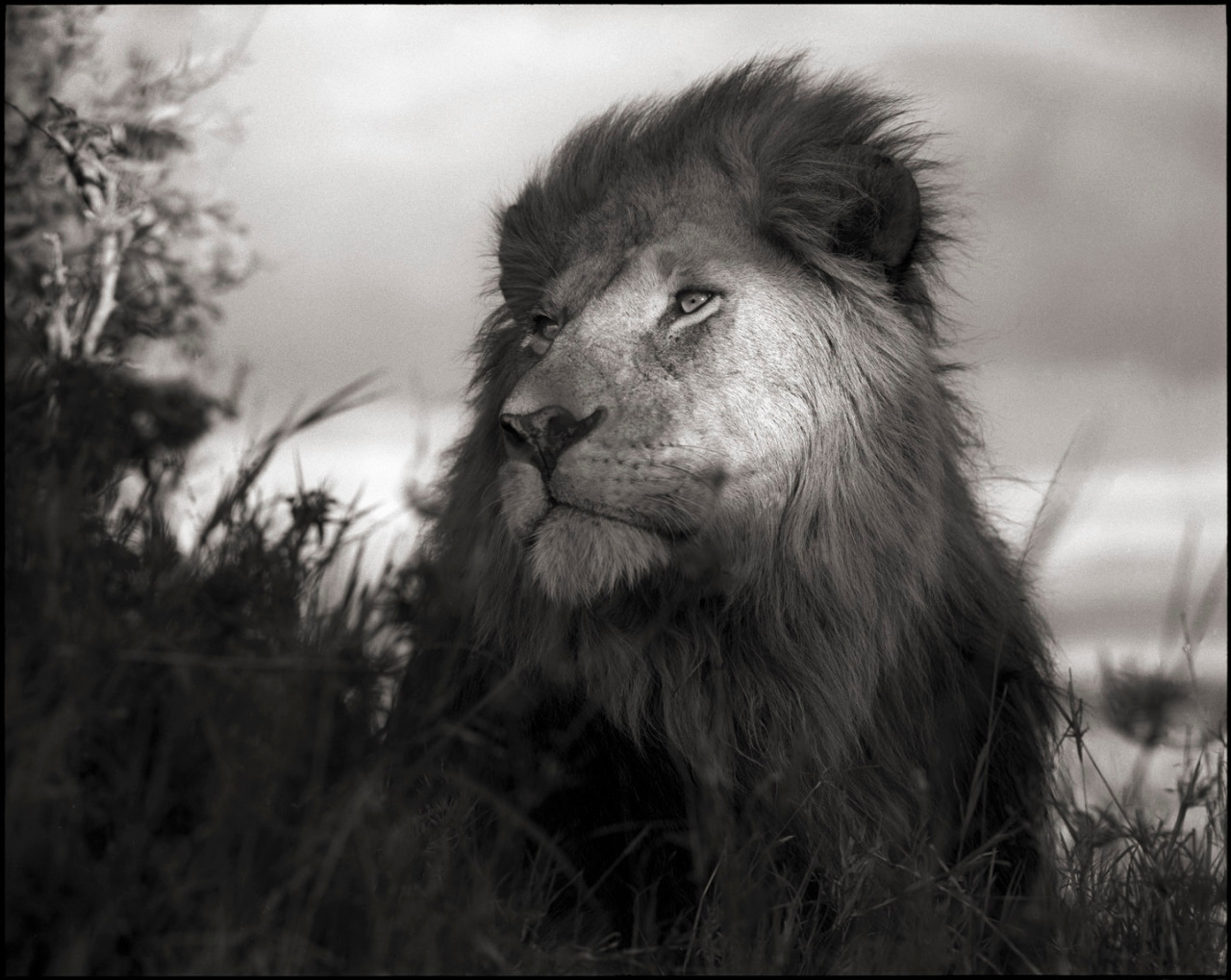