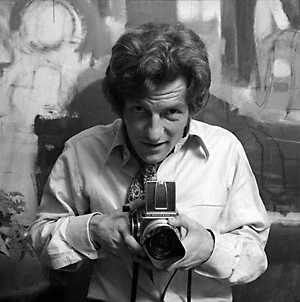 ‘Remember that the person you are photographing is 50% of the portrait and you are the other 50%. You need the model as much as he or she needs you. If they don’t want to help you, it will be a very dull picture.’

Lichfield started taking photographs at the mere age of just eight! Since then his passion for photography has never stopped. With the pressure of a difficult home life, and the weight of family responsibility on his shoulders, photography offered itself as a promising and exciting escape. It was at Harrow School that his photographic flare first shone through, when he undercut the school’s hired portrait photographer and started to take the leaver portraits of his friends and fellow classmates. After school, Lichfield enrolled at the Royal Military Academy Sandhurst. However, photography was his real passion, and he left the army to pursue a career as full-time photographer. Constantly his family would try to sway him away from a career as a photographer, one member in particular declaring that‘a photographer was worse than being an interior decorator, only marginally better than a hairdresser’. However, typically, he did not listen and went on to fulfil an immensely successful forty-year career.

Lichfield had an ability to capture people at ease. Often portraying a variety of moments and natural poses, he revealed the true character of his subjects as they where able to trust him completely. Equally he was happy photographing the social scene of the Swinging Sixties and the Royal Family, as he was documenting London and its social issues. He was often found on the streets of East London snapping away at the stall holders and market sellers, or in Hyde Park photographing the characters found at Speakers’ Corner. He had the ultimate ability to get along with people from all parts of society which was crucial to his career, and is widely evident in the legacy that he has left behind. His diverse interests brought him into contact with people from every walk of life. Society photographer, Cambridge Jones described him in a BBC interview, soon after his death, as ‘He’s also I think the last of the great geltmen photographers, and probably he represents the switch in two eras from the world of aristocracy from which he came to the world of celebrity, arguable the new aristocracy, and he managed to cover both worlds ‘

The exhibition Perceptions was created to show the lesser-known aspects of Lichfield’s rich archive. Whilst fans of his portraiture will find much to enjoy, they will also delight in a wealth of images that they might have not associated with the photographer. Chris Beetles Fine Photographs exhibition will be a mixture of new and unseen work, vintage prints and iconic pictures taken from all periods of his career. It is a testament to his love of photography, whether he was in the studio, on the streets, in far flung locations or at his beloved home in the country, it just might change peoples perceptions of Lichfield’s work.