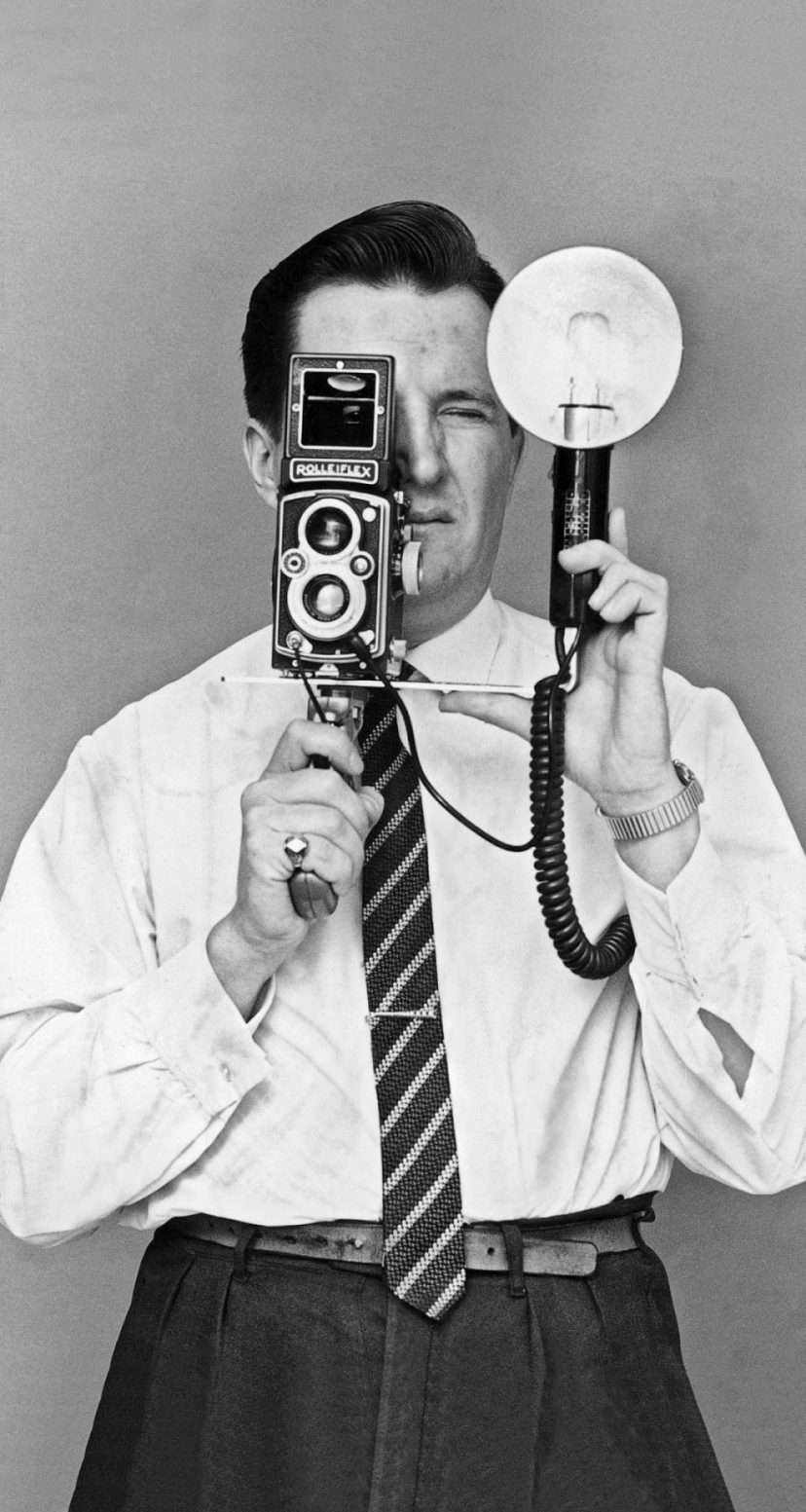 What makes a Twin Lens Reflex (TLR) Rolleiflex so special? Well, it was THE camera of choice for anyone serious about their photography from the 1930’s right through to the early 1960’s. Many very famous photographers have used the Rolleiflex over the years, Imogen Cunningham, Lee Miller, Robert Capa, Robert Doisneau and David Bailey to name but a few.

The TLR has a number of advantages over the more common Single Lens Reflex (SLR) camera. The SLR is used at eye level, so you are more aware that the camera is being used. The TLR uses a waist level finder, which means the camera is held at chest level and you have to have your head down to look through the view finder. Another difference is that SLR’s are oriented in a horizontal or landscape format so has to be rotated to make vertical or portrait format images. As the TLR Rolleiflex uses a square format you don’t need to do this. There is also the different perspective when shooting from a TLR as the horizon and the background behind a subject will be shifted higher because the camera is closer to the ground.

It does take time to get used to using the camera as the image in the waist level viewfinder is reversed left to right by the mirror. So, if the object is moving to the right in the viewfinder and you move the camera to the right the object will move to the left! At first it can also be difficult to hold the camera level. Don’t despair, with a little practice, this becomes a lot easier and eventually second nature.

With the Rolleiflex you look and frame the image through the upper lens and take the photograph though the lower lens. Unlike a SLR the mirror doesn’t move and the shutter is inside the lens and makes far less noise. This has two advantages, you can use slower shutter speeds because there is a lot less vibration and people are a less aware of you using the camera as the shutter is so quiet. 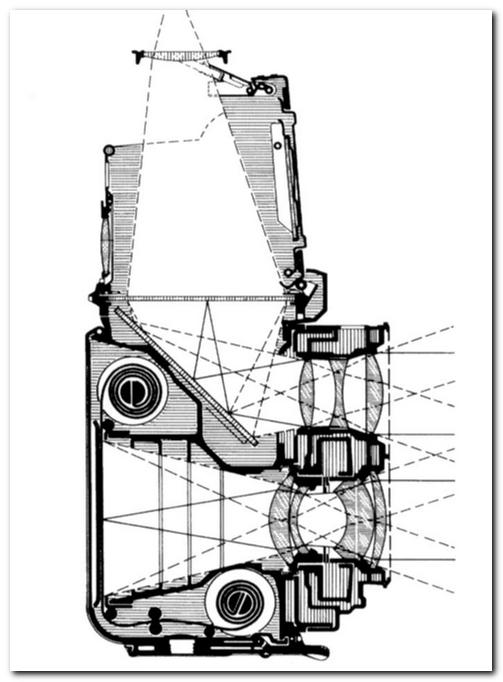 The major appeal of the Rolleiflex is the build quality, these cameras were made to last. Made primarily from metal and glass and covered with leather they feel good and solid to use. These precision instruments were made by craftsmen. This makes a 50 or 60 year old camera feel good and demand to be handled, loved and, most of all, used.

I came to the TLR Rolleiflex late in life, I’ve used a Rolleiflex SL66 since 1987, my main camera. It has all the advantages of a medium format single lens reflex camera. It also has all the disadvantages, quite large and heavy and a load of accessories. The TLR, my first one was a MX-EVS from the mid 1950’s, was a joy, compact, light, fixed lens and all the quality I’d come to expect from a Rolleiflex and a Zeiss lens. There is an odd combination of liberation and constraint in not being able to choose which lens to attach to your camera. Give it a try!

So, what do you need to look for when buying your Rolleiflex? The Original Rolleiflex was first made in 1929 and the last 3.5F came off the production line in 1976. They did make the 2.8 version in various guises until 2015, but these newer cameras are expensive and really no better that the older models. So most cameras worth considering are 40 to 60 years old.

The most important thing is the condition of the optics and critically, that of the lower taking lens. This should be perfect. You can cope with some minor issues with the upper viewing lens as this only effects what you see. Any defects with the lower lens will show on the film and therefore the print. Common problems are chips, coating breakdown, scratches (might be referred to as cleaning marks), fungus, interior dust particles (sometimes called haze) and balsam separation of the lens elements from ageing cement. You can easily look through the taking lens by opening the back, setting the shutter to 2 (the green numbers) and opening the aperture to it’s widest – f2.8 or f3.5 depending on the camera model. Wind the crank to cock the shutter, hold the camera up to a bright light and while looking through the camera press and hold the shutter release. This opens the shutter until you release the button and allows you to see any obvious defects on the lens.

Another thing to look at is the accuracy of the shutter. A good speed to check – giving an indication of shutter operation – is one second. It usually takes a second to say ‘one thousand and one’. You’ll see and hear if the shutter is slow or fast.

Film transport can be checked for movement and stiffness, to fully test this you need to run a film through the camera. Check the focus, check that the movement is smooth, the lens panel runs parallel and accurate, that the viewfinder is clear and bright.
Is the camera in a case? Most cameras kept in a case are cleaner, have less external wear and are mechanically better. Does the viewfinder open smoothly? Is the body clean, without dents, with all the screws in place, no unusual smells and no peeling leather panels?

Any cosmetic issues and shutter or film transport issues may not be a deal breaker, most things can be fixed apart from the optics.

So, which models should you consider? The E and F models and the wide and tele Rolleiflexes are good. The first two versions of the 3.5F had a gear shutter which isn’t as reliable. The Rolleicord Vb, Va and V are worth considering because they are simpler mechanically. The Rolleiflex T was more for the amateur market and as such wasn’t made for heavy use.

Most models have a f3.5 75mm lens, a standard lens for the format. The f2.8 models have the slightly longer 80mm focal length. The wide uses a 55mm f4 Distagon lens which gives you that broader angle of view. The tele has a 135mm Sonnar lens – great, you might think, for portraits – however the camera doesn’t focus that close without the use of an additional close up lens, called a Rolleinar.

My favourite TLR Rolleiflex is the 3.5F, it doesn’t carry the premium of the 2.8F and you can pick up a perfectly good example for a few hundred pounds. The slight disadvantage of the slower lens is only an issue in low light and even then only makes a 2/3 of a stop of a difference. The 3.5F is the slightly wider lens (75mm vs 80mm) but the main advantage is that it is lighter and smaller than the 2.8F. I’ve had some great results at speeds down to a second just resting the camera on a flat surface because the shutter is so smooth. In cities it’s great for street photography, the only danger is that people will continually come up to you and either admire the camera or ask what sort of camera it is!

Some models are very collectable and carry a price premium, these are;
• the Rolleiflex-wide because of the limited numbers made
• the white face versions – because they are the newest of 5 models (T, 2.8F, 3.5F, tele and Vb Rolleicord)
• Late 2.8Fs and 3.5Fs – because they were the last models and the pinnacle of the design
• The Vb Rolleicord, the last of the Rolleicords.

Collectors only want the best and will pay a premium for ‘as new’ cameras. So if you want a bargain go for a camera that is optically perfect, mechanically sound but cosmetically a bit tired! 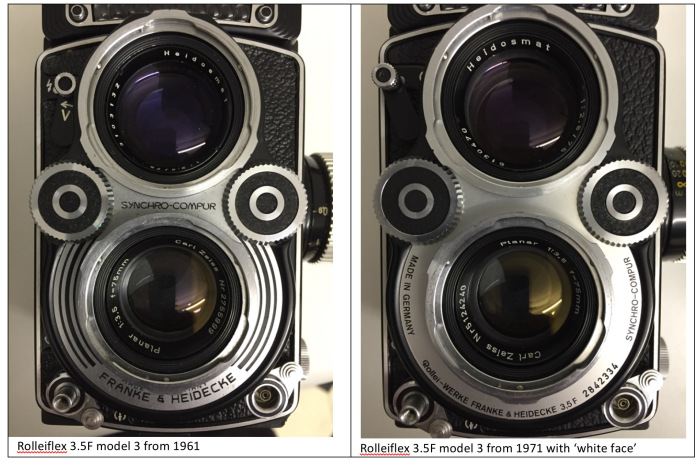 Are there any models to avoid? Although I’ve never seen, owned or used one, experts say to stay clear of the Rolleimagic. Pre-war Second World War cameras are, because of their age, less reliable. The baby Rolleiflexes use different film size which restricts their use.

I have an Original Rolleiflex from 1929, still in perfect working order. It’s fun to use as it is the camera that started it all but the viewfinder is a lot darker making it difficult to frame and focus. The original camera used 117 roll film which is no longer made. A few cameras, mine included, were converted to take 620 film which is still available – just! 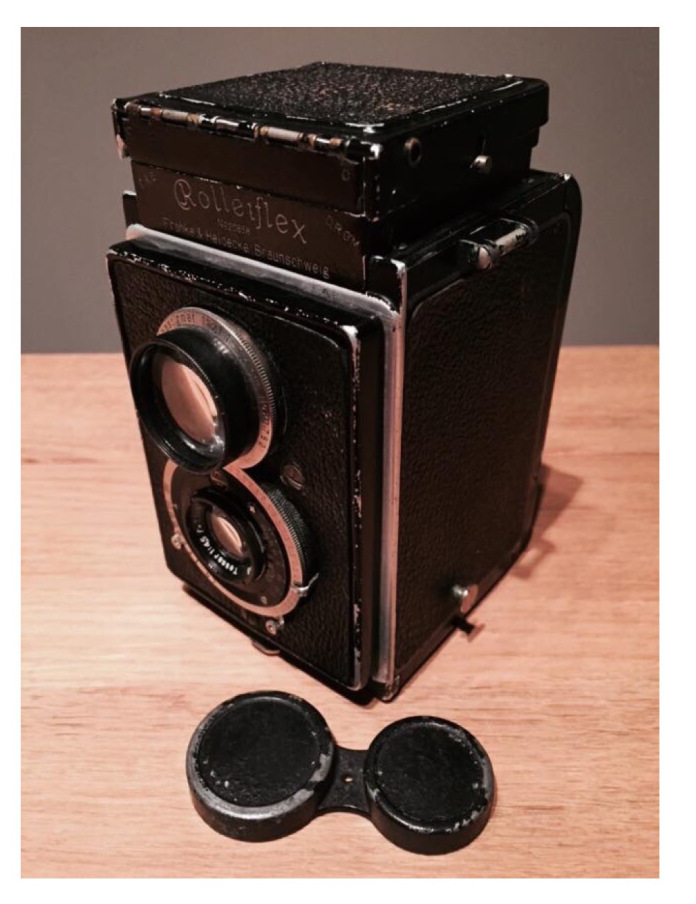 Which ever camera you choose to buy should give you years of faithful use. Remember these cameras, if used and stored correctly, can produce some stunning images.

About the Author: Martin Reekie is a fine art photographer based in the Cairngorms National Park and works mainly in black and white using medium format cameras. Since 1986 he’s exhibited in galleries throughout the United Kingdom, Europe and the United States. The image is fixed on the ground glass; the negative and therefore the print is an honest and faithful reproduction. Pure photography – no gimmicks, no explanation required, just the silver image fixed on paper, well presented.