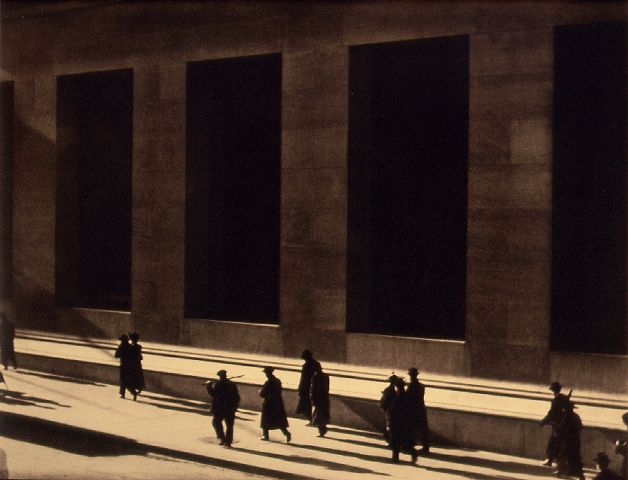 ‘It is one thing to photograph people. It is another to make others care about them by revealing the core of their humanness.’

Paul Strand, known as a one of the most iconic photographers of the 20th century, who drove the medium forward along side others such as Alfred Stieglitz and Edward Weston, to establish it as an art form. His unique and large body of work, spanned over six decades, covers many different genres and subjects, from many different areas of the world such as America, Europe and Africa. This documentary on Strand, is an in-depth insight into the man behind these revolutionary photographs. Although his influence on the history of photography has been nothing short of profound, Paul Strand still remains a curiously shrouded and paradoxical figure. While passionately devoted to humanity, he was happiest in the isolation of the darkroom. A pioneer filmmaker, (Manhatta, Native Land, Heart of Spain, The Wave), he found the process of collaboration painful. Strand established himself in New York in the 1920s as a master of light and structure, with his now famous photo of ‘Wall Street‘ inspired by the forms and movement of European modernist painters such as Matisse and Picasso. His closeup portraits and landscapes were equally profound.

John Walker’s Strand: Under the Dark Cloth is a documentary that is “beautifully crafted, thoroughly researched and intimately recounted” (Variety) with generous amounts of Strand’s most famous photographs, clips from his films and collaborators including Fred Zinnemann, Cesare Zavattini and Georgia O’Keeffe. This is a valuable introduction to the life and work of Paul Strand suitable for both art historians and general viewers alike.

Born in New York City to Bohemian parents, Strand was a student of renowned documentary photographer Lewis Hine at the Ethical Culture Fieldston School in his late teens. It was while on a field trip in this class that Strand first visited the 291 art gallery – operated by Stieglitz and Edward Steichen – where exhibitions of work by forward-thinking Modernist photographers and painters would convince Strand to take his photographic hobby more seriously. Stieglitz would later promote Strand’s work both in the 291 itself and in his photography publication Camera Work. Strand’s earlier work displayed him experimenting with formal abstractions, while other works showed his interest in using the camera as a tool for social reform (no doubt influenced by Hine).

Over the next few decades Strand became involved with motion pictures as well as still photography. His first film project was Manhatta, (also known as New York the Magnificent) a silent film showing the day-to-day life of New York City made with painter/photographer Charles Sheeler. Other films he was involved with included Redes, (released in the US as The Wave) a film commissioned by the Mexican government in 1936 and the pro-union, anti-fascist Native Land released in 1942. Strand was closely involved with Frontier Films, one of more than twenty organizations which were branded as ‘subversive’ and ‘un-American’ by the US Attorney General. In 1945, Strand collaborated on a book of his photographs with photography critic Nancy Newhall. In June 1949 Strand left the United States to present Native Land at the International Film Festival in Marianske Lazne, Czechoslovakia. It was a departure that marked the beginning of Strand’s long exile from the prevailing climate of McCarthyism. The remaining twenty- seven years of his life was spent in France where, despite never learning the language, he maintained an impressive creative life, assisted by his second wife, Hazel Kingsbury Strand. To find out more about this iconic photographer then we urge you to watch this documentary.