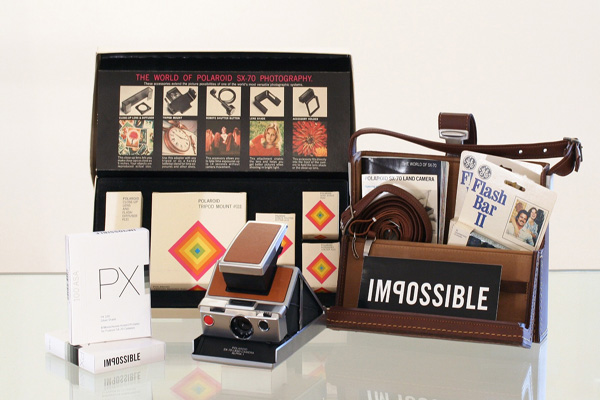 In October 2008 the last Polaroid production plant for essential instant film in Enschede (NL) was saved by The Impossible Project. The project started to invent and produce totally new instant film materials for traditional Polaroid cameras. With great thanks to the project, instant analog photography was saved from near extinction in 2010, by releasing various, brand new and one of a kind instant films.With the prevents of the project more than 300.000.000 perfectly functioning Polaroid cameras have been saved from becoming non useable, this in turn changes the world of photography as it gives photographers variety and more importantly it keeps analogue photography alive.

The project was set up with a small team of the very best 10 former Polaroid employees who shared passion as well as the belief in the ‘Impossible dream’. The Impossible Project currently employs 25 people in the factory in Enschede. The factory is located in Building Noord (North) of the former Polaroid plant in Enschede. Since its early days this impressive black and white striped building has been the heart of the film production, that housed huge production machines. Impossible moved all other machinery required to start the re-production of instant film to Building Noord. With this new and modern setup, production was descreased from 3-4 buildings to now just one.

An impossible challenge the project had to face was that the original Polaroid color dyes were no longer available and that there was no way to reproduce them, the Impossible Project had to start from scratch. The team only had one year to completely reinvent a new photographic instant system. After thousands of experiments and after a million of small steps (not to forget the support of many excellent partners) they successfully managed to develop a new Impossible film system. Thank you Impossible Project, for restoring the classic and truly magical instant analogue photography!

Below are some pictures of the Impossible polaroids and a video to show you how the polaroid’s are actually made!