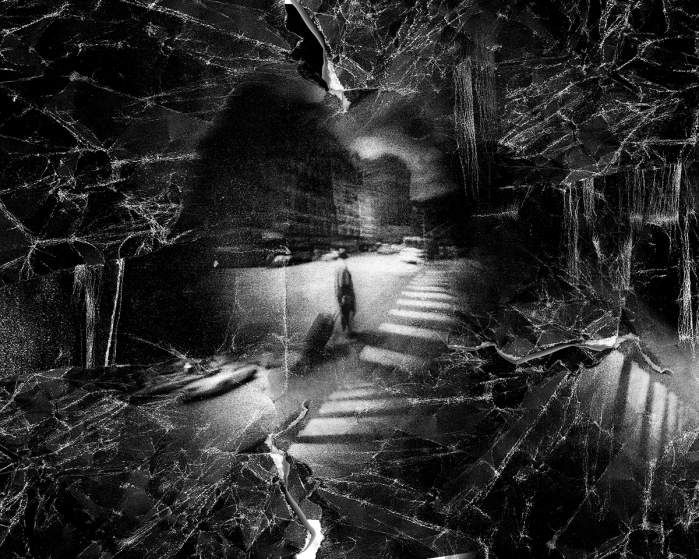 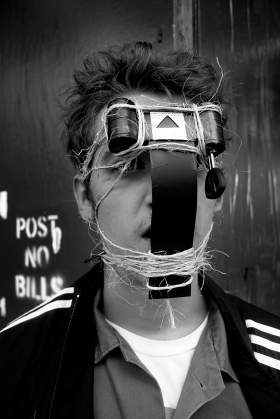 Have you ever wanted to try a completely new perpespective in the way you take your photographs or have you been trying to shoot complete strangers in the street but can’t seem to find the courage to do it?

Well, photographer Nicholas Williams has come up with a very unique solution to this problem, he decided to use his face to hold his handmade camera, which he has aptly named the jaw operated pinhole camera!

He told TIME, “As a street photographer it can be kind of intimidating bringing the camera up to your face to make a picture, so I thought I‘d put the camera on my face.”

William’s constructed his basic camera using everyday household items; a matchbox, a tin can and some cheap twine. It works by wrapping the twine around his camera, forehead and jaw, from that William’s is able to control his exposures by simply opening and closing his mouth.

Last July, the photographer visited New York City to try his homemade camera in a brand-new environment. “The camera sort of acted as a mask, people don’t pay attention to you in New York City if you’re doing something strange, most people didn’t even seem to notice me at all.”

Back in Ann Arbor, where Williams is a student at the University of Michigan, people’s reactions were polar opposites. “I stood over a girl and attempted to make a test photograph, but she ran off leaving her books and bag behind,” he says. When Williams later approached her, she told him she actually believed that the camera attached to his face was a bomb!

This summer, the jaw-operated pinhole camera will be back on Williams’ face as he plans to travel to Ireland and use it again, this time to make colour photographs, we can’t wait to see the results from that.