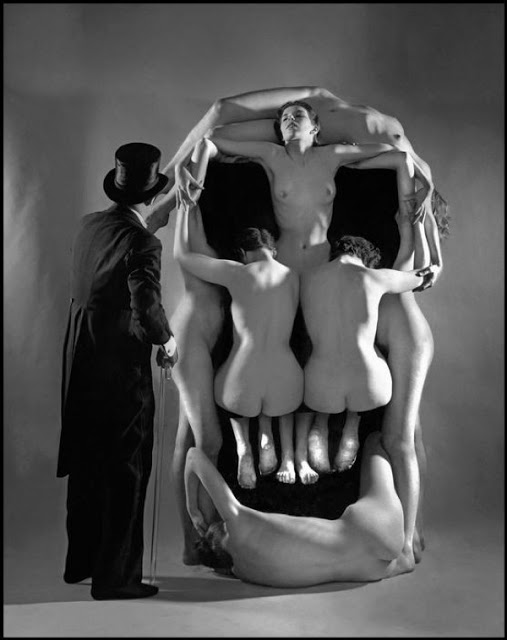 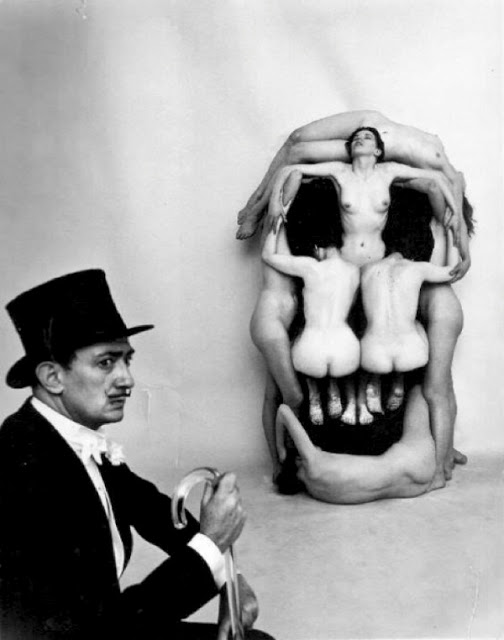 “In Voluptas Mors” (“Voluptuous Death”), is probably one of the most complex portraits I have ever seen alongside Halsman’s “Dali Atomicus” which took 28 attempts!

“In Voluptas Mors” is again a carefully considered and planned out portrait of the surrealistic Spanish artist Salvador Dalí, made in collaboration with photographer Philippe Halsman (1951). The image depicts Dalí posing beside a giant ‘skull’, a tableau vivant (or “living picture”) comprising of seven nude female models in beautiful mind blogging poses. As you can imagine it took a considerable amount of time to create this wonderful photograph. It took all in all Halsman and Dali three hours to arrange the models according to Dalí’s precise sketch. 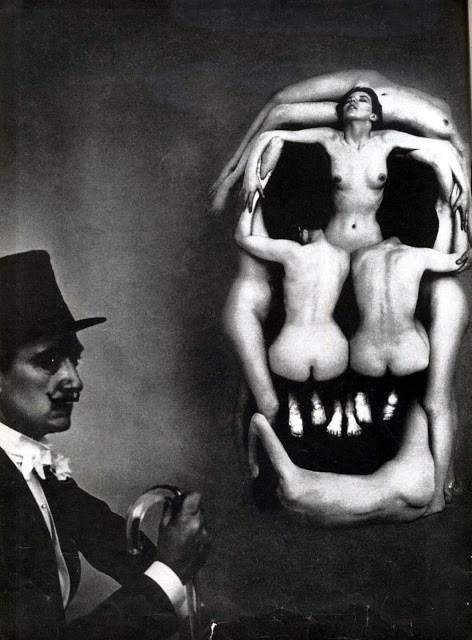 Philippe Halsman ( 2 May 1906 Riga, Latvia – 25 June 1979 New York City) was a Latvian-born American famous portrait photographer who was born to a Jewish family of Morduch (Max) Halsman, a dentist, and Ita Grintuch, a grammar school principal, in Riga, Halsman studied electrical engineering in Dresden. In September 1928, Halsman went on a hiking tour in the Austrian Alps with his father, Morduch. During this tour, Morduch died from severe head injuries. The circumstances were never completely clarified and Halsman was sentenced to 4 years imprisonment for patricide. The case provoked anti-Jewish propaganda and thus gained international publicity, and Albert Einstein and Thomas Mann wrote in support of Halsman. Finally by 1931 Halsman was released under the conditions that he leave Austria for good, never to return!

Halsman and Dalí met in 1941 and since then they collaborated closely on many photographs together and eventually released a compendium of their collaborations in the 1954 book Dali’s Mustache, which features 36 different views of the artist’s distinctive mustache.

One of their most famous and iconic collaborations between the two is considered to be “In Voluptas Mors”. Here are the pictures revealing behind the scenes of the making of this complex photograph!