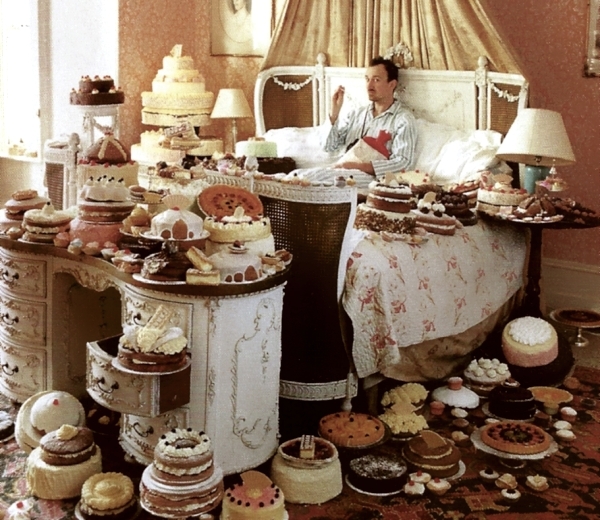 Supported by: Mulberry/ Represented by the Michael Hoppen Gallery and Art & Commerce.

‘Sometimes when you’re taking a picture an extraordinary sense of luck and chance takes over and propels you to make pictures that you couldn’t in your wildest dreams have imagined. This is the magic of photography’. Tim Walker, Story Teller. Pg 112

On the 18th of October Somerset House will be revealing an exciting major new exhibition by Tim Walker who is one of the most visually exciting and influential fashion photographers of today, who shoots entirely on film using mainly a Pentax 6×7 and ambient lighting.

Walker’s fascination with the make-believe world of fashion photography started early. As a 19-year-old intern at Vogue he established its Cecil Beaton Archive before studying art and photography at Exeter Art College. On graduation he worked briefly as a freelance photographic assistant in London before moving to New York as full-time assistant to Richard Avedon. At the age of 25 he shot his first Vogue fashion story. He was the recipient of the second ‘Isabella Blow Award for Fashion Creator’ at the British Fashion Awards (2008) and the following year he received an Infinity Award from the International Center of Photography, New York, for his fashion photography. In 2011 his short film The Lost Explorer premiered at Lorcano Film festival and went on to win the Jury Award at the Chicago United Film Festival. He is also well known for his advertising campaigns for Mulberry, Hèrmes, Valentino and many others.

This greatly anticipated exhibition is supported by Mulberry where Tim Walker has brought the last four Mulberry seasons to life as part of ethereal, beautiful campaigns and shares the brand’s love for juxtaposing heritage appeal with English eccentricity; finding the fantastical in fashion and telling the unexpected fairy tale. Mulberry continues their support of Tim Walker’s creativity through supporting Story Teller, the exhibition.

“We have long been inspired by Tim’s uncompromising creative vision – his aesthetic and narrative approach is particularly British, at once whimsical, romantic, clever and seductive – the perfect creative partner for Mulberry, the quintessentially English luxury brand” Georgia Fendley, Brand Director, Mulberry

“I was thrilled when Mulberry offered to lend their support to Story Teller. After their help with The Lost Explorer, which came about in somewhat of a serendipitous way, this time around it felt like another piece of our relationship had fallen into place. Mulberry understand the stories I tell through my photography and share my enjoyment for celebrating the fantasy in life” Tim Walker, Photographer

Tim Walker is extravagant in scale and ambition and instantly recognisable for their eye-opening originality, Walker’s photographs dazzle with life, colour and humour. His recent work is drawn from the pages of the world’s leading magazines: British, French, American and Italian Vogue, Vanity Fair, W and The New Yorker among many others.

Walker’s photographs will provide the focus of the exhibition, but the camera, he claims, ‘is simply a box put between you and what you want to capture’. Everything in Walker’s pictures is specially constructed and in a glimpse behind the mechanics, there will be installations and a selection of the extraordinary props and models on show: giant grotesque dolls for Italian Vogue and an almost life-size replica of a doomed Spitfire fighter plane!

The exhibition will be accompanied by a series of events that feature many of Tim Walker’s long-time collaborators and uncover the influences and stories behind his work. There will be workshops for all ages offering visitors the opportunity to work with some of the set designers and prop builders who have worked with Tim Walker throughout his career and talks will include Tim Walker in Conversation with Penny Martin (sold out). Throughout the exhibition there will also be the opportunity to see a series of films specially curated by Tim Walker. Made up of films that have inspired and influenced many of his images, they will include cult movies such as La Belle at la Bete, The Red Shoes, A Matter of Life and Death and Tim’s own first feature The Lost Explorer.

To coincide with this highly anticipated exhibition, Thames & Hudson have agreed to publish Story Teller by Tim Walker (£45) . The book features over 175 inspirational images, collages and snapshots from Walker’s personal archives, many on display in this exciting exhibition.

Working with the biggest names in contemporary fashion and culture, in Tim Walker Story Teller you will encounter Alber Elbaz sporting a pair of rabbit ears; Karen Elson up against it with a giant crocodile; Agyness Deyn in the sand dunes of Namibia; Tilda Swinton in Iceland; Alexander McQueen and a memento mori of skull and cigarettes; Helena Bonham Carter and Tim Burton turning an Essex garden centre into a danse macabre; Stella Tennant in a pink cloud among the rhododendrons of an English country garden and a visitor from outer space surprises a foxhunt in Northumberland.

With an imagination that knows no bounds, Walker turns fashion shoots into fairytales or, in his own words, ‘daydreams into photographs’. He constructs flamboyant worlds that unfold, page after page, like a series of stills from unrealised films. The photo shoot begins to resemble the film set: hair and make-up artists, fashion stylists and costume fitters, model makers, set designers, builders, producers and painters, prop suppliers and a cast of models playing out imagined roles. At the centre is Walker harnessing creative and technical talents to conjure up the harmonious whole in a singular picture.