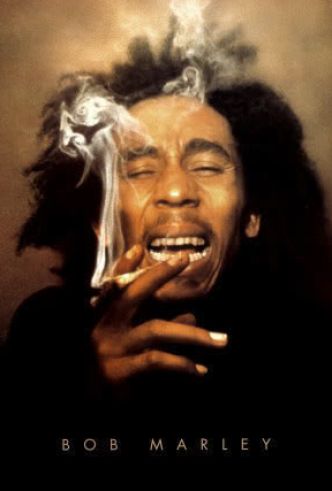 At the young age of just 11, Dennis Morris started his photographic career, when one of his photographs landed on the front page of the Daily Mirror. A camera enthusiast since the age of 8, and known around his east end neighbourhood as ‘Mad Dennis’, as he preffered to take photos than to kick a football around. The Photograph that landed on the front cover of the Daily Mirror was one he took at a feisty PLO demonstration where after the sharp young Dennis took his film to a photo agency on Fleet Street who promptly sold it to the Daily Mirror for £16.

Dennis began to raise money for films and camera equipment by taking photos of christenings and birthday parties, Dennis realized he was on to something; his hobby and consuming passion could be done for a living. Where his photographic career really took off was whilst he was bunking off school to wait for Bob Marley to arrive for soundcheck at the Speak Easy Club on Margaret Street. Marley, was quite taken with the young teenager who was waiting for him, so he decided to invite Dennis to come along and take pictures on the remainder of the tour. Running home to Dalston, Dennis packed his bag and jumped on the bus. His remarkable photographs of Marley and The Wailers became famous all over the world, appearing on the cover of Time Out and Melody Maker before Dennis had even turned 17!

Dennis’s photos of Marley changed his career forever, they caught the eye of the young Johnny Rotten. Rotten, a massive reggae fan, had admired Dennis’s work and requested that he take the first official shots of the Sex Pistols upon signing to Virgin Records. Still in his teens, Dennis was the same age as the Pistols, they soon learned to trust him completely, allowing him unrestricted access to their strange and chaotic lives. For a year, Taking hundreds of classic shots of the band, making him the only photographer to put the Sex Pistols fully at ease in front of the lens. Dennis’s work of the band established, not only their publicity, but also Dennis’s position as one of the most striking music photographers in the country.

With a career spanning more than 20 years, and an incredible c.v that is unmatchable. Dennis Morris still continues to photograph the leading musicians of the time such as Bush, Oasis and The Prodigy. Several books of his work have been published such as Bob Marley: A Rebel Life; he has held exhibitions in the UK, Japan and Canada, and his photographs have appeared in Rolling Stone, Time, People magazine, and the Sunday Times, amongst many others. Below are just a small selection of his amazing work from a group entilted ‘Reggae’.