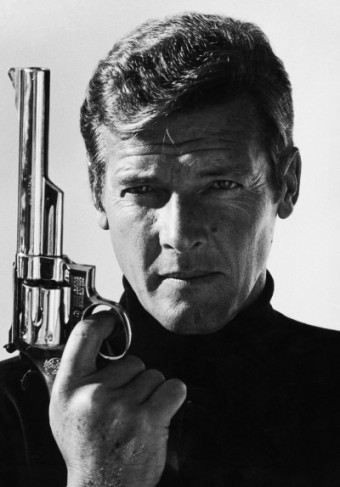 On the 13th of September Proud Chelsea will be opening it’s doors to reveal to the public the exclusive exhibition by acclaimed photographer Terry O’Neill. Since its creation in 1953, and inception in film in 1962, James Bond has become a quintessential part of British culture, producing 21 films, seven 007’s, and scores of memorable stunts, gadgets, and girls. ‘ALL ABOUT BOND: Photographs by Terry O’Neill’ is a 50 year celebration of the film enterprise, showcasing Terry O’Neill’s exclusive photographs of the world of Bond.

Terry O’Neill has been able to cover all angles from the iconic Bond movies from the glamour to the guns epitomising the British style. From Sean Connery to Pierce Brosnan, this collection boasts shots of six official Bonds, with additional portraits of David Niven and Peter Sellers (from the 1967 Casino Royale) and Bond Girls such as Ursula Andress and Honor Blackman. Terry O’Neill’s dazzling shots provide a rare chance to see the famous faces of the films, up close and personal.

One of the definitive photographers of the swinging sixties, Terry O’Neill has produced some of the most iconic shots of the era, including several of the images selected for this exhibition. Able to capture major celebrities at their most relaxed – without compromising their particular gusto and glamour – ALL ABOUT BOND includes many candid snaps of the Bond actors behind the scenes and never before seen material: Sean Connery snoozing in a director’s chair; George Lazenby poolside; and Roger Moore cavorting in a hotel suite with Jane Seymour.

Exactly 50 years since Dr No’s release and the initial shot of Sean Connery taken, Proud Chelsea celebrates Terry O’Neill and the legacy of James Bond with this phenomenal collection.