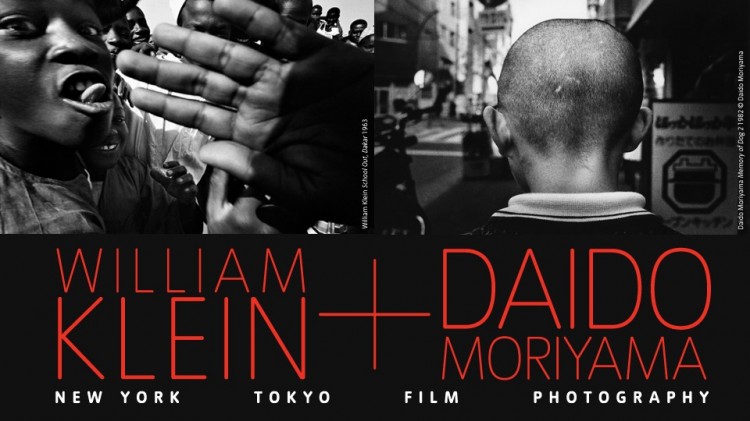 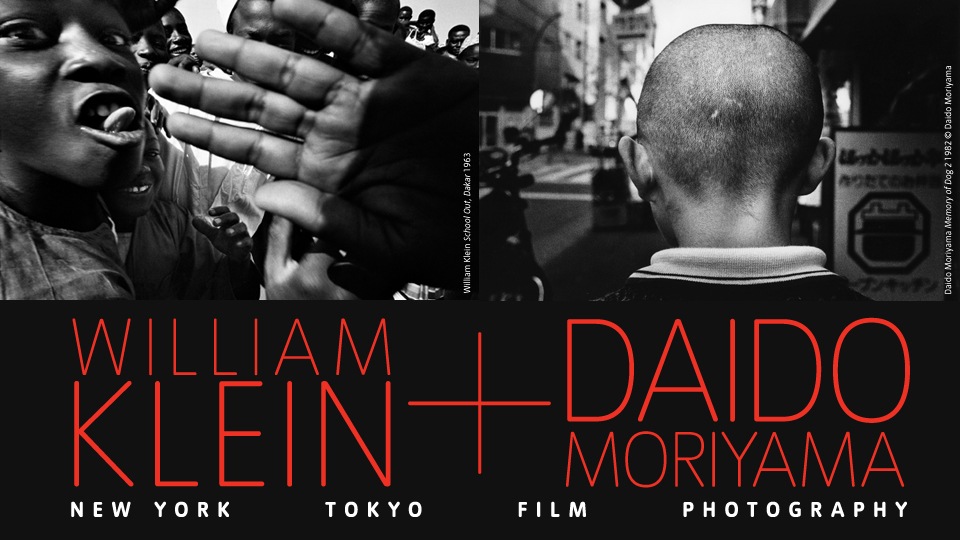 On the 10th of October Tate Modern will be exhibiting the work of acclaimed photographers William Klein and Daido Moriyama, allowing the public to explore modern urban life in New York and Tokyo through their compelling work. This is the first exhibition to look at the relationship between the work of influential photographer and filmmaker Klein, and that of Moriyama, the most celebrated photographer to emerge from the Japanese Provoke movement of the 1960s.

Daido Moriyama was born in Ikeda, Osaka, he first trained in graphic design before taking up photography with Takeji Iwaniya, a professional photographer of architecture and crafts. In 1961 he moved to Tokyo, where he assisted photographer Eikoh Hosoe for three years and became familiar with the trenchant social critiques produced by photographer Shomei Tomatsu. Also he drew inspiration from William Klein’s confrontational photographs of New York, Andy Warhol’s silkscreened multiples of newspaper images, and the writings of Jack Kerouac and Yukio Mishima.

William klein was born in new york in 1928 into a family of poor jewish immigrants. His friends remember him as a bright, sarcastic kid who liked art and the humanities. From the age of 12 he adored the MoMA, Museum of Modern Art, which became like a second home to him. At the age of just 14, three years ahead of his classmates, he enrolled at city college of new york to study sociology. At 18, he spent two years in the US army, stationed in Germany and France as a radio operator, before completing his course. Originally he trained as a painter, studying under Fernand Légerand where he found early success with exhibitions of his work. However, he soon moved on to photography and achieved widespread fame as a fashion photographer for Vogue and for his photo essays on various cities. Despite having no official training as a photographer, Klein won the Prix Nadar in 1957 for New York, showing a book of photographs taken during a brief return to his hometown in 1954. His work was considered revolutionary for the time and for his extensive use of wide-angle and telephoto lenses, natural lighting and motion blur.

Tate Modern will be presenting work from the 1950s right to the present day: ‘The exhibition demonstrates the visual affinity between their urgent, blurred and grainy style of photography and also their shared desire to convey street life and political protest, from anti-war demonstrations and gay pride marches to the effects of globalisation and urban deprivation.’

The exhibition also considers the medium and dissemination of photography itself, exploring the central role of the photo-book in avant-garde photography and the pioneering use of graphic design within these publications. As well the issues of Provoke magazine in which Moriyama and his contemporaries showcased their work, the exhibition will include fashion photography from Klein’s work with Vogueand installations relating to his satirical films Mister Freedom and Who Are You Polly Maggoo?