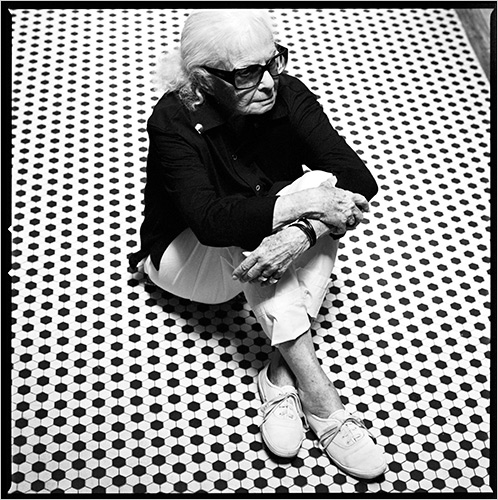 This incredible solo exhibition of Lillian Bassman’s work, in an exciting collaboration with The Wapping Project,  is unmissable. Displaying altogether 20 photographs,  including  some of her most influential work. Her distinctive style of black and white photographs will no doubt sit outside the conventional ‘box’ of how to take fashion shots, for that era. Vanity Fair magazine has singled her out as one of photography’s “grand masters”. Her photographs display an elegant essence, creating an almost paint like quality to them, due to the dramatic contrast in her black and white prints. Bassman took her most significant photographs during the late 1940s to the early 1960s, most of them commissioned by American Harper’s Bazaar art director Alexey Brodovitch. Lillian Bassman was born in 1917, working in an era dominated by male photographers such as Richard Avedon and Irving penn, making her one of a few female photographers in the fashion business. Her individual photographic style quickly singled her out from becoming a leading photographer of her generation. The fact that she was a women gave her an advantage, she felt that “The models thought about this a lot. It was a sexually very different thing when they worked with men. They felt a charge. They were posing for men. I caught them when they were relaxed, natural and I spent a lot of time talking to them about their husbands, their lovers, their babies” In many ways, there is a connection between Bassman’s work and Donna Karan’s, Karan says “Everything I do is a matter of heart, body and soul. For me, designing is an expression of who I am as a woman, with all the complications, feelings and emotions”. Bassman’s fashion photographs are very unique, displaying women in the most graceful way, if your in London don’t miss the opportunity to view her work.