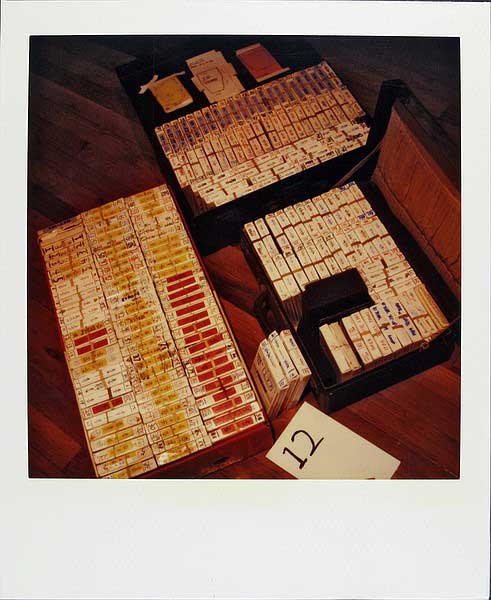 Jamie Livingston (1979 – 1997) was a New York-based photographer, film-maker and circus performer, he was no ordinary guy. We all would like a little memory from each day, Livingston managed to capture this by forming a photographic diary from the age of 18 till the day he died, recording his life solely through polaroids, this was entitled “A photo a day”. This documentation of his life started from March 31st, 1979 right through to 25th of October, 1997, as you view his images on his website, you realise that there is nothing written about him or there is no contact details, everything about him is in his photographs. Livingston’s Polaroid a Day captures his experiences of coping with a brain tumour, to photographing his friends, to his engagement and marriage.He even photographed his trips in and out of hospital up until the day of his death. Using a Polaroid SX-70 camera, he managed to form a collection of an obscene amount of polaroids, taking over 6,697, as some have been misplaced.

His friends Hugh Crawford and Betsy Reid kindly organised, dated in sequence, all of his polaroids which formed into an exhibition at Bard College where it all started, entitled “JAMIE LIVINGSTON. PHOTO OF THE DAY: 1979-1997”, which opened in 2007. Here below is a short video showing the range of his shots, but to find the a treasure trove of polaroids visit his website – Jamie Livingston .