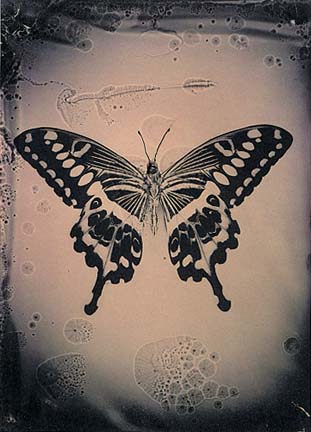 Next year this interesting documentary film entitled ‘Artists & Alchemists’ will be released which explores the comeback of 19th century chemical photography! By following ten distinguished photographers creating daguerreotypes, ferrotypes and wet plate collodion photographs, ‘Artists & Alchemists’ documents the personal vision and drive needed to revive these once forgotten art forms. Through this film the viewers will be able to enter the studios of Jayne Hinds Bidaut, Chuck Close, John Coffer, Adam Fuss, Mark Kessell, Sally Mann, Mark Osterman, France Scully Osterman, Irving Pobboravsky and Jerry Spangnoli to gain experience of how each photographer incorporates this ancient process into modern art. This unique documentary includes many expert interviews , it investigates photography’s roots, the digital evolution, and displays the dramatic impact it has had on the world. Below is a extract taken from the ‘Artists & Alchemists’ site.

On the 16th of July the film had a screening at the Culver Center of the Arts, even though the release date has still not been finalized, but we will keep you updated. Below is the trailer of the documentary, alongside with some of the photographers that appear in the movie.