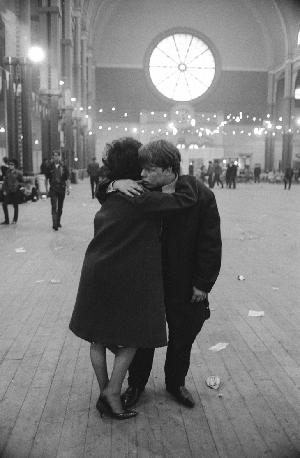 The exhibition is free, but viewing is by appointment only. To arrange a viewing please contact rsvp@adamstreet.co.uk

Idea Generation Gallery brings you ‘Hoppy’, which is the exciting new exhibition from John ‘Hoppy’ Hopkins, which will be displayed at Adam Street Gallery. John ‘Hoppy’ Hopkins is a legendary British Photographer “one of the best-known underground figures of Swinging London”. He has taken many unexpected different directions in his career, such as becoming a nuclear physicist in the Fifties, writer and co-founder of the legendary UFO Club in the Sixties and he is also known as a pioneer of video.

Hoppy also worked as a documenter for the Sunday Times Magazine and Melody Maker, covering CND marches, London’s psychedelic drug culture, American civil rights, jazz legends and future British pop stars including the Beatles, Rolling Stones, Duke Ellington, Thelonious Monk and Louis Armstrong. He also captured the neglected side of London, with photographs of tattoo parlours, cafes, prostitutes and fetishists. Hoppy’s new exhibition at the Adam Street Gallery will feature a selection of his favourite photographs, many of which have remained abeyant in his archive for several years.

Hoppy possesses an incredible archive, so if your in London book yourself an appointment and go to see the ‘Hoppy’ exhibition.