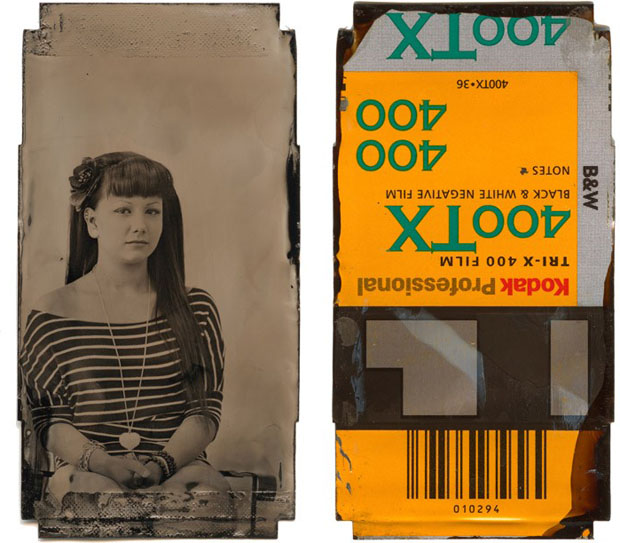 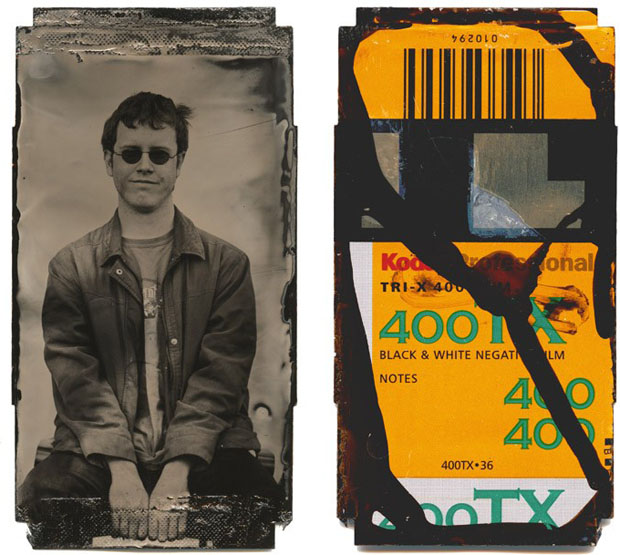 We think this is amazing! Arizona-born photographer David Emitt Adams uses the beautiful 19th century process called “wet-plate collodion” to create an array of unusual tintypes by using unconventional materials to display his photographs. The first project we stumbled across was his old discarded cans project, entitled “Conversations with History“ , where Adams collected Cans from the desert floor and coated them to create Can Tintypes (shown below)! Here is what Adams had to say about the meaning behind the project:

“For this body of work, I collect discarded cans from the desert floor, some over four decades old, which have earned a deep reddish-brown, rusty patina. This patina is the evidence of light and time, the two main components inherent in the very nature of photography. I use these objects to speak of human involvement with this landscape and create images on their surfaces through a labor-intensive 19th century photographic process known as wet-plate collodion. The result is an object that has history as an artifact and an image that ties it to its location. These cans are the relics of the advancement of our culture, and become sculptural support to what they have witnessed.” 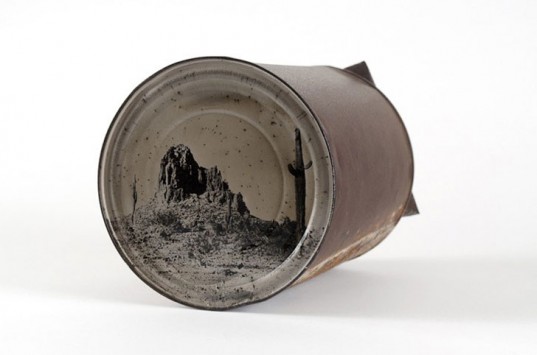 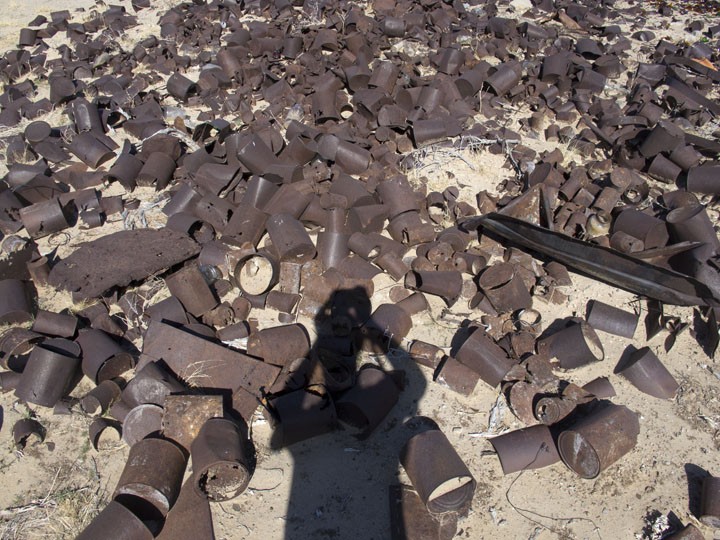 The next project which has really caught our eyes is called 36 Exposures, that has not only been wonderfully photographed but also exquisitely displayed. Adams coated students discarded 35mm film canisters and took a photograph of them on it!

Adams describes on his website how he came up with this fascinating idea:

“In the piece 36 Exposures, I used 35mm film canisters discarded by my “Introduction to Photography” students as the metal base to hold their collodion tintype portraits. I employed this labor-intensive, 19th-century photographic process to make the students’ portraits on the very film canisters that played a crucial role in their initial understanding of photography. The entire series is housed in a mahogany display case, which I designed and built to reference and reinterpret the history of photographic display. The canisters and the process I used in this piece speak of my fascination with the evolving nature of photography, representation, and culture.”

Furthermore to these tintypes, he also put together this magnificent display case made out of mahogany to store and display the work. 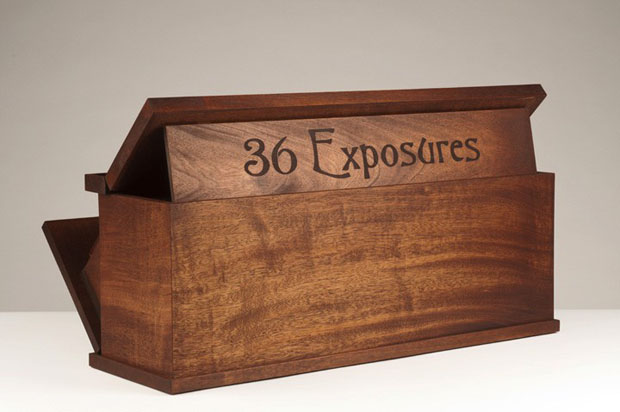