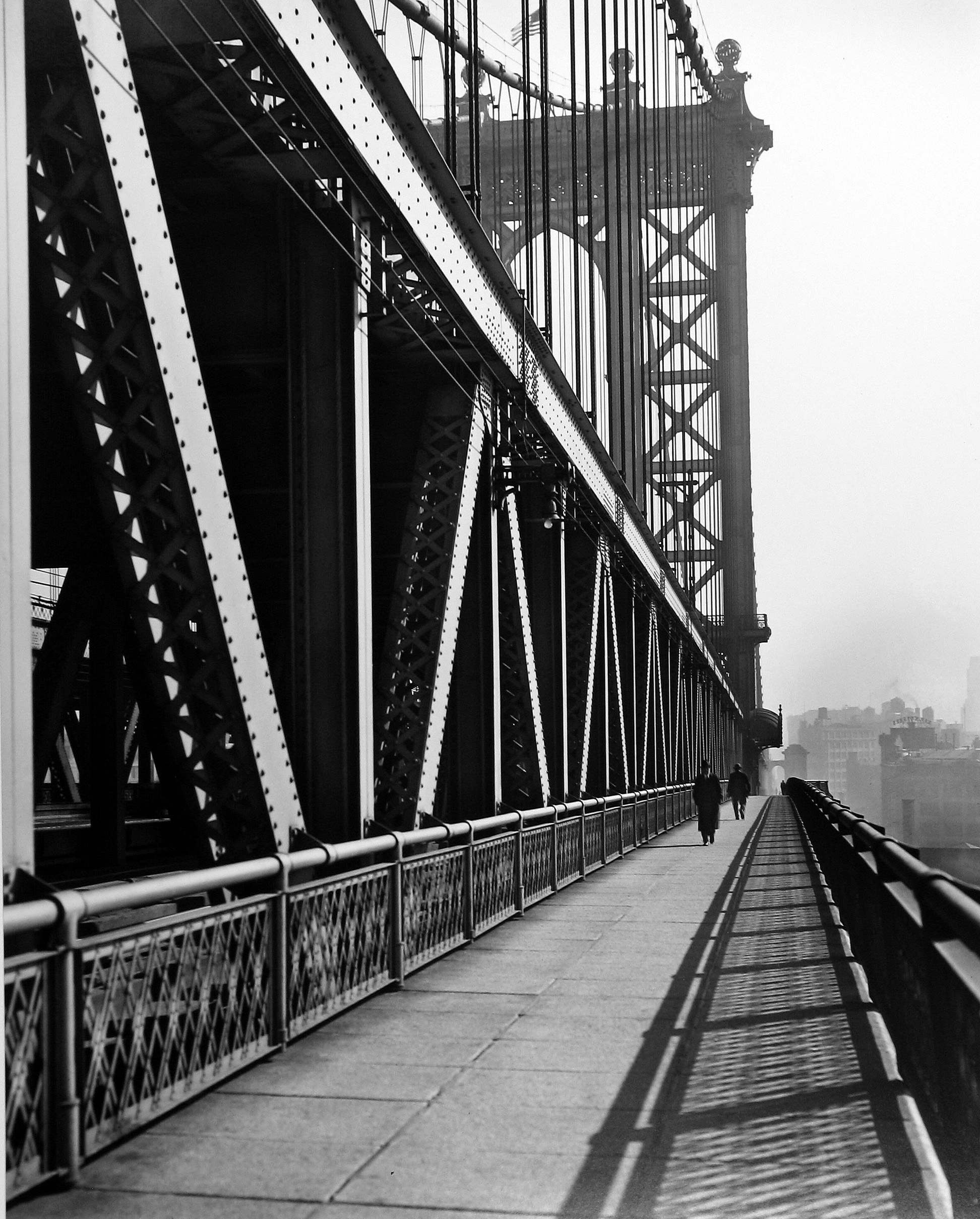 Beetles + Huxley continue to display images by some of our favourite photographers and their most recent show is no exception. Berenice Abbott (1898-1991), is the first UK major retrospective of the American masters work. With a career spanning nearly her whole life she created one of the most significant and varied bodies of work in photography. The prints that are on show include early celebrity portraits, her famous ‘Changing New York’ series and her ground-breaking science photography.

Her photographic career began when she became a darkroom assistant to acclaimed photographer Man Ray. Subsequently while working there she discovered her own talent for taking photographs, shooting when ever she had the chance. Abbott built up such a reputation at Man Ray’s studio that one day a client called for her rather than Man Ray, he was furious and sacked her on the spot!

A true highlight of the show and taking front row in the gallery window has to be her most acclaimed photograph “Nightview, New York” 1932 (below). 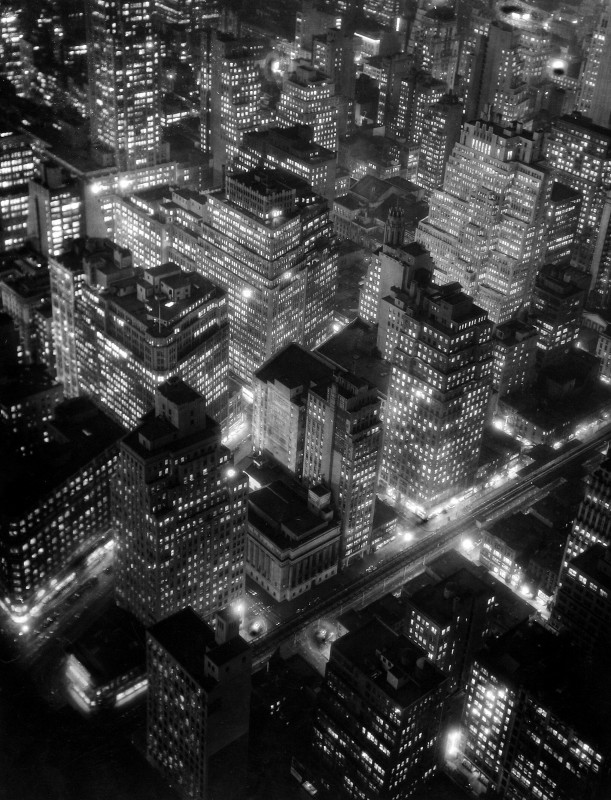 The gallery explained, “Abbott wanted to capture the city in darkness before the office lights were turned off. Using an exposure time of 15 minutes on her large-format camera, the photograph shows the frenetic energy of the city in a formalist study of the geometric shapes created by Manhattan’s skyscrapers.’

The exhibition also includes a selection of famous sitters including James Joyce, Max Ernst and Eugène Atget and a lesser known series like “US Route 1 series”. Our favourite part of the show was being able to see her project “Changing New York”, which Beetles + Huxley says is, “Abbott’s colossal testament to the dizzying scale and extreme contrasts of the most advanced metropolis in the world. Abbott conceptualised the project as a photographic portrait’ of the city.”