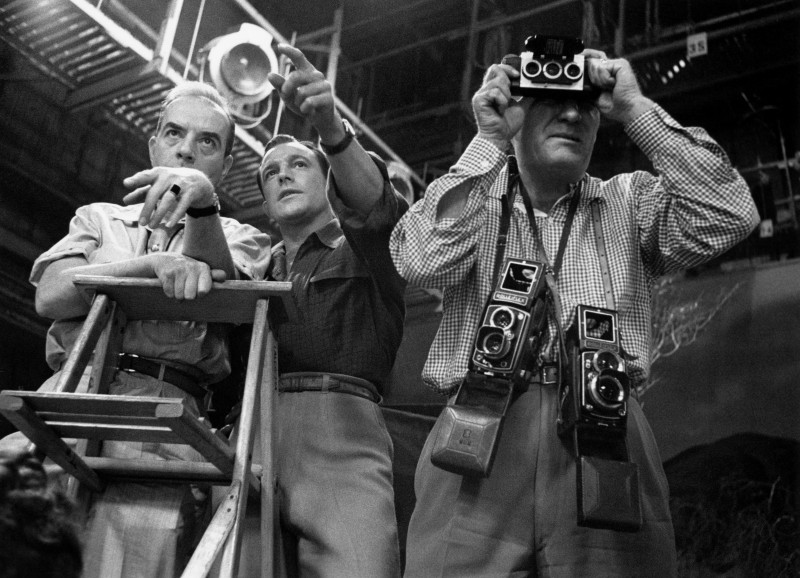 London’s first major retrospective of this celebrated photographer who captured the stars of stage and screen.

Bob Willoughby received his first break in 1954 when Warner Brothers Studios asked him to photograph Judy Garland on the set of A Star Is Born, for Life Magazine. Willoughby’s career went from strength to strength from that point on and he quickly became one of the most sought after photographers of his time.

Willoughby was the first ‘outside’ photographer employed by studios to document the making of films. As a result his work forms a visual who’s who of cinema, rock and jazz music, theatre and dance over 20 years. He covered the making of over 100 films including The Graduate, (1967) Who’s Afraid of Virginia Woolf, (1966) and My Fair Lady, (1964) and had a unique ability to capture the individual essence of each film he documented. His sitters included Audrey Hepburn, Frank Sinatra, Dustin Hoffman, Chet Baker, Elvis Presley and the Rat Pack.

The exhibition will include iconic images of a multitude of stars from the 1950s and 60s, including Dustin Hoffman and Anne Bancroft on the set of The Graduate; Dean Martin and Frank Sinatra casually playing Blackjacks at the Sands Hotel, Las Vegas; Audrey Hepburn between takes on the set of My Fair Lady; Chet Baker recording the music for My Funny Valentine and the legendary saxophonist Big Jay McNeely in concert.

Both a star behind the camera and technical innovator in front of it, Willoughby’s photographs were never out of print during his 20 year career in the film industry. As a testament to this, his photographs are currently held in permanent collections at the National Portrait Gallery in both London and Washington DC, as well as many other significant international photography institutions around the world.

This exhibition is a must see this Autumn and will be a wonderful celebration of this photographer’s extensive career.