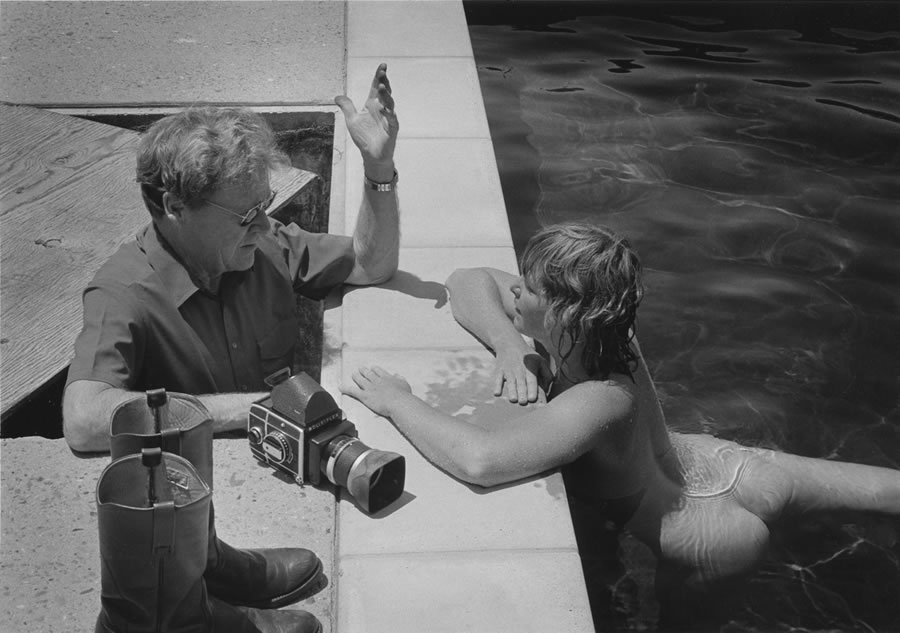 “The camera for an artist is just another tool. It is no more mechanical than a violin if you analyze it. Beyond the rudiments, it is up to the artist to create art, not the camera”

Until the 24th of April the Michael Hoppen Gallery will be displaying an exquisite comprehensive vintage selection of Brett Weston’s work ‘Nudes & Dunes’.

Born in 1911, the son and apprentice of legendary photographer Edward Weston, Brett applied himself to
photography from an early age. Moving with his father to Mexico aged thirteen he was introduced to Diego Rivera, Jose Clemente Orozco and Tina Modotti. His father’s radical sense of composition and his exposure to modern art imbued him with a developed sense of form and a fascination with abstraction.

Weston began photographing the dunes of Oceano, California in the early 1930’s and continued to photograph the desert throughout his career. In the late 1970’s and into the 1980’s he developed the Underwater Nude series, harnessing the mercurial quality of the water in the same way he had the desert sand. Often quoting painters as more influential to him than photographers, he maintained a strong sense of design: an inherent ability to reduce his subject to pure form.

At seventeen Weston was part of the pivotal inter-war Film and Photo exhibition. He went on to mount his first one man retrospective at the De Young Museum in San Francisco aged twenty-one. Exhibited extensively ever since, his work is in the collections of innumerable museums including The Metropolitan Museum of Art, MoMA,The International Centre of Photography and the Getty Museum.

This beautifully crafted work has never before been exhibited in this country, so this is a perfect opportunity to view Brett Weston’s work up close and personal.