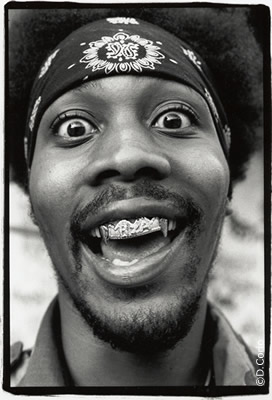 This is a joint exhibition of photographs documenting the memorable punk and hip hop movements of the 70s and 80s displayed at The Morrison Hotel Gallery in New York. The photographs that are on display are by Janette Beckman and David Corio. The late 70’s Beckman and Corio were freelancing for rival weekly newpapers in London – the Melody Maker and New Musical Express. These music papers were the largest and had a huge influence on the music scene, with upcoming bands desperate to be featured to further their careers.

David Corio began his professional career in 1978 taking photographs of a range of different musicians including Bob Marley, U2, Tom Waits and Public Enemy for New Musical Express, The Face, Time Out, and Black Echoes, covering a wide range of music and portraiture. After a stint as a music writer at City Limits, he worked as a freelance photographer for the Daily Telegraph, The Guardian, Q and Mojo and has over 200 record covers to his credit. In 1992 he moved to New York working for the New York Times and the Times (UK) and the School of Visual Arts.

The Morrison Hotel Gallery was founded in 2001 by Peter Blachley, who is a former record company executive, producer Rich Horowitz, a former independent record store owner, and Henry Diltz, a legendary music photographer. The gallery has since grown to become a major brand in fine art music photography. Here are a few photographs by Corio and Beckman.