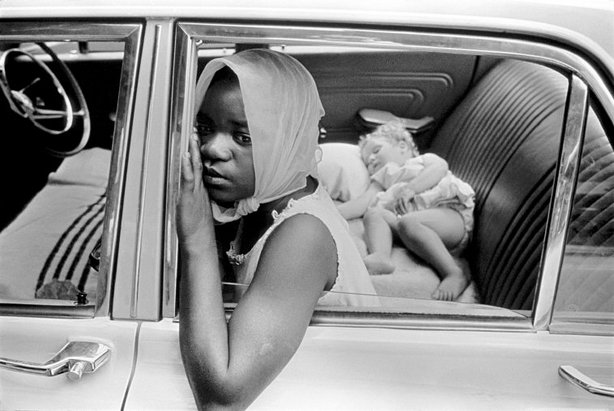 Living Apart is a compelling touring exhibition through Liverpool, about the apartheid, photographs that capture the most dramatic and iconic moments over 40 years of South Africa’s history, taken by photojournalist Ian Berry.

In post-war South Africa’s government gradually developed a policy to retain the rights and privileges of the white minority – apartheid. Although other societies experienced racial prejudices, South Africa was the only government to institutionalise and regulate segregation, often producing strange situations. Ian Berry photographs this duty to ‘live apart’, whilst living in the same space.

Berry made his reputation as a photojournalist in South Africa in the 1960s. He worked for several publications, including the Drum, a magazine which recorded the apartheid years from a Black perspective and was often used as a means to unite and mobilise resistance against the regime. He was the only photographer to document the massacre of at least 69 people in Sharpeville 1960 and has since returned to document some of South Africa’s most significant moments. These have included the collapse of the apartheid, the rise and fall of Nelson Mandela and the development of right-wing white group AWB, led by the infamous Eugene Terre Blanche.

This exhibition is part of Liverpool’s first ever international photography festival, Look11. The festival will take place at galleries and exhibition spaces across Liverpool and Merseyside, showcasing significant new bodies of work by emerging and established photographers from both home and abroad. Below are some Photographs that will be displayed at the exhibition ‘Living Apart’.