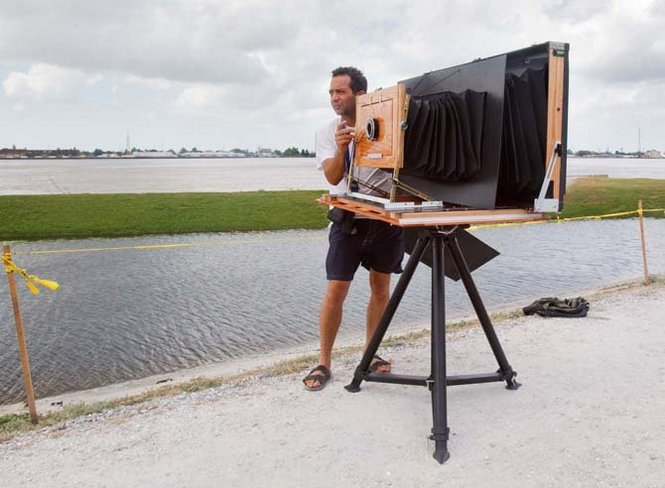 Darren’s great big camera is defiantly an impressive piece of D.I.Y camera building, the camera produces negatives that are 36×14″ and measures 6ft in length when set up. Darren Samuelson built the whole camera himself from his apartment, which took over six months. He shoots on X-Ray film to make the process cheaper, “For 10 sheets of the film I normally shoot with, I could get about 125 sheets of the x-ray film”. The video below is a short documentary by Matthew Sultan who went along with Darren and his father when they took the giant camera to San Francisco.

Darren and his father are also on a road trip around America with the giant camera, updates on his trip are on his website which will be linked below. We have also chosen a few images from Darren’s great big camera to show you all what an amazing piece of D.I.Y it is and how it looks in action.