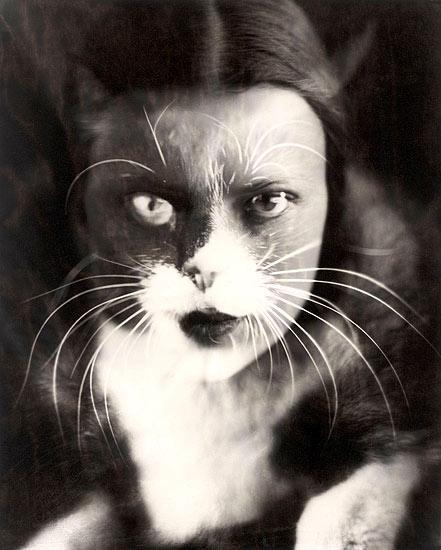 From the 11th of October The Metropolitan Museum of Art in New York will be displaying an array of surreal photography, from decades before photoshop was even in existent, where photographers had to carefully modify their images in the darkroom to create surreal photographs.

‘The urge to modify camera images is as old as photography itself—only the methods have changed. Nearly every type of manipulation we now associate with digital photography was also part of the medium’s pre-digital repertoire: smoothing away wrinkles, slimming waistlines, adding people to a scene (or removing them)—even fabricating events that never took place.’

This international loan exhibition traces the history of manipulated photography from the 1840s through to the early 1990s, when the computer replaced manual techniques as the dominant means of doctoring photographs. There will be two hundred pictures on view were most have been altered after the negative was exposed—through photomontage, combination printing, overpainting, retouching, or, as is often the case, a blend of several processes. In every instance, the final image differs significantly from what stood before the camera at any given moment.

The exhibition complies an amazing array of manipulated photographs, whether modified in the service of art, politics, news, entertainment, or commerce, the pictures featured in this fascinating exhibition adopt the seamlessly realistic appearance of conventional photographs. Aimed to convince the eye, even if the mind rebels at the scenarios they conjure, such as a woman bathing in a glass of champagne or a man brandishing his own severed head.

Over the past two decades, digital technology has made us all more keenly aware of the manipulated photographic image, and many have loss faith in the testimony of the camera. However we have gained a fresh perspective on the history of the medium and its complex relationship to visual truth. Through today’s eyes, we can see that the old adage “the camera never lies” has ‘always’ been photography’s supreme fiction.

Information: The Metropolitan Museum of Art