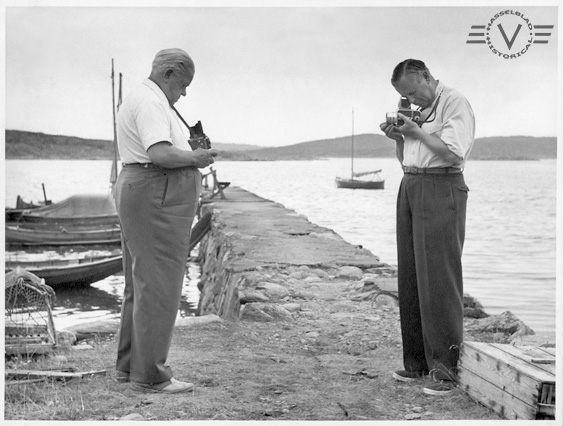 ‘I certainly don’t think that we will earn much money on this, but at least it will allow us to take pictures for free’

Hasselblad’s history stems back many years, dating from when it first started off as a trading company in 1841 in Gothenburg, Sweden, until Victor Hasselblad decided to create a photographic division. Since then the company has created unforgettable moments/images such as when, which is perhaps one of the most famous events in history, the Hasselblad camera was used during the Apollo Program missions when man first landed on the moon, after that event Hasselblad never lost there partnership with NASA. Other events include when the Swedish government approached Victor Hasselblad in 1940 to help create an aerial camera, as during World War II, the Swedish military captured a fully functioning German aerial surveillance camera from a downed German plane, which was probably a Handkamera HK 12.5 / 7×9, which bore the codename GXN.

The company is best known for the remarkable and extremely adaptable medium-format cameras it has produced since World War II. Yet, 1957 was the real turning point for the company. The 1000F was replaced by the 500C. The landmark 500C design formed the basis for Hasselblad’s product line for the next forty years, with variants still being produced in small quantities in 2008.

Below are a few fascinating pictures of Victor and one of the founders of Rollei Reinhold Heidecke ‘shooting’ each other, plus a short 13 minute video which will tell you all about the history of the company, so enjoy!