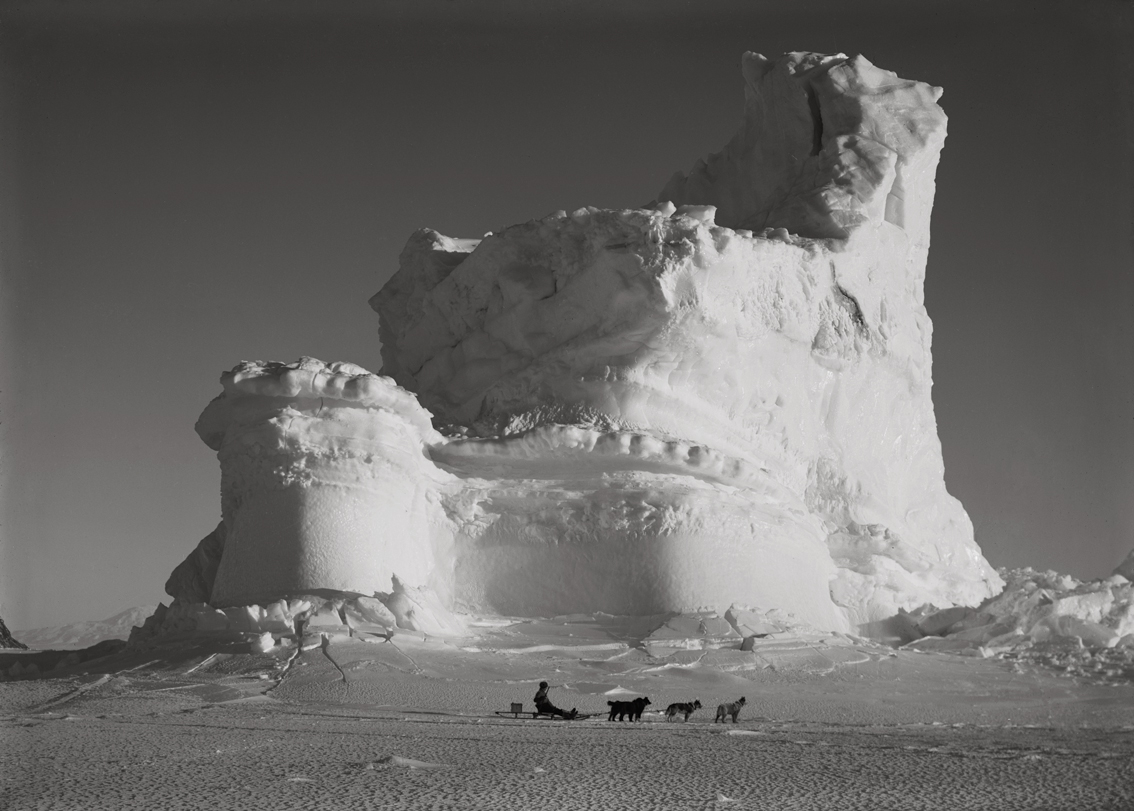 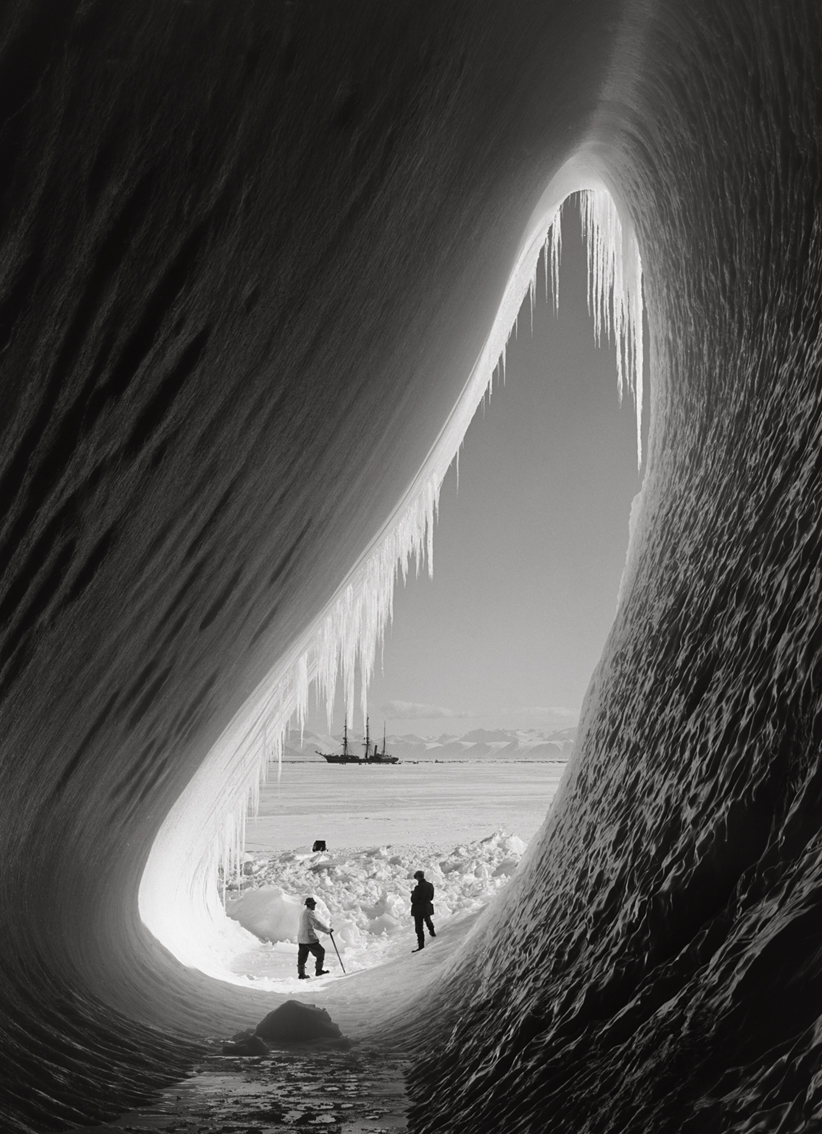 Over 60 photographs, taken from the legendary 1910 British Antarctic expedition, which was led by Captain Robert Falcon Scott is currently on display at the Chris Beetles Fine Photographs Gallery. This is the largest and most varied exhibition of Ponting prints ever staged in London, all of the prints are produced through the platinum process and were made using the original 8 x 10 negatives!

The British Antarctic Expedition, also called the Terra Nova Expedition, was Scott’s second attempt to reach the South Pole, and has become infamous as a tragic, but heroic, story of polar exploration. Herbert Ponting was the first professional photographer to go to the Antarctic. With his 8×10 plate camera and the darkrooms he built both on board their vessel, the Terra Nova, and at their camp, Ponting created an intimate record of this legendary race to the South Pole. Scott personally chose Ponting to document the expedition. He knew of the difficulties involved in photographing vast areas of snow, in particular the problems of reproducing perspective across the flat white expanse. Ponting spent eight months before the expedition set sale preparing and planning for the challenging task ahead.

The portfolio of images Ponting took over the two year expedition cover an array of subjects: Terra Nova captured in all her glory both at sea and stuck in the ice, the explorers in their living quarters, at work on board the ship and with their huskies and sleighs travelling through the snow and ice. He photographed his fellow adventurers socializing, relaxing, cooking and planning their daily routes giving the viewer a further insight into the day to day activities at the Cape Evans camp.

Ponting also took many striking portraits of the crew, taking them out of context and photographing them in front of a grey backdrop. Scott and the four others who accompanied him on the final leg to reach the pole died on their return journey. When looking at their portraits, Dr D. M. Wilson described them by saying,

‘… these were taken to record moments of glory within a great triumph.’

As well as focusing on the adventure at hand, Ponting entered into the wider scientific spirit of the expedition and photographed what he saw beyond the camp, capturing the wildlife and surroundings beyond it. Emperor penguins and glistening ice castles filled his lens, adding to the arresting and powerful documentation of this hitherto unexplored continent.

To use the words of Scott,

‘Ponting’s eye for a picture, and the mastery he has acquired of ice subjects; the composition of most of his pictures is extraordinarily good, he seems to know by instinct the exact value of foreground and middle distance and of the introduction of “life”, whilst with more technical skill in the manipulation of screens and exposures he emphasises the subtle shadows of the snow and reproduces wondrously transparent texture. He is an artist in love with his work…’