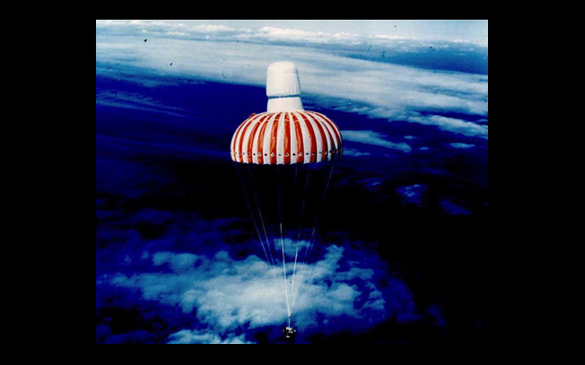 This is the incredible story of how the CIA, Cold-War spy satellites took photos of the Soviet empire and dropped them to back down to Earth, all without the help of computers or digital cameras. The mission: build a camera that can take high-resolution photographs of the Earth from orbit and return them to the Central Intelligence Agency. This is the task that the United States government gave to a group of engineers at the optical instruments company Perkin-Elmer in Danbury, Connecticut at the height of the Cold War. It was October 1966 and the new development of the new satellite system, Hexagon, was underway. The project was a follow-on to very successful Corona satellite program and a complement to the higher-resolution Gambit satellite.  All these programs required 315,000 feet of film to be dropped in re-entry vehicles from orbit and retrieved in mid-air by U.S. forces. Gambit and Hexagon were declassified late this year, and its engineers were profiled about 2 weeks ago by the Associated Press.

Hexagon was known as “Big Bird” and up to 1,000 Perkin-Elmer employees worked on the program during its peak in the 1970s. Almost nothing was known about the program, except for scraps of information that leaked out to reporters. For example, in 1977, the Associated Press reported, “At present, the United States has only one Big Bird reconnaissance satellite at a time in orbit. If the Big Bird were to be destroyed by surprise attack, it might be months before the Air Force could replace it. The American Big Bird… is said to be able to photograph from 100 miles up, photographing people walking the streets of Moscow.” The satellite programs were collaborated between optical specialists like the Perkin-Elmer researchers, Lockheed Martin’s satellite makers, Kodak’s film creators, and the Air Force’s pilots.

“From 1971 to 1986 a total of 20 satellites were launched, each containing 60 miles (100 kilometers) of film and sophisticated cameras that orbited the earth snapping vast, panoramic photographs of the Soviet Union, China and other potential foes. The film was shot back through the earth’s atmosphere in buckets that parachuted over the Pacific Ocean, where C-130 Air Force planes snagged them with grappling hooks.”

All of this is now detailed in the National Reconnaissance Office’s declassification reports about Hexagon, which includes a 72-page overview produced in 1978 and marked as TOP SECRET.